This Week in Horror Movie History – Wes Craven Presents: They (2002)

This week in Horror Movie History, on November 27, 2002, super-natural Horror film Wes Craven Presents: They was released in theaters across the USA.  Directed by Robert Harmon (The Hitcher 1986) and starring Mia Farrow-esque Laura Regan (Dead Silence 2007), Marc Blucas (Buffy the Vampire Slayer 200-02), Ethan Embry (Freakylinks 2000-01), Jay Brazeau (Insomnia 2002), and Dagmara Dominczyk (The Count of Monte Cristo 2002). The original screenplay was written by Brendan William Hood but was reportedly rewritten by ten different screenwriters hired by Pitch Black (2000) Producers Scott Kroopf and Tom Engelman. Although he was not involved in the rewrite, Hood is still listed as the screenwriter in the credits. The film’s music was composed by Elia Cmiral (Wrong Turn 2003), while the creature FX were done by Patrick Tatapoulos (Underworld 2003). Although the film grossed a total of sixteen million dollars, the estimated budget was seventeen million doors, making They a box office failure. 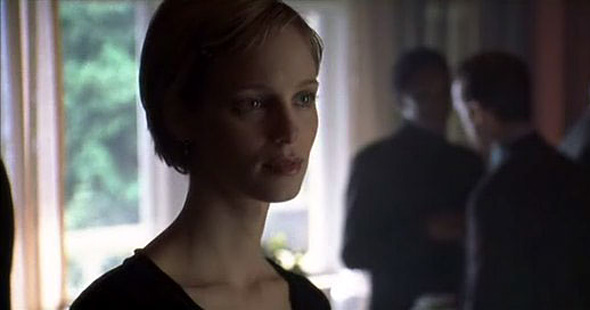 The movie begins in 1983, where five year old Billy (Alexander Gould) is afraid to go to sleep after a nightmare, but with assurances from his mom, he finally relaxes. He sees an ominous figure lurking in his closet and quickly hides under the blankets. When he peeks, he gets thrown onto the floor and dragged under the bed. Nineteen years later, Julia Lund (Regan) balances her upcoming Psychology thesis defense, her understanding boyfriend, Paul (Blucas) and her friends with the life-altering experience of witnessing her father’s suicide as a child and the night terrors that proceeded this. During a dinner with the adult Billy (Abrahams), a childhood friend, Julia learns that Billy believes that the night terrors they had both experienced as children were caused something supernatural. He says They cannot be in the light, and the signs that They are around are faulty electronics and crying babies. The jumpy, paranoid Billy pleads with her to stay out of the dark as he pulls out a revolver and shoots himself in the head. Later that night, with Paul sleeping on her couch, Julia wakens to the phone ringing, but there’s no one on the other end. She follows the sound of the running but empty shower and finds the stall empty. She is slowly drawn to the bathroom mirror but shrieks as a viscous black goo spurts out of the bathroom sink drain. Julia surreally opens the medicine cabinet mirror and finds a portal to some other dimension crawling with Them. Dreamily, she reaches inside but yanks her hand back, screaming. Her hand is covered in the same sticky sink drain ooze. Slamming the medicine cabinet shut in a  panic,  Julia sees a creature behind her in the now broken glass. When Paul runs in, Julia freaks out on him, imagining him to be one of Them. Everything appears to be normal to Paul, so he insists that she must have been sleepwalking. Was it really just a dream? 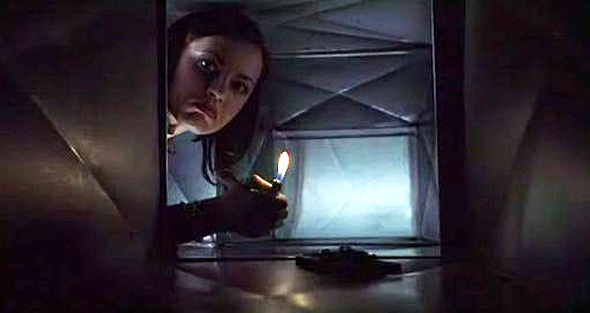 At Billy’s funeral, Julia meets two of his friends, Sam (Embry) and Terry (Dominczyk) and finds out that they, too, had had night terrors as children, and that Billy had tried convincing them to stay in the light. When Julia goes home that night, her car electronics start to stutter as an insectile creature crawls up onto her hood. The car stalls, and before she can get the engine to turn over, she sees an apparition of Billy, who scares her out of the car and into the road where she almost gets hit by a truck. Julia, Terry and Sam bond over the traumatic events that led to each suffering from night terrors as children. Terry and Sam agree that the night terrors are back since Billy’s suicide, along with the uneasy, paranoid feelings and strange skin marks that went with them, but Julia will not admit a thing. She visits her old childhood psychiatrist, Dr. Bloom (Brazeau), where she meets a little girl (Jodelle Micah Ferland) who repeats all of the freaky information she got from Billy. This finally convinces Julia that the creature are real and that she must heed her friend’s warnings. Before she can do anything to help them, first Terry and then Sam are killed by the creatures. After being scared out of her apartment, Julia finds her own mark from the creatures on her forehead while in an public bathroom and pulls a sharp, black splinter from the oozing sore. In a panic, she goes to see Paul, who thinks she sounds crazy like Billy and slips her a sedative. She takes off, pukes up the drug but ends up trapped in the subway, where she’s attacked by the creatures. After attacking some engineers that she saw as monsters, she ends up hospitalized. Dr. Bloom hears glass shatter from Julia’s locked hospital room and runs to her aide, but finds it empty. Thinking she’s escaped, the Doctor calls security, not seeing Julia trapped in the creature’s dimension behind the medicine cabinet mirror. As he closes the door, the electric light shining onto the mirror dimension is cut off, and the creatures attack the trapped Julia. 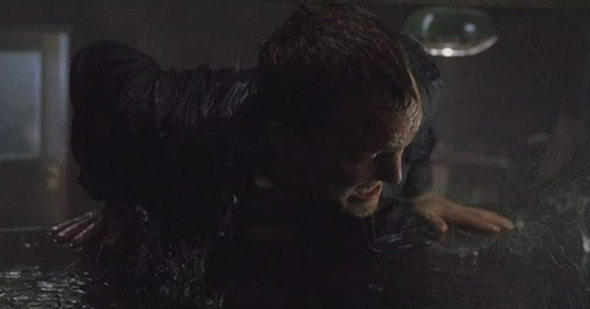 Two alternate endings were filmed for They, and although neither of them made it to the final cut in the June 10, 2003 DVD/VHS releases, the second ending made it to the Blu-Ray release on September 11, 2012. In the first one, Julia eventually makes it out of the mental hospital after convincing doctors that she has regained her sanity, only to fill her apartment with high powered lights. As she sits on her bed, a door in her hallway creaks open as the film cuts to black. The second alternative ending has the entire cast of characters from Julia’s story revealed as patients and doctors in the asylum where she has spent the entire movie. When one of the creatures enter Julia’s room, the audience realizes that They were merely delusions of her Schizophrenic mind.

Although Wes Craven’s name had been attached to the project, he was never involved personally. And although Rotten Tomatoes gives They a 38% fresh rating, one wonders what this movie could have become if the Producers had kept Hood’s original script. 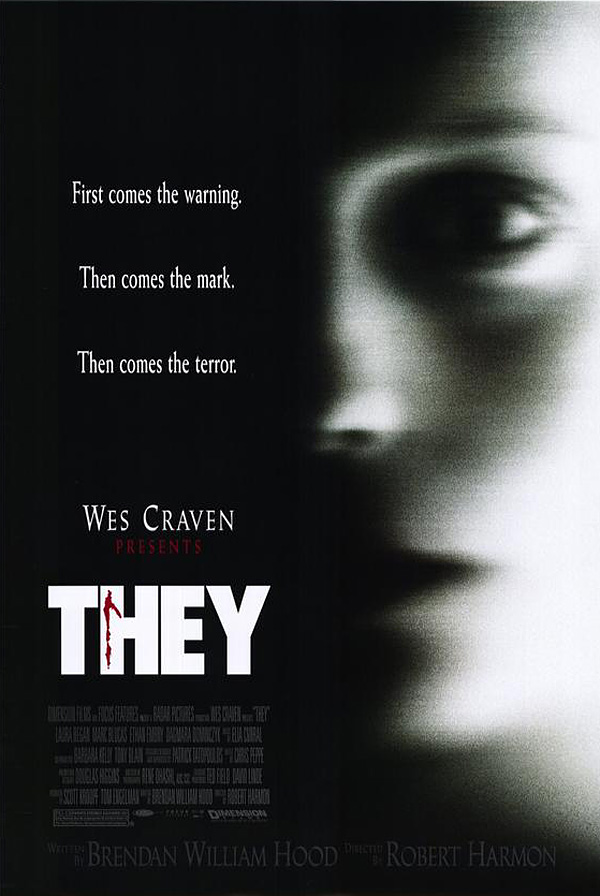 Purchase Wes Craven Presents: They on Blu-ray on Amazon