Theaters thundered as the Marvel Cinematic Universe’s latest film stormed the nation on Friday November 3, 2017. That film is Marvel Studios’ Thor: Ragnarok, the third to feature the God of Thunder and seventeenth in the MCU overall.

This time around Director/Actor Taika Waititi (What We Do in the Shadows 2014, Hunt for the Wilderpeople 2016) helmed the film, written by Eric Pearson, Craig Kyle, and Christopher Yost. A stark contrast to the first two Thor films in the MCU, 2011’s Thor and 2013’s Thor: The Dark World, Thor: Ragnarok is a colorful thrill ride that, while treading through established action tropes, thoroughly entertains with humor as well as charming characters. 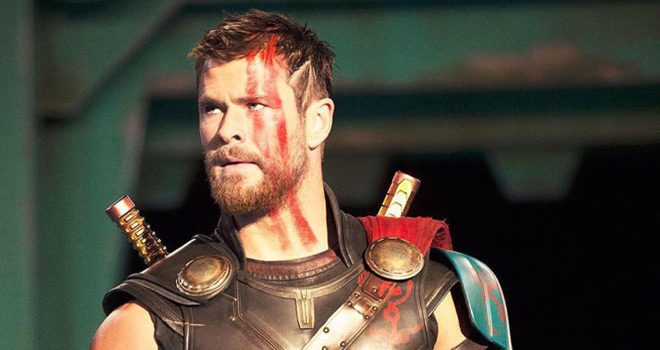 Returning is Chris Hemsworth (Thor 2011, The Avengers 2012) reprising his role as the titular character in the new adventure. After hunting for the ‘Infinity Stones,’ Thor returns to his home world, Asgard, where he discovers all hell is breaking loose. Along with his brother Loki, played again by Tom Hiddleston (Thor 2011, Kong: Skull Island 2017), Thor is blasted to alien garbage-slash-gladiator planet Sakaar. There, he must fight against friend and foe to survive and get back to Asgard to face his long-lost, bloodthirsty, and somewhat insane sister Hela, portrayed by Cate Blanchett (The Lord of the Rings: The Fellowship of the Ring 2001, The Curious Case of Benjamin Button 2008).

The aforementioned Waititi is a relative newcomer to film, especially blockbusters, but his 2014 Horror Comedy film What We Do in the Shadows showed a remarkable ability to lighten dark subject matter and keep it from going over-the-top. An inspired choice to direct, he drew from sources like 1986’s Big Trouble in Little China and the Guardians of the Galaxy films to build a tongue-in-cheek, team-up Action flick that not only advances the metaplot of the MCU, but stands alone as one of the best of the seventeen films. He also played soft-spoken, hulking, fan-favorite, rocky alien Korg in the film. 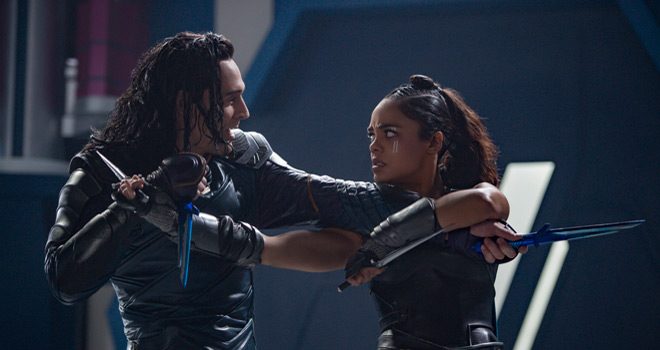 Along with vintage films, Thor: Ragnarok benefits from older styled music. Mark Mothersbaugh, of Devo fame, headed music department, along with Supervisor Dave Jordan. A recent surge in the popularity of ’80s nostalgia, fueled by masterpieces like Netflix’s Stranger Things may be to credit. Hearing synthesizer fueled action sequences, mixed with “Pure Imagination” from Willy Wonka, and “Immigrant Song” from notoriously selective-licensing rock gods Led Zeppelin may sound, well, weird. Somehow, it works. There is even a hilarious sequence where Jeff Goldblum’s hologram pops up in his personal pleasurecraft and sings, “It’s my birthday!”

All the lovely fun of the film counted, it does have faults, some more subjective than others. The plot provides little surprise or innovation,  and neither does the fight choreography. Also, toward the end the pace ramps up so fast, in fact, you can almost sense the six-extra-hours-of-footage, director’s cut 4k UHD HDR blu-ray from 2018. And, while the tone of the film makes for a much better Thor, sometimes the drama and heart falls flat, like the pop you forgot to drink while absorbed by the movie’s action and charm. 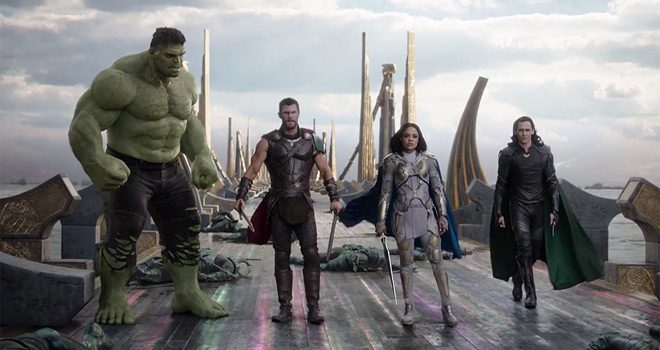 Overall, Thor: Ragnarok is a classic popcorn flick. No one will line up to shower it in Oscars, but the movie is fun, entertaining, and a refreshing change in direction from the first two installments. The music and humor will stick with you, possibly Hemworth’s ridiculous physique, too. And, while many of the fights are basic, the epic battle between Thor and Hulk is worth the price of admission, with the rest of the movie as bonus. Impressed with the movie, but saddened by the fractured remains of Thor’s mighty hammer Mjolnir, CrypticRock gives Thor: Ragnarok 4 out of 5 stars. 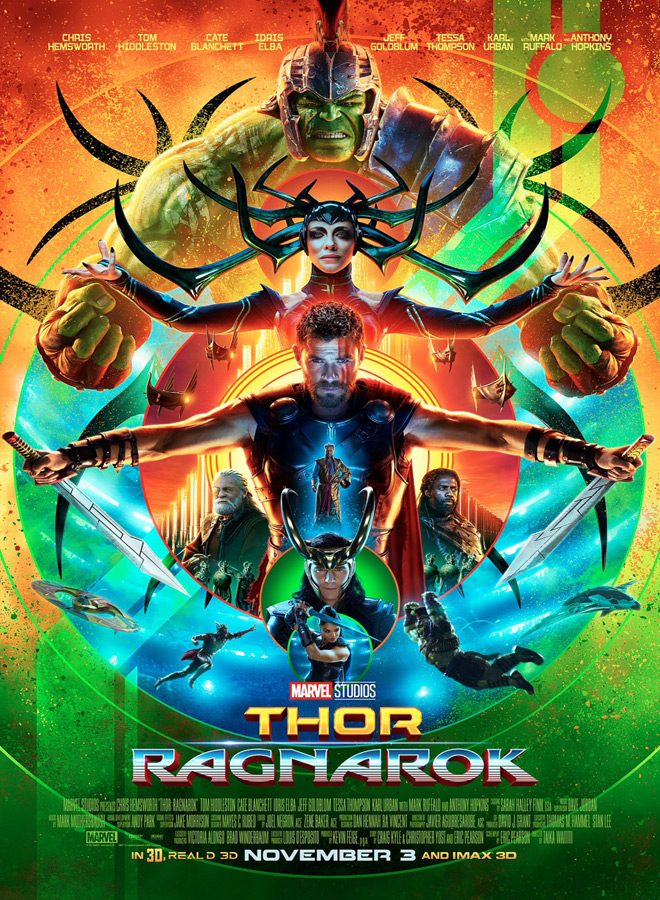 Brush up on all Thor films: