When Thor was released in 2011, to many comic fans this was an exciting time. Thor has always been a beloved character in Marvel history, and it was a matter of time before they brought him to life on the big screen. The film was a success with mostly positive reviews and making a load at the box office. It is in fact the tenth highest-grossing Marvel film, and the fifth highest-grossing film in the Marvel Cinematic Universe. Looking to streamline all stories of their characters, everyone came together in The Avengers (2012). Now in 2013 we are brought the 2nd installment into the Thor series with Thor: The Dark World. 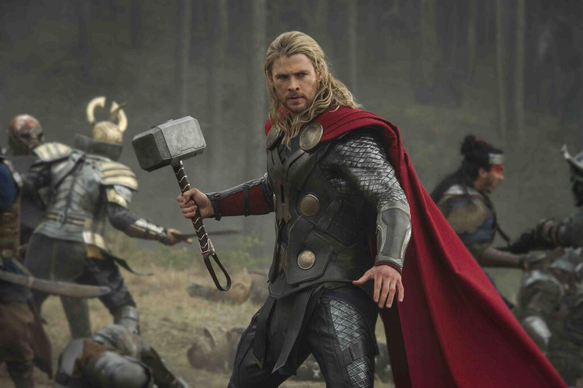 Just like its predecessor, the highly anticipated Thor: The Dark World started out with not much of a back-story and jumping directly into the action. Obviously the film is supposed to be after the events in The Avengers and everything that happened thereafter. The back-story of this film is around a powerful source of energy known as Aether that can consume everything and in hand destroy everything. A dark elf named Malekith, portrayed by Christopher Eccleston (Dr. Who), wants to demolish the universe but is stopped by Bor, Odin’s (Anthony Hopkins) father. Bor and his army overpowered Malekith presuming defeating them and saving the universe. In a desperate attempt Malekith escaped with some of his army into an eternal slumber in a spaceship. The Aether was hidden and the story became known as a myth.

Now in present time, the Nine Realms will align again; this alignment makes the boundaries between all of them weak and easy to penetrate. Jane Foster (Natalie Portman), intern Darcy (Kat Dennings), and Erik Selvig (Stellan Skarsgard), discovered these anomalies and look to further research them. While wandering off during her investigations, Foster accidentally discovers the Aether and it inhibits her. With the Nine Realms, this event awakens Malekith and other dark elves from their deep sleep. Locating to avenge their defeat, the dark elves attack Asgard by surprise causing devastating destruction. In the attack queen of Asgard, Frigga (Rene Russo), stands up to Malekith and his minions only to be killed. This is perhaps one of the most emotional scenes in the entire film in which Thor and Odin find beloved mother and wife slayed. Imprisoned for his acts of atrocity, brother Loki (Tom Hiddleston) seems rather indifferent to his family until he finds out of the death of his mother Frigga. Thor ( Chris Hemsworth) calls upon Loki to save Jane and prevent Malekith from destroying the universe, a rather interesting turn of events. You are left to ponder can Loki really be trusted?

With this the movie has a solid story line, perhaps better than the original. The plot develops at an even pace from start to finish. There is a good amount of comedy mixed in with edge of your seat action. You are given a deeper look into the obscurity which is Loki. There was an extremely dark atmosphere behind the entire film, and Malekith and the dark elves really gave you a doom-like feeling. It would have been interesting if there was more character development behind Malekith and his army. It’s clear they are evil but not much else given as to where they came from. 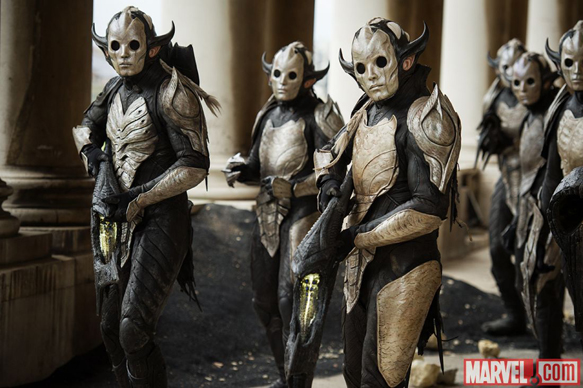 The special effects in Thor: The Dark World are top notch and was well worth watching it on IMAX 3D. Too often CGI effects are so poorly executed, making a film unwatchable to avid film lovers. The effects in the film are clear, believable to an extent, and not offensive to a movie lover looking for something that does not resemble a video game. Where the film is successful in effects and an interesting story, it lacks in onset character chemistry. This was an issue with the first Thor (2011) film and continues to plague the series. In many instances the brotherly love between Thor and Loki was more convincing than the love between Thor and Jane. Hiddleston kills it with his portrayal of Loki and is well deserving of a movie of his own based on his performance. Hiddleston’s voice is pronounced, and even though Loki is the villain, you can’t help but find him enduring. Hemsworth is great as Thor in physical appearance and dialectic. He does a quality job keeping the composure one would expect from Thor and hope to see him develop the character more as the series progresses. Portman has been an exceptional actress from the time she starred in Black Swan and does a fine job in this film as Jane Foster.

If you are going to see Thor: The Dark World for entertainment reasons, by all means you will not be disappointed. If you are approaching the viewing as a piece of film art you may be slightly disappointed. There is no doubt Hiddleston is the only one in the movie that raised the bar. With the surprise ending there is hope Hiddleston will be back for the next Thor film to reprise his character as Loki. We recommend you wait until the end of the credits for hidden scenes which will keep you on edge wondering where the next film will go from here. Cryptic Rock gives Thor: The Dark World 3.5 out of 5 stars. 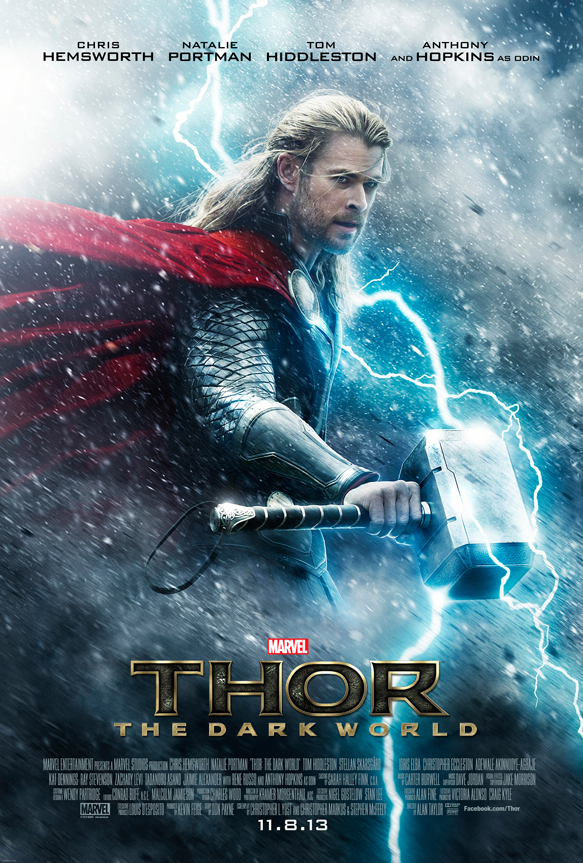