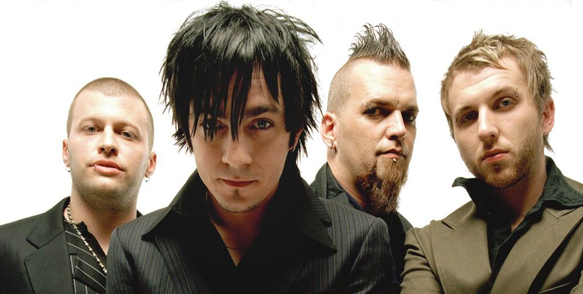 Released June 13, 2006, One-X was the highly anticipated sophomore album from Canadian Hard Rock band Three Days Grace. With all eyes on the fast rising act following the success of their 2003 self-titled debut, Vocalist Adam Gontier, Lead Guitarist Barry Stock, Bassist Brad Walst, and Drummer Neil Sanderson entered the studio in winter of 2005 to prove they were more than a flash in the pan. With that said, One-X continues their track record of developing deeply personal songs reflective of their own inner turmoil and trials. Instead of their usual method of writing as a band, Gontier wrote most of the material while in rehabilitation from his Oxycontin addiction. As a result, the lyrical content feels especially dark and relatable, as everyone has had to battle their own demons. Now, ten years later, we take a look back at the album that was basically Gontier’s journal set to music.

Entering the Billboard 200 albums chart at No. 5, One-X officially released four singles, “Animal I Have Become,” “Pain,” “Riot,” and “Never Too Late.” The first single released was “Animal I Have Become,” which directly addresses the nature of addiction and its ability to transform a person into a completely different being or “animal” –  wild, unruly, and primitive. It is not until one falls into the darkest parts of ourselves that one realizes they cannot fix it alone and that becomes part of the message in “Animal I Have Become.” Gontier calls for help in the song, singing, “Somebody help me through this nightmare, I can’t control myself.” Following this single, “Pain” was released as the second single and continued the saga of Gontier’s road to self-enlightenment and addiction recovery. In “Pain,” he talks about how he often chose the anger and pain he felt while intoxicated over the numbness he would succumb to otherwise and how he became tired of feeling that way. The content of the song, even without knowledge of its actual meaning or backstory, really resonated with audiences at the time and continues to hold potency for its raw honesty and impact.

Similar to the impact of “Pain” was that of the third single, “Never Too Late,” which went on to become one of the band’s most radio successful songs at the time. Championing the theme of coming out of your darkest place, the song was taken on by many as an anti-suicide anthem. The heavy riffs and deep, bellowing percussion fills the chest and adds to the heft of the lyrics with the final chords ringing out the hope and determined message the song aims to achieve. If “Never Too Late” is the anthem of determination, “Riot” is the anthem of the pissed off and fed up. For those tired of the feelings of defeat and being overcome by their circumstances, Gontier wrote “Riot.” The song is all about rebelling against your own feelings of being overburdened and frustration to take action and make change. It was one of the few songs the band had released that contained profanity and was even featured in WWE SmackDown vs Raw 2007 video game.

Of the songs not released as singles from One-X, “Over and Over” stands out for its confrontation of the nature of addiction and falling into the same pitfalls over and over again. The chorus laments, “Over and over I fall for you. Over and over I try not to.” One of the things that helped set Three Days Grace apart from their contemporaries early in their career was the power and distinction that was Gontier’s vocals, accompanied by the intense and jagged riffs that highlight their instrumentation, and both of these things were polished to a shine on One-X.

Finally, “Gone Forever” and title track “One-X” help bring the album to a close, and manage to do so perfectly. They are the closure Gontier and the listener needs after the tumultuous journey both have just endured. For Gontier, it is a song of triumph about overcoming his addiction and moving on with his life without the extra weight that burdens. For the listener it is left open to mean either the same thing if they have had issues with addiction, or a song of closure on a relationship of any kind and the freedom that comes with your toxic other half being “gone forever.” Then, in closing, the final song on the album, “One-X” has a bit more soulful rhythm to it and opens up a grander chorus. It says that it is okay to get knocked down as long as you get back up. It is a call to arms against depression and defeat with the men of Three Days Grace at the forefront and Gontier at the helm. He is saying it is okay to stumble, but you are not alone, everyone falls and no one gets through anything alone: “We are one.”

At the time it was released, One-X stood out as a cut above the rest when it came to Rock albums at the time, thanks to the emotional catharsis of Vocalist Gontier and the instrumental prowess of Stock, Walst, and Sanderson. What is most impressive about the album is its ability to still be relevant and poignant after ten years. In a time where more and more Rock stars have both succumbed and suffered from their addictions as well as succeeded and celebrated their victory over them, many have been lost along the way. Whether it was to the drugs and alcohol, or mental health issues as a result of their abuse, the world has lost many of its musical heroes to their vices. So, for an album like One-X to stand definitely as a symbol of success for one of the most distinct voices in Rock remains a testament to the power of self-preservation. Anyone feeling down, struggling with something bigger than themselves, or just feeling nostalgic for Gontier-era Three Days Grace, try giving One-X another spin. 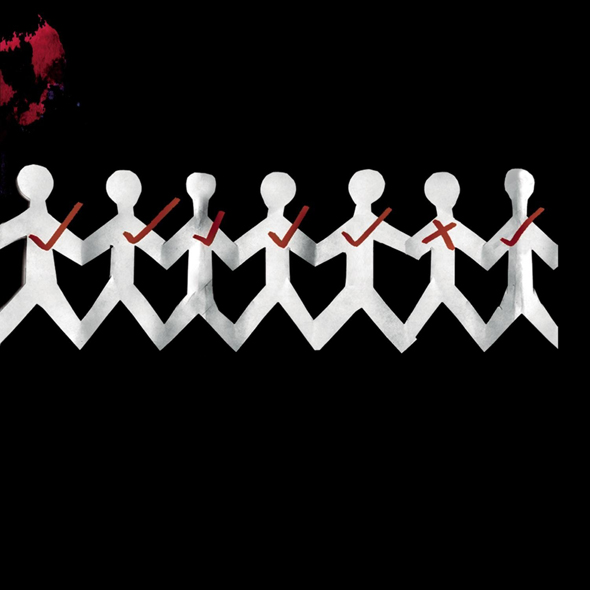 The Agonist – Days Before the World Wept (EP Review) Steve Conte Premieres “Dog Days of Summer” Music Video
Like the in-depth, diverse coverage of Cryptic Rock? Help us in support to keep the magazine going strong for years to come with a small donation.