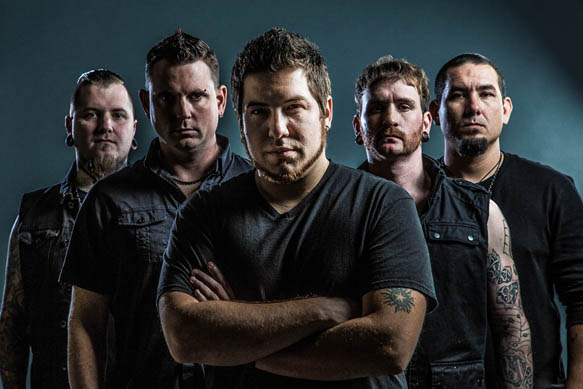 It appears the Midwestern United States is loaded with talented young rock bands that are emerging from of the cracks.  Hailing from the Quad Cities of Illinois-Iowa is the promising and talented band called 3 Years Hollow. After a name change and a couple of line-up changes the band self-released their debut album Ascension (2008), followed by their EP Remember (2012) which produced their most successful radio single and music video to date, “Chemical Ride”. Their impressive resume includes sharing the stage with such bands as P.O.D., Pop Evil, Eye Empire, Royal Bliss, Chevelle, and many more.  Consisting of Jose Urquiza (lead vocals), Tony Reeves (Guitar), Neil Kuhlman (Guitar/Vocals), Dex Digga (Bass/Vocals) and Chris Cushman (Drums); the band has joined forces with Clint Lowery of Sevendust to produce their debut label released album via Imagen Records titled The Cracks.

The album opens with the upbeat track “The Devil’s Slave”, which is brought in by lighter guitar riffs along with strong vocals from Urquiza making for an enjoyable and catchy beginning to the album. Next in line is the well known track “Chemical Ride” with smooth and focused guitar riffs, undertones of a fluid bass from Digga, and crisp driven beats from Cushman sewn together with Urquiza’s melodic vocals.  It is clear to see why this sound has become a fan favorite.  The proceeding track “For Life” features a guest appearance by Lowery which steps it up a notch with a deeper, heavier sound.  Lowery hits all the right notes in a memorable guitar solo and full chorus. Cushman’s drumming proves to be more prominent on this track, weaving in with intricate riffs from Reeves and Kuhlman.  The song definitely shows that the band can get down and dirty.  A third of the way through the, the title track “The Cracks” gives listeners a good feel of what the album is about. The deep-seeded neutrality of the lyrics makes this song extremely relatable.

The album moves on with “Fallen” and “Taken By All”, making the listener want more.  It is tracks like “Hungry” that shows exactly why this band won the Ernie Ball- sponsored Rockstar Energy UPROAR Festival “Battle of the Bands” in 2012. Urquiza’s vocalization seems to evolve throughout the album with elevated performances full of energy and passion. Songs like “Run Away”, “We Belong”, “Take The World”, and “Lost” continue the consistent flow of the album. Concluding The Cracks is an impressive song titled “Remember”.  A well written track through and through, this is a great and strong finish highlighted by a driven guitar solo and a chorus that will resonant in your ears for days on end.

Three Years Hollow is proving to be a very talented and promising band who will continue to progress in years to come. Their sound is the future of hard rock with deep, energetic, and consistent melodies.  The Cracks should catch on quickly and is a worth addition to collection of any fan of the genre. CrypticRock give this album 5 out of 5 stars. 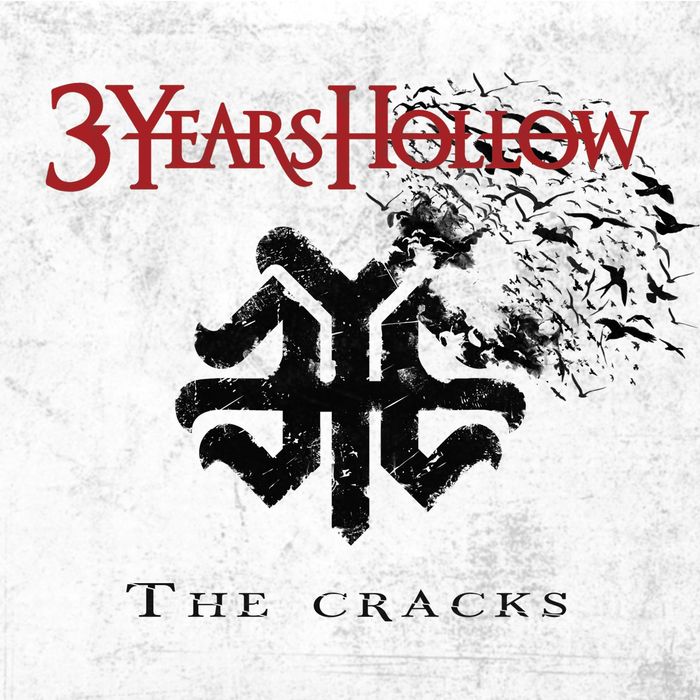 Papa Roach – Greatest Hits Vol. 2: The Better Noise Years (Album Review) You Me At Six – Suckapunch (Album Review)
Like the in-depth, diverse coverage of Cryptic Rock? Help us in support to keep the magazine going strong for years to come with a small donation.