Thrice – To Be Everywhere Is To Be Nowhere (Album Review) 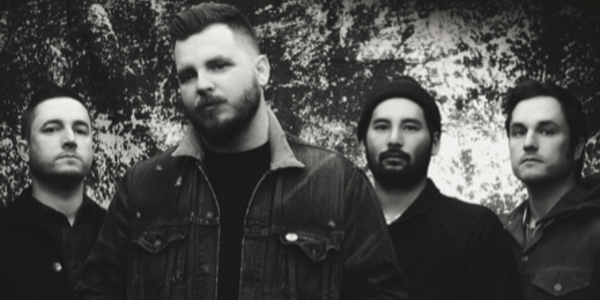 Hailing from Irvine, California, the Post-Hardcore band known as Thrice has been going strong since 1998. Formed by Vocalist/Guitarist Dustin Kensrue and Guitarist Teppei Teranishi, the two knew one another from their days in high school, previously a part of the band Chapter Eleven. A new beginning for the young musicians, Teranishi asked his skate park friend Eddie Beckenridge to be their Bassist, and then his brother, Riley Breckenridge, to play the drums. Self-releasing their 1999 EP, First Impressions, out of their cars, by April of 2000 they had released their debut album, Identity Crisis, via Greenflag Records, donating a portion of the proceeds to charity.

Continuing to grow, Thrice made a major breakthrough with their fourth album in 2005, Vheissu, anchored by hit singles “Image of the Invisible” and “Red Sky.” On everyone’s radar, following 2011’s Major/Minor, Thrice went into hiatus, stating they needed a break from touring after thirteen remarkable years. A time to recollect, during the hiatus, members spent time with family or even played in other bands, but now they are back in 2016. A long four year break, Thrice return to the Alternative Rock/Post-Hardcore scene with their ninth studio album, To Be Everywhere Is To Be Nowhere. Released on May 27th via Vargant, just a couple of weeks later, it has already gained momentum in popularity as more and more fans are awakened to Thrice’s return.

The album opens with their “Hurricane” and immediately, the melodic melancholy of guitar gently filters in, leading into Dustin’s rough, yet gentle vocals. Thrice has always been known for their lyrical composition, and “Hurricane” showcases their ability to story-build. The song describes an oncoming storm, romanticized through the perspective of one lover speaking to the other, asking, “How do we find harbor from the hurricane?” The music is almost like surrender to the nature of the destructive storm, with its slow tempo and soothing instrumentation.

Next track is “Blood on the Sand,” a song that gained popularity the moment it was released, with an underlying political agenda. Thrice has stated they wanted to touch upon some of the very potent political issues of today, and they have succeeded with this song. With music that sounds sorrowful, angry, and even a tad rebellious, the words of the chorus line stand out in a moment of chilling reality, “There’s blood on the sand, there’s blood in the street, and there’s a gun in my hand or there might as well be, and I’m sick of it-so sick of this.” It is this kind of power that defines a band, the ability to convey a meaning and message to their fans. The song is intense and it almost hurts to realize these truths about society.

Dustin was quoted as saying this about the political message on the track, “After watching a year of fear make people do terrible things, and now on the precipice of more of the same, this song is an anthem for anyone that’s had enough of it.” This song was definitely a high-point for an already impressive album introduction.

Following is third track “The Window,” hosting a Grunge edge to the instrumentation, but a Country sound to the vocal tracks. This song is interesting because its lyrical composition is inspired by the works of C.W Lewis, who has always been a major influence on Thrice’s sound. The message, though not political, is equally as jarring. The perspective is that of a person locked away in a room with no way out in sight, a metaphor for people being the prisoners of their own mind, unable to comprehend anything but what they already know.

Though all of these songs were completely astounding and awe-inspiring, some seemed to stick out more than others on the album. Each song detailed a different message to the respective listener. Fourth track “Wake Up,” with its dirty sound, also featuring a Country edge, warns against complacency. Fifth song “The Long Defeat” is another political lamentation with a harder sound, echoing previous themes of the band bemoaning the fate of a very broken world, damaged beyond what can be repaired.

“Black Honey,” the seventh track, seems to be the contender for the most symbolic, yet profound political message yet. With the standard harshness that is Thrice’s sound, the song, at first glance, seems to remark on a person who cannot fathom why their forceful ways – swinging their hand through a swarm of bees – never works. It is actually a remark on the United States government’s interference with foreign policy, tastefully addressed by the band in an angry and desolate crescendo of music and lyrics. Thrice hits hard on the substance of life on To Be Everywhere Is To Be Nowhere on every single song. With that said, by the time the listener has reached last track, “Salt and Shadow,” they will have been taken on a journey of man versus society and man versus himself.

From torrid romance, to the loss of humanity in a world seemingly left barren and without a moral God, Thrice has outdone themselves with To Be Everywhere Is To Be Nowhere. There is not a living person who could listen to this album and not be forced to truly reflect and think on their own lives, and the world surrounding them. Just like their previous works, Thrice has come through with an album that encompasses their unique edge and even strays out of the confines of their usual genre boundaries. In enough words, it could be one of their greatest albums yet. CrypticRock.com gives To Be Everywhere Is To Be Nowhere 5 out of 5 stars. 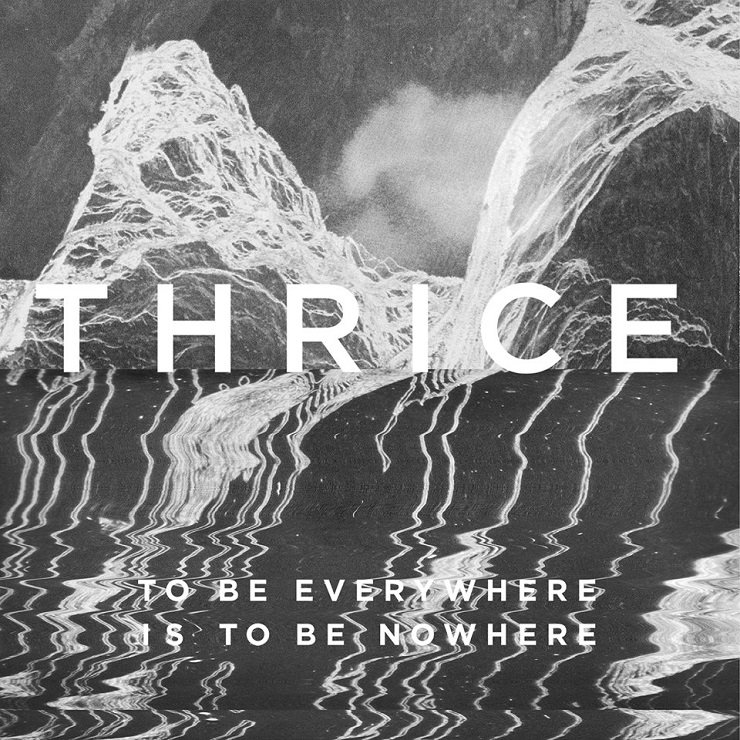