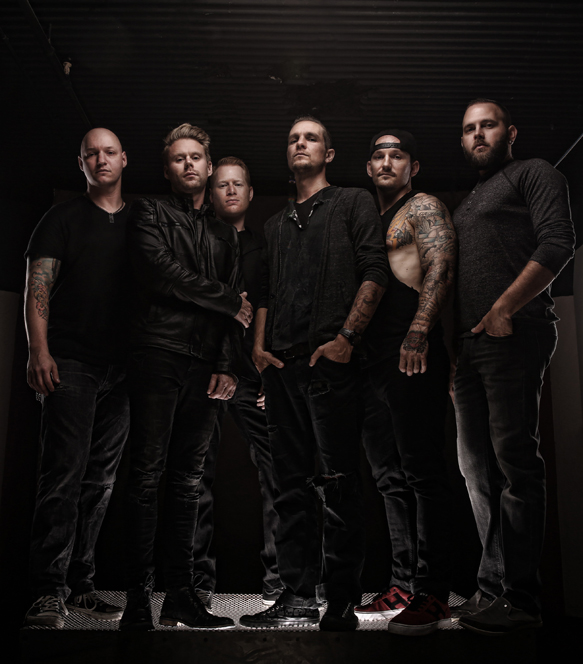 Already leaving a massive trail behind them, the band known as Throw The Fight clearly puts dedication, hard work, and music before anything else. Originally coming together in Minneapolis, Minnesota, as a talented five piece, it was already plain to see their ultimate goal as musicians. After a couple of demos, as well as a new member later, James Clark (Vocals), Ryan Baustert (Guitar), Jeff Baustert (Drums), Kade Kastelitz (Bass/Vocals), Kris Weiser (Guitar), and Brandt Jorgensen (Guitar), put their heads together to create what is known as Throw The Fight.

With a fantastic discography including 2003’s Throw The Fight, 2006’s The Fire Within, 2008’s In Pursuit of Tomorrow, 2012’s What Doesn’t Kill Us, and 2013’s The Vault, as well as a full list of tours under Throw The Fight’s belt including Bullet For My Valentine, Black Veil Brides, Avenged Sevenfold, Vans Warped Tour, and Monster Energy Outbreak Tour, this band has triumphed in a relative short span of time. Not only making it on the Billboard’s Heatseekers chart and working with successes such as John Feldmann, Throw The Fight is constantly gathering a plethora of dedicated fans, who are always right there beside them. Now, back better than ever, with heavier, catchier songs, Throw The Fight’s Transmissions, released via Bullet Tooth Records on April 8th, is already gathering a bigger crowd and drawing more attention. Working with talents such as Carson Slovak and Grant McFarland (August Burns Red, Texas In July, Live), Throw The Fight are unstoppable.

With their Alternative Rock background, Transmissions kicks off with “Don’t Let Me Down,” intriguing listeners instantly as they delve deeper into this ten song masterpiece. With just a touch of Punk influence, Throw The Fight reaches all audiences within the scene. Next up, “Drown With Me” is a bit heavier, vocally, alongside angsty guitar riffs. This track gives more insight to the band’s musical range with lyrics being chanted and screamed, as well as overall invigorating instrumentation. Lyrically, this track is about being in a relationship that is going nowhere, but staying because of the fear of the unknown.

Taking their range a bit further, “Gallows” is the antithesis of other tracks found on the album. The song, while cleverly written, shows the demanding and dynamic sides of Throw The Fight. Upbeat and pushing ahead, this piece defies the band’s past sound. The bar is raised even more with “Bury Me Alive,” a track that starts out slow and mysterious only to pick up sooner than later. This track is richly textured with emotionally performed vocals and vigorous guitar alongside percussion supporting parts. Sticking with an angsty feel, “No Surrender” is fueled with thunderous vocals and pounding instrumentation. Warranting its place on the album, this track is one that will not be forgotten.

Progressing even further, “Scream Out Your Name” shows listeners exactly who Throw The Fight is. With their Rock ambition and fast-pace tempo, this track is the tour de force of Transmissions. Shifting the tone of the album to show a softer side of Throw The Fight, “Passing Ships” is mellow and light. Being easier to listen to, this track is acoustic and brings calm vibes to the table, showing the more vulnerable side of the group.

Jumping right back into the energy-crazed tunes, “There’s No Escape” is a dark and thrilling track. With intricate guitar riffs and head-spinning vocals, this song will catch anyone’s attention. “The Broken Youth” kicks in next, bringing even more energy than ever. With the same feel as the track before, this one stands out to all listeners as it is powerful and groundbreaking. Lastly, Throw The Fight brings us their title track, “Transmissions,” a fun, upbeat, and inspirational song that is the perfect way to close out a beautifully mastered album.

Demanding attention and clearly receiving it, this is an album that was worth the wait. Interesting from start to finish, Transmissions never bores listening ears and constantly pushes boundaries for music that has yet to come. While Throw The Fight plans on being on the road for the rest of the year, listeners can enjoy their new music while supporting them at upcoming shows. CrypticRock gives Throw The Fight’s Transmissions 5 out of 5 stars. 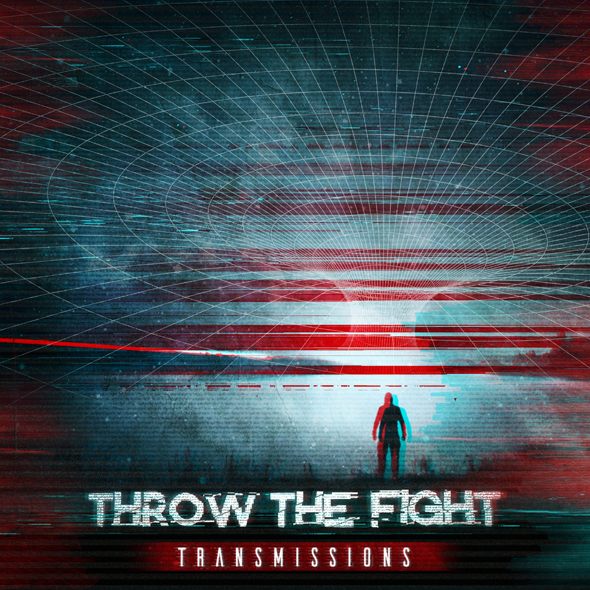