Thunder – Rip It Up (Album Review) 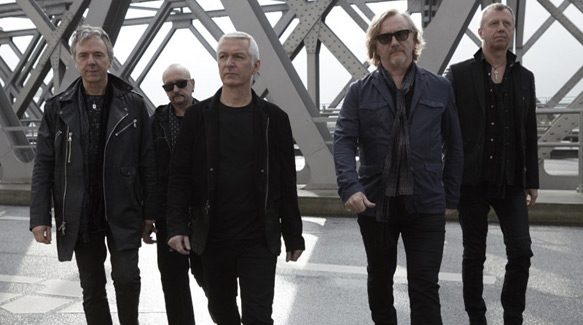 Hitting the big time following the release of 1990’s debut, Backstreet Symphony, success did not magically happen overnight for the members of English Rock band Thunder. With roots dating back to 1980’s Nuthin Fancy through Terraplane, Thunder was born when Vocalist Danny Bowes and Guitarist/main Songwriter Luke Morley joined up with Drummer Gary ‘Harry’ James, Guitarist/Keyboardist Ben Matthews, and Bassist Mark ‘Snake’ in 1989, cementing themselves in the British Rock scene.

With a history together that spans almost three decades, Thunder has sustained lineup changes, a breakup, and the Grunge era, going on to become quite prolific in recent years. Releasing Wonder Days back in 2015, the original team, with Chris Childs on bass since 1997, seems to have caught a second wind as they jump into 2017 with their eleventh studio album, Rip It Up. Released in the UK as of February 10th and set for release on April 21st in the US, Rip It Up aims at pushing Thunder beyond all limits, literally ripping up the rule book and going further than the band ever has before.

Released via earMUSIC, the eleven tracks of Rip It Up were produced by Morley himself while recruiting Lynne Jackaman, Heather Findlay, and Susie Webb on backing vocals, giving it a hint of soul to complement the powerful vocals of Bowes.

Taking off with a rawkus opening, “No One Gets Out Alive” delivers a clear message about living life in the present and not wasting a single day. A mix between classic Rock-n-Roll and a brilliant bluesy breakdown midway through, the song’s energy seems to stem from the drive of James’ drumming. Following is the title-track, “Rip It Up,” which has a hypnotic walking bass line and refers to the ambition of the band, their determination to challenge, and stretch themselves to being the best they can be. Next comes something of a social commentary, without passing judgement, on a cut called “She Likes Cocaine.” Featuring Lynne Jackaman, she provides some stunning soulful guest vocals that really lift the track, while the guitar work is decedent.

Slowing things down, “Right From The Start” showcases Bowes vocal prowess in what is a passion fueled ballad musically equivalent to snuggling up with a duvet on a cold winter’s day. Getting the Rock-n-Roll groove back, “Shakedown” focuses on being fooled by a fake public profile; it is quite political and with the rise of ‘fake news,’ is very apt and on-topic.

Thereafter, “Heartbreak Hurricane” is a powerhouse, taking listeners’ emotions on an intense ride, creating a picture through music. Another slow-burner, “In Another Life” is in the same bluesy vein as “Black Velvet” by Alannah Myles. That said, it is rich in texture with simple rhythms that burn an impression, etched with regret and chances wasted.

Moving forward, “The Chosen One” has the drama of a ’80s detective series combined with the energy of a workout video, an odd combination that somehow works. Darker and more threatening, “The Enemy Inside” is about never learning from your mistakes, your evil twin who leads you astray or the devil on your shoulder whispering to your conscience.

Offering a repetitive groove, in order to embed itself in one’s subconscious, “Tumbling Down” conveys a feeling of falling apart and life going wrong, but not letting it defeat you. Lastly, the Blues tinged “There’s Always A Loser” drives home the sentiment that life is not always fair. Dominated by the percussion, James is on top-form and it really complements Bowes’ vocal style.

Thunder are about writing classic Rock songs and performing them to a world-class standard, and Rip It Up is no exception. This band evolved and developed over the twenty-seven years making this collection of great stories and strong musicianship something the band can be proud of. Thunder certainly does not live in the past, they are not resting on laurels or playing in a nostalgia band; this is current, it is today, and it shows that they have a future to look forward to. For these reasons, CrypticRock gives Rip It Up 5 out of 5 stars. 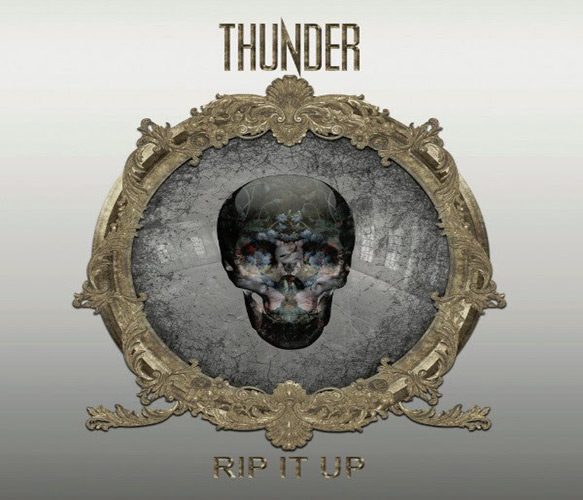