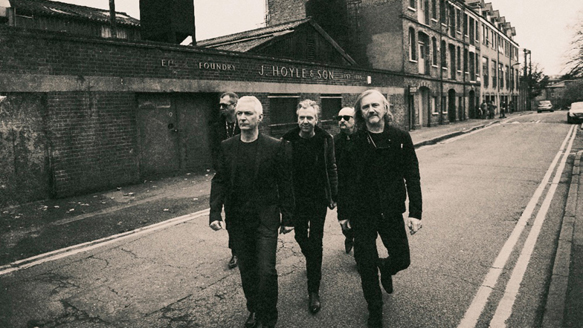 Epitomizing Classic Rock, wonderfully quirky, and rich in tone, Thunder is epically British. These exceptionally talented musicians have been around for so long that they have come back into fashion again. In the last twenty-five years they have come and gone and come back again, selling enough albums to reach platinum and hitting the top 40 no less than eighteen times. Now here they are back in 2015 with a brand new album entitled Wonder Days. For those unfamiliar, Thunder is Danny Bowes (lead vocals), Luke Morley (guitar/vocals), Harry James (drums & percussion), Ben Matthews (guitar/keyboards), and Chris Childs (bass). The album Wonder Days, their tenth overall and first in six years, was recorded at Rockfield Studios, produced by Luke Morley, and mixed by Mike Fraser, who also worked on the band’s earlier albums.

On Wonder Days the influence of ’70s Rock is obvious in the band’s style, but they stamp it with their own mark. Delightfully nostalgic, the album is a blend of blues, soul, and rock n’ roll that has a timeless quality. The album opens with the title track, “Wonder Days,” which is a reminiscence of the band’s youth, when they first got into music. The song dwells on the way that music made them feel, the pure wonder of that time, and a wish to regain that feeling once more. Bowes has a charismatic voice, strong and instantly recognizable. Showing off his lush vocals, “The Thing I Want” is a lustful Rock-n-Roll number with some fun lyrics and a solid drum beat. The wistful acoustic “The Rain” is almost Folk-like in style, beautiful and regretful, with echoes of a spiritual heart. With a great groove and a bad boy rebellion at its center, “Black Water” brings the album back to beefy riffs and pounding drums. “The Prophet,” a moral warning, could be a James Bond theme tune; it has that grandness within its structure. Another nostalgic look at life, “Resurrection Day” is a celebration. Full of joy, it is a stunning live track and is set to be one of their classics. Then there is “Chasing Shadows,” which is funky and lively, but with darker undertones.

Keeping the good vibes coming, “Broken” is the album’s ballad. Mournful and filled with regret, it’s a song of lost love with piano accompaniment and plenty of swing and sway to carry the listener away. Edged with longing for times long gone, “When The Music Played” revels in the music of the past; it is pure ’70s Rock. Dirty and sexy, “Serpentine” is a song about a prostitute who specializes in S&M. It comes as a surprise after songs that hanker after childhood innocence lost. This is the opposite of innocent and has a cheekiness to it. Lastly, “I Love The Weekend” is an anthem for the working man, a real Rock-n-Roll song. In the style of ’50s music and full of energy, it is fun good-time music.

As Thunder albums go, this is up there with the best. It is just what a classic British Rock band should sound like. They do not pretend to be something they are not, and they will not start a music revolution with Wonder Days, but it will take listeners back to a time when life was simpler and Rock was young. With that said, no music collection is complete without some Thunder, and this album is a must for all Rock fans. CrypticRock gives Wonder Days 5 out of 5 stars. 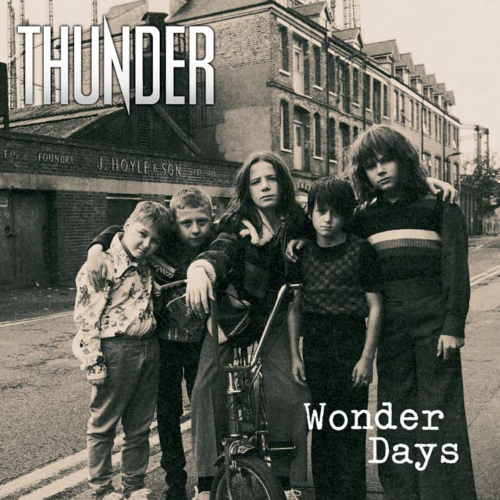