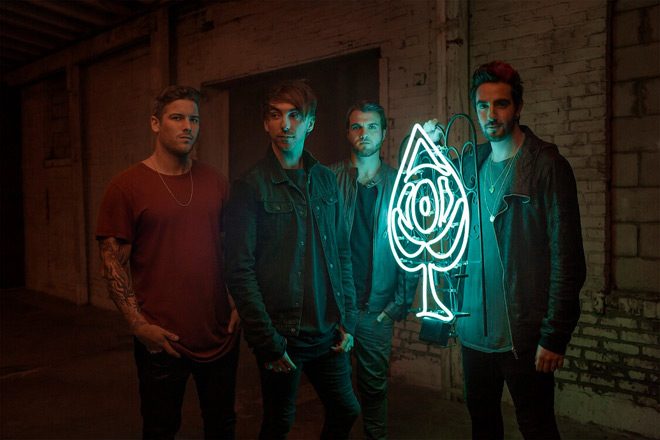 When you are lost in a sea of strangers and unable to find yourself anymore, let All Time Low show you the way toward maturity with their infectious new release, Last Young Renegade, which was released on June 2nd thanks to Fueled By Ramen Records.

Towson, Maryland’s All Time Low formed in 2003 while still in high school and reportedly take their name from a New Found Glory lyric. The quartet’s debut studio album, The Party Scene, arrived in 2005 and, by the time the band had graduated high school, they were signed to Hopeless Records. Sophomore release So Wrong, It’s Right followed in 2007 and by 2008 the band were out on their first headlining stint. Two-thousand and nine’s Nothing Personal debuted at No. 4 on the Billboard Chart, and was followed with 2011’s Dirty Work, 2012’s Don’t Panic, and 2015’s Future Hearts.

Prolific touring has led All Time Low to share stages with everyone from Green Day to Good Charlotte and Fall Out Boy. They have been a part of multiple years of the Vans Warped Tour, and have also partaken in the Alternative Press Tour, Bamboozle and the Bamboozle Road Show, Voodoo Experience, Reading and Leads Festivals, as well as the Kerrang! Relentless Tour. Alternative Press love to toss awards their way and an army of fans are beyond dedicated to everything that All Time Low touch.

Now All Time Low – Vocalist/Guitarist Alex Gaskarth, Guitarist Jack Barakat, Bassist Zack Merrick, and Drummer Rian Dawson – have returned to giddy eardrums with their seventh overall studio album with Last Young Renegade. Produced by a cavalcade of artists – from Blake Harnage (PVRIS, Versa) to Colin Brittain (5 Seconds of Summer, Stick To Your Guns) – the album presents ten wonderfully-crafted, infectious Power Pop tracks that stand as a solid testament to the continuing evolution of the Maryland band.

Last Young Renegade kicks off to its title track, “Last Young Renegade” – the first single/video for the album – an infectiously catchy, emotional plea to hold onto the memories of a relationship that has passed. Meanwhile, though Marcy Playground smelled sex and candy, this matured All Time Low are more inclined to compare a deliciously addictive relationship to “Drugs & Candy.” (Does this make a bad romance Pop Rocks and Coke?) With soaring choruses that are ripe for live show sing-alongs, the illicit never sounded so delightful. The darker, saucier sonic vibe that permeates “Dirty Laundry” is the perfect complement, a lovely little ode to being eternally flawed and yet still beautiful.

“Good Times” preaches carrying on but not forgetting the good times through atmospherics and a full sound that is a superb representation of the best of All Time Low. In fact, it couples flawlessly with the album’s clear stand-outs – as well as its second and third singles/videos – “Nice2KnoU” and “Life Of The Party.” The first is a fun, upbeat rocker that is perfect for summer and a tribute to the band’s humble beginnings where they played to 20 people and slept on strangers’ floors. The video shows the boys roaming the streets of Baltimore, visiting venues from their past – from the now defunct Fletcher’s to the infamous Ottobar. The insanely addictive earworm “Life Of The Party” – full of gorgeously-orchestrated electronics – chases the question of who we are when the proverbial party ends. It is a brilliant sign of evolution and a bittersweet, double-edged confession for a band sitting at the fourteen-year mark in their career. It should also be played continuously on repeat!

The mature observations of “Nightmares” balance perfectly with the “Dark Side of Your Room,” about a carefree lover who messes with your heart and mind freely. There is the slightest tip of the hat to Bowie on the dance-worthy “Ground Control,” which features poptastic twins Tegan & Sara in the perfect vocal complement to Gaskarth. All Time Low end their party with a hope for not overthinking life and a promise to simply enjoy the “Afterglow.”

All Time Low are like cotton candy: sticky sweet, deliciously addictive fluff that is required for proper summertime happiness. They are not going to save Rock-n-Roll – or the world – but they can sure craft an infectious Pop song. Define or categorize it however you like, but do give the boys an honest, open-minded listen and you will not be sorry! Still playing “Life Of The Party” on repeat, CrypticRock give All Time Low’s Last Young Renegade 4.5 of 5 stars. 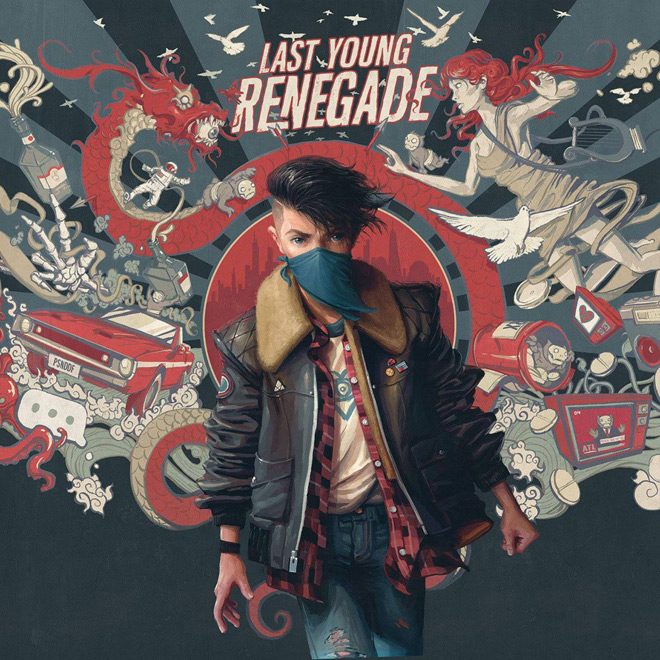