Scotland continues to produce quality films in a number of genres, and has outdone themselves with the release of Crime/Thriller/Drama TimeLock on VOD as of May 20th via new specialty genre label, 108 Madcap. Filmed in 2013, TimeLock is a low budget film, not a big screen production. However, TimeLock surprised many critics, and in fact, won the prestigious Claw Award at the Terror Film Festival back in 2014, receiving nomination for Best Actor, Best Supporting Actor, Best Cinematography, and Best Screenplay. That is quite a resume for a film, and the accolades continue. 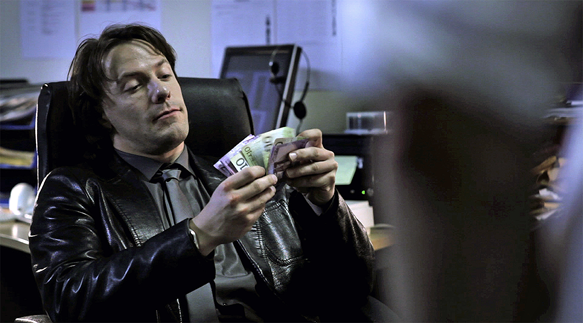 Written and directed by veteran Screenwriter David Griffith (Hard Core Logo 2), as his directorial feature film debut, TimeLock packs a heck of a punch. Filmed in Dumfries & Galloway, Scotland, it is the story of a down-trodden, gambling addict, Mark Kerr (John C. Gilmour: Debut film), a manager of a hotel, who struggles to balance his vices and marriage to Fiona (Natalie Clark: Lost Serenity 2013, Journey Bound 2016). Their teenage son Jason (Jason Pickering: debut film), shows little interest in Mark, making every aspect of his life complicated. Mark exists rather than lives, fumbling through his days in a haze of poker machines, giving automatic responses at work, seemingly in a never-ending cycle of misery. Everything changes one night at work while Mark is on duty, two armed thieves burst into the security office and demand the code to the time lock safe. Mark is faced with the most difficult decision of his life, and given his lost soul, one might assume he had give in to their requests to save himself. Yet, Mark decides to take a stand, and turns the tables on the two men. 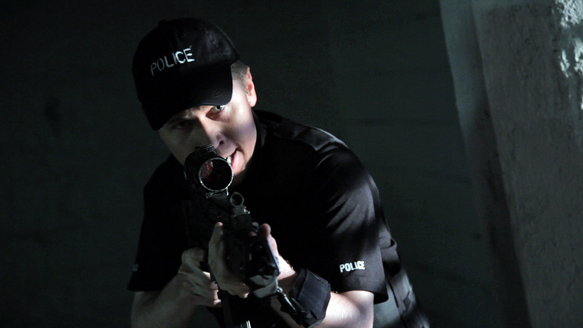 This ends with one of the thieves being killed, and Mark left with his counter part, Callum (Alton Milne: The Dead Outside 2008, Silent Witness 2016) at gunpoint, refusing to submit to his requests. As the night draws on, Callum and Mark wait for the time lock to disengage, while Mark protects the other night staff from harm and becoming aware of the danger. Mark discovers Callum and he share a past, one which is linked to the robbery. This changes things for both Mark and Callum, amping up the tension and pushing them to the brink of eruption. The police storming the building is both a blessing and a curse, as the nightmare finally draws to a close.

The amazing soundscape by David McAulay is complemented by music composed and performed by RM Hubbert (debut film), Howie Reeve (The Fall of Shug McCracken 2003), and Rafe Fitzpatrick (debut film), who won the Scottish Album of the Year Award in 2013. The cinematography by Simon Hipkins (Head on Backwards 2005, No Turning Back 2012), as his feature film debut is equally outstanding in this character-driven masterpiece.

From beginning to end, the pace of the film simmers, builds, and bubbles, keeping the viewer on the edge of their seat. Gilmour and Milne convey the depth and intensity of more experienced actors, giving their all to the characters. This takes the viewer on a roller coaster of emotions, none of which they anticipated. 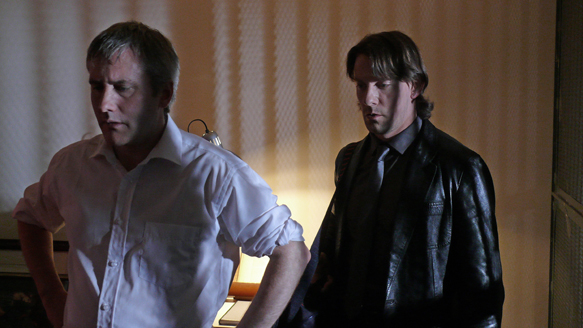 The collaborative effort between Griffith, Gilmour, Milne, and the rest of the team holds big promise for their future efforts. It is hard to believe this film is low budget, as nothing about it is less than amazing. Rather than replacing substance with style and special effects, TimeLock’s plot is rich, and meaty. It is edgy, taut, gripping, and thought-provoking, a must watch for all fans of true cinema and storytelling. CrypticRock.com gives TimeLock 5 out of 5 stars. 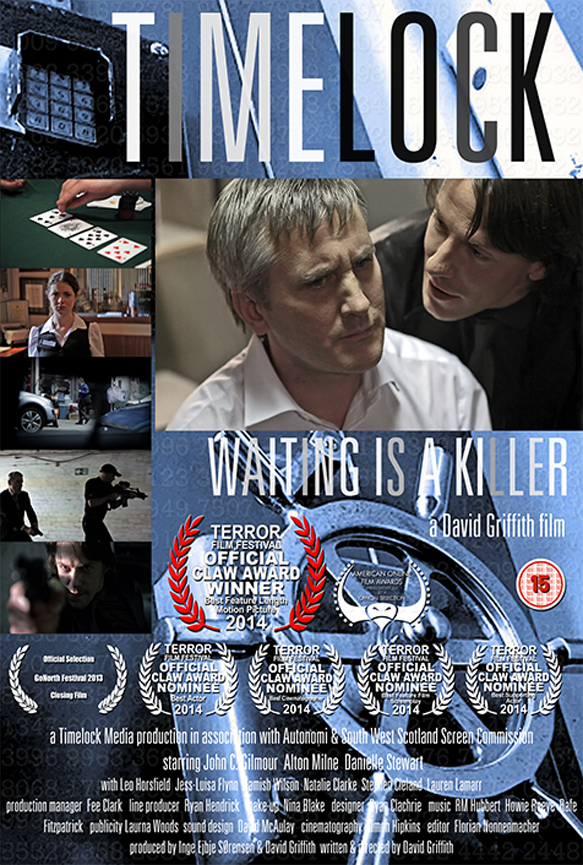