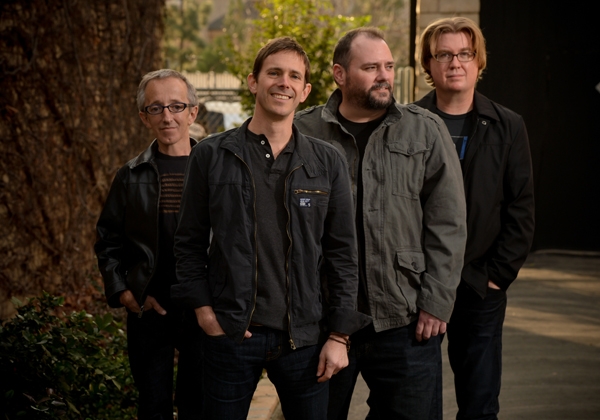 Alternative rock band Toad the Wet Sprocket may be nothing but a nineties memory to many casual listeners, but the band has sustained themselves successfully for nearly three decades now.  Officially breaking up in 1998, the band worked together on and off for the earlier part of the 2000’s and in 2006 were back for good with a full-blown tour that ignited packed venue after packed venue of their exuberant fans.  This excitement clearly has not wan over the years with fans who contributed in crowdfunding back in 2012 to help fund Toad The Wet Sprockets first new album in sixteen years titled New Constellation.

Vocalist Glen Philips, guitarist Todd Nichols, bassist Dean Dinning, and drummer Randy Guss have known each other since they were teens and adopted their unusual band name from a Monty Python sketch. Their commercial breakthrough came in the early nineties with singles like “All I Want” and “Fall Down”.  In 2013, they announced that the new album had been completed and it was released on October 15th. Marketing through Kickstarter, the band’s original goal was to raise $50,000. Their apparently staunchly loyal following put them more than $200,000 over that number, letting Toad The Wet Sprocket know they were hungry for a new album.

What fans received was New Constellation, and the boys seem to pick up right where they left off in 1997 with Coil.  This style most likely excites their fans with a comfortably familiar sound they grew to love from the band. The title track, “New Constellation”, hooks you with it’s melodic, upbeat California summer sound. That gives way to what is arguably the highlight of the album, “California Wasted”. Waxing a nostalgic, “where did the time go?” tone it feels just 90’s enough, without being stagnant. Listeners who remember that time will not be able to help but nod along in pleasant agreement to the admission of “I still make the same mistakes”.

After another strong offering with “The Moment”, they slightly lose momentum on “Rare Bird”.  The track has a sleepy sound with a lyrical analogy that has been done too often, and continue on “I’ll Bet on You” despite its uplifting chorus and appealing harmonies. The plaintive “Golden Age” recaptures your attention with it’s quiet finger-picking intro and “Get What You Want” is simply a treat to the ears.

The album as a whole evokes positivity in lyrics, sound, and song titles like “Life Is Beautiful”, but ends with the somewhat tormented “Enough”. The track starts out mellow and grows in intensity until Philips is exclaiming “I’ve had enough,” letting us know it hasn’t all been sunshine and happiness these last sixteen years.

The deluxe version of New Constellation has four extra songs, starting with an enjoyably attitudinal swagger of a track called “Friendly Fire”.  Overall, all four bonus songs are a solid addition to the record and worthy of listening to time and time again.

New Constellation feels like starting over and coming home at the same time. It’s feel-good vibe makes it a perfect soundtrack to a summer party.  It deserves a listen, and longtime fans will be pleased at the reward for their patience.  CrypticRock give this album 4 out of 5 stars. 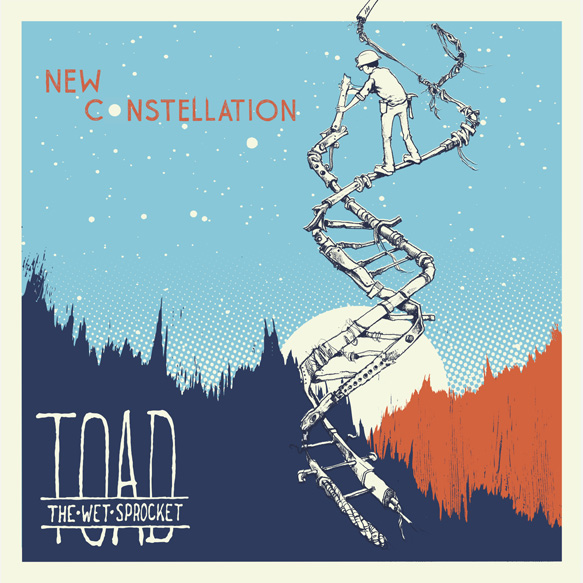