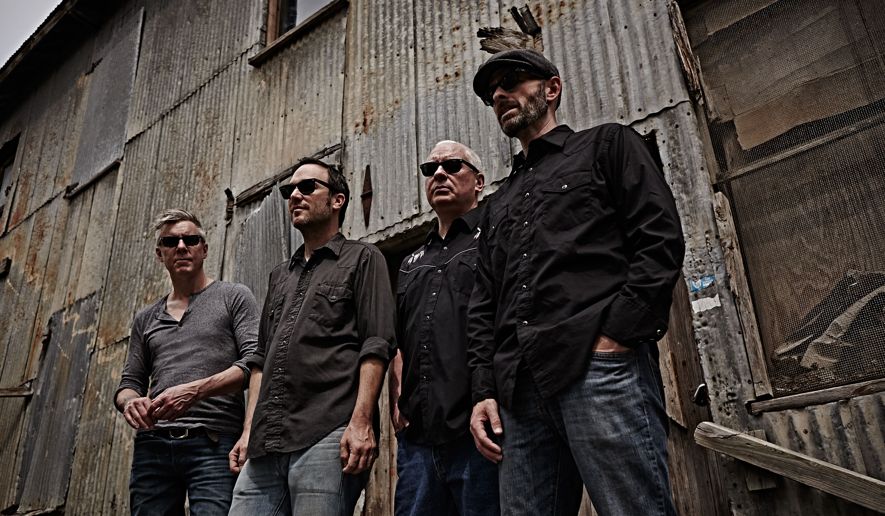 As a successful band, sometimes taking risks is out of bounds and certainly frowned upon. Although, for Fort Worth, Texas’ Alternative Rock band Toadies, they opened their arms and embraced the unpredictable. Formed all the way back in 1989, Toadies have been through ten former members, a five year hiatus, and a large triumphant discography to get to where they are today. Now almost 27 years later, current bandmates Vaden Todd Lewis (lead vocals, rhythm guitar), Mark Reznicek (drums), Clark Vogeler (lead guitar, backing vocals), and Doni Blair (bass guitar) have released their eighth full-length studio album featuring renditions of past tracks, covers, and three new anticipated songs. Heretics, released September 18, 2015 via Kirtland Records, was produced by Rob Schnapf and is a different direction for this well-known and loved band. Without their usual Rock sound, it seems as though Toadies have given up their roots altogether, but taking a step to the side to showcase a varying style is not always a bad undertaking.

Opening Heretics with a new track, “In The Belly Of A Whale” has an almost sinister and haunting sound, while keeping the music mellow and chilled out. Followed by an oldie, “Tyler,” which was initially featured on Rubberneck in 1994, has more of a soft, acoustic style, unlike the original, which was a Rock ballad highlighting distortion and feedback, as per usual. The song is about an old folklore regarding a stalker in the town of Tyler, Texas. Next, “Beside You,” which was originally released in 2012 on Play.Rock.Music, starts off with a moderate tempo and a positive rhythm. This track is about always being with someone, no matter what happens or where they are in the world.

With another original song, “Queen Of Scars” is a soft ballad, leaving listeners wishing there was more. The track is melodic, ear-pleasing, and somehow sad to be engaged in. Changing the tone of the album and picking the tempo up to speed comes “Rattler’s Revival” with a new arrangement prior to being initially featured on Play.Rock.Music in 2012. This track breaks away from the acoustic, “un-plugged” atmosphere of the album, and dives into a more Southern Rock feel with the electric guitar and cowbell. Up next, “Heart Of Glass,” a cover originally by Blondie, is taken to a new level with Toadies. The track is light and brings beauty to the lyrics and background acoustics.

“Possum Kingdom,” a song that is widely known and enjoyed from prior record Rubberneck, is named after a lake in Texas, and tells eerie stories about what has happened at the spot. Slowing the album down even more comes “The Appeal,” a song previously present on Play.Rock.Music. The track is filled with an immense amount of melancholy and sorrow through the lyrics, accompanied by instrumentals fitting the overall tone of the song. With a more upbeat and positive tempo, “Dollskin” kicks in and is contradictory to its musical composition. The lyrics lead the listener to an almost depressed state. The melodic chorus features guest vocals from Genevieve Schatz.

With more of a Southern Jazz  feel, “Backslider,” originally from Rubberneck, comes in with a groovy, Swing consistency. The song features a horn section, highlighting a baritone and tenor saxophone, and trumpet. From the lyrics, the meaning of the song can be alluded to denoting someone who is losing their base in Christianity. Then “Jigsaw Girl,” a heartbreaking and bone-chilling ballad found on Hell Below/Stars Above, comes on, featuring guest vocals from Sarah Jaffe. Then ending the album with track twelve, entitled “Send You To Heaven,” originally written for Feeler, gets back to the Southern Rock feel featuring harmonica and a pedal steel guitar. Ending the record with the feeling of nostalgia, the song brings to mind musical influences such as The Beatles and The Rolling Stones.

This record has been described as “bizarre” and “unusual,” but it is most definitely unique and shows the full capability of Toadies. Although the overall tone of the album is different from past records, it is beautifully mastered and will entertain past and futures fans. That is why CrypticRock gives Heretics 5 out of 5 stars. 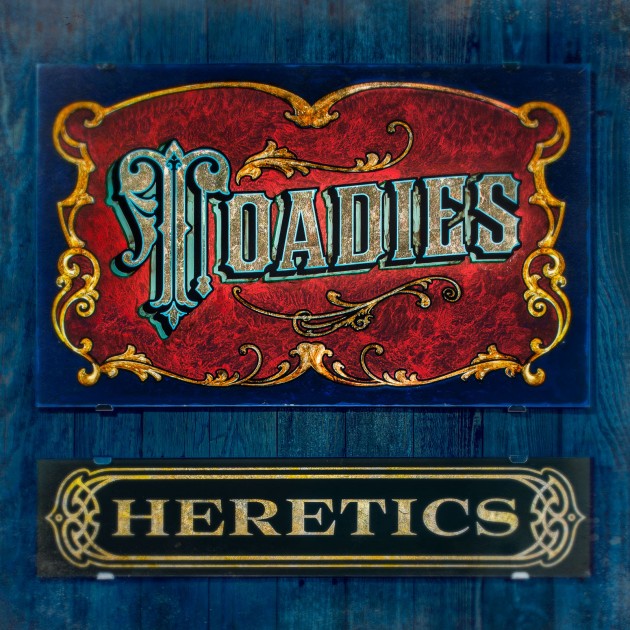