Tobe Hooper – The Man Behind The Saw

On Saturday, August 26, 2017, the world of cinema sadly lost a godfather of Horror when legendary Writer, Producer, and Director Tobe Hooper passed away at the age of 74. His name might not be immediately recognized outside of the Horror community, although, his work certainly is. In fact, Hooper’s work left an everlasting mark on not just film, but Pop culture.

Born Willard Tobe Hooper on January 25, 1943 down in Austin, Texas, his films have been highly influential for decades, and have been a source of great inspiration for filmmakers all over the world. Not simply a Horror director, Hooper was an inspiration for independent filmmakers of all persuasions because of the success of his most famous film, 1974’s The Texas Chainsaw Massacre. Beyond such, his other notable films include 1982’s Poltergeist and the 1979 TV film adaptation of Stephen King’s Salem’s Lot. The question raised is – where did this talented filmmaker truly come from? 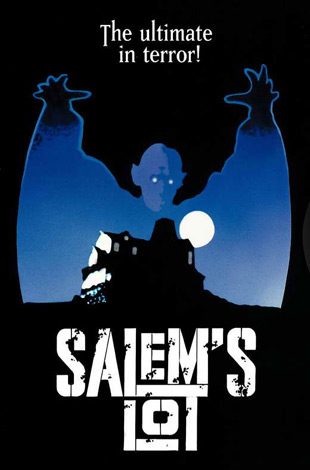 As a young man, Hooper attended film classes at the University of Texas at Austin, but never finished a film degree. From there he worked as a documentary cameraman and made two low-budget films in 1969; Eggshells and The Song is Love, but it was his third film that would catapult him into icon status, the aforementioned classic The Texas Chainsaw Massacre.

The influence of the seminal Chainsaw is so great that it is difficult to overstate. Produced on the low budget of approximately $60,000, the film went on to gross over 30 million domestically, and is widely considered a prototype of the modern Slasher genre. Additionally, it changed the game for aspiring, independent filmmakers, who saw that big money was not needed for success if the love and quality of the craft is there.

If there was ever a do-it-yourself project in films, it is definitely The Texas Chainsaw Massacre. The actors were mostly unknown and the filming was brutal, with long days in the hot, Texas sun surrounded by rotting animal carcasses, zero air conditioning, and only a single bathroom on set, just to name a few things. The budget restrictions meant no wardrobe for the actors, who all used the same, single set of clothes, and the famous dinner scene was shot in one, painful day over 27 hours. Really, it is a small miracle that no one was seriously hurt, but the results clearly speak for themselves. 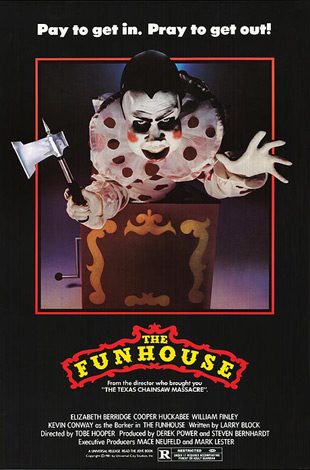 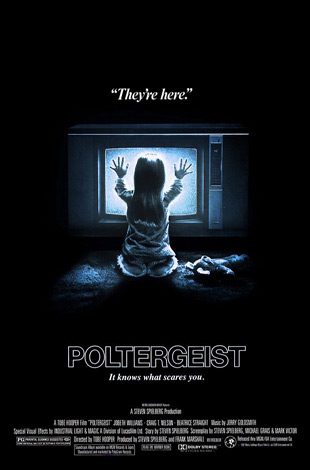 In one film, Hooper set a new bar for Horror, invented a highly successful sub-genre, and broke the glass ceiling for independent film across the entire business. Even Non-Horror directors such as Kevin Smith (Clerks 1994, Dogma 1999) have acknowledged the film’s importance on their confidence and opportunity, saying on his Facebook page, “Tobe’s work made the prospect of making a movie with no money when I’d never done something like that before less scary. He proved you didn’t need lots of money or studio backing to make a flick.”

Remaining focused on The Texas Chainsaw Massacre, another pioneering aspect is it was one of the first films to successfully confuse audiences with the now attenuated ‘based on a true story’ tagline. Truthfully, Hooper used this marketing strategy as a commentary on the distrust that had developed between the government and the public in the 1960s and early 1970s, showing how easy it was to fool so many people so quickly. As a result, the film was banned in several countries including England and Australia, and developed a reputation for being an outrageously violent film when it was actually just this side of bloodless. The careful manipulation of the audience before they even saw the film is one of the many genius traits it possesses, and one of many that have been copied more times than we can count.

But there was so much more than just a madman in a dead skin mask running around with a chainsaw that Hooper could orchestrate. Case in point, his second best known film, the 1982 classic Poltergeist. Highly influential in its own right, Poltergeist is more of a Thriller than outright Horror, but still is one of the scariest films of its generation. Quotable and full of scenes that still survive in Pop culture, it is known for the tragic lives of many of its actors, but many fans might not know that there was a good deal of controversy surrounding Hooper’s actual involvement. 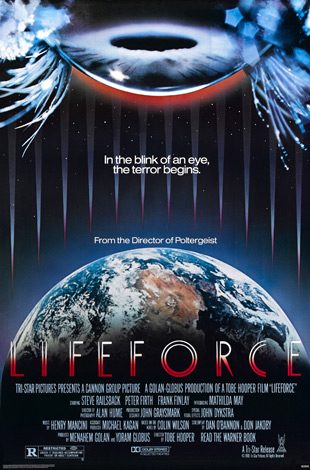 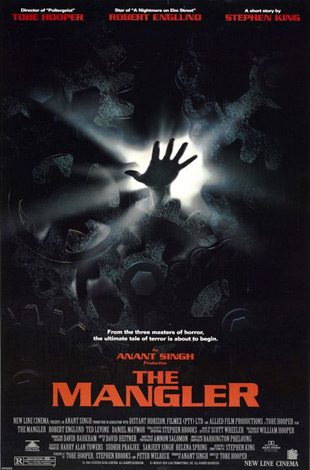 The film was written by Steven Spielberg, who was originally slated to direct, but a clause in his contract with Universal Films prevented him from directing another film while working on one of his many greats, 1982’s E.T: The Extra Terrestrial. Hooper was brought in to direct, but Spielberg was on set every day and had significant input. Several notable people including Co-Producer Frank Marshall, and on set actors have said that Spielberg contributed more, and the stigma followed Hooper after the film’s release.

However, Spielberg graciously wrote an open letter describing Poltergeist as a “unique contribution” between he and Hooper, and that Hooper was the director and “delivered the goods…performing responsibly and professionally throughout.” This put the public debate to rest and Hooper remained the credited director, adding yet another milestone to his resume.

Although, there is still more to Hooper, a lot more. He worked on much more than his most famous films, and released several films and television projects every decade until his death. Some of these are the films 1977’s Eaten Alive, 1982’s The Funhouse, 1985’s Lifeforce, and 1995’s The Mangler. In addition, he also contributed to HBO’s Tales From the Crypt, Horror anthology series Night Visions, and Mick Garris’ Masters of Horror.

As a man, Hooper was remembered as a warm, caring person behind the scenes, with every notable name in Horror sharing personal stories of his character on social media following his death. One standout is Eli Roth, who befriended Hooper at a dinner and credits his presence at the premiere of his 2002 breakout film Cabin Fever for bringing great prestige to it by his mere presence. Always supportive of independent filmmakers, Hooper is remembered most fondly as a true great who never stopped giving back. 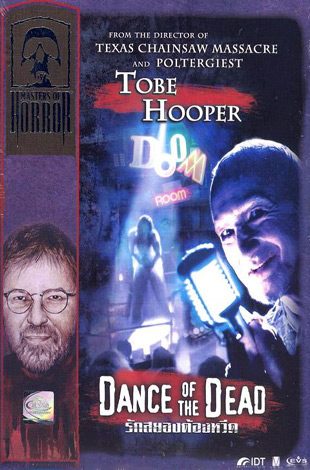 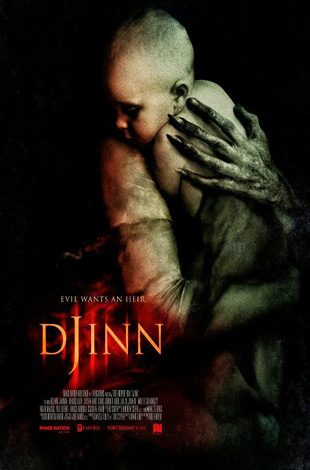 Even still, Hooper’s legacy stretches across all filmmaking and cultures, whose impressive list of those inspired by him include fellow Horror icons Wes Craven and John Carpenter, Japanese Horror master Hideo Nakata, Edgar Wright, Alexandre Aja, and legendary Director Ridley Scott, who has stated that he was a direct influence on 1979’s Alien.

Times have been rough for Horror fans in recent years, as Hooper joins fellow Masters of Horror Wes Craven and George A. Romero as those who have left us too soon. However, Hooper leaves a body of work that will go down in history as one that stands for passion, perseverance, and the vision to change everything in the game with no money and a lot of heart. Tobe Hooper may be gone, but his work will live on for eternity. Now and forever, The Saw is family. 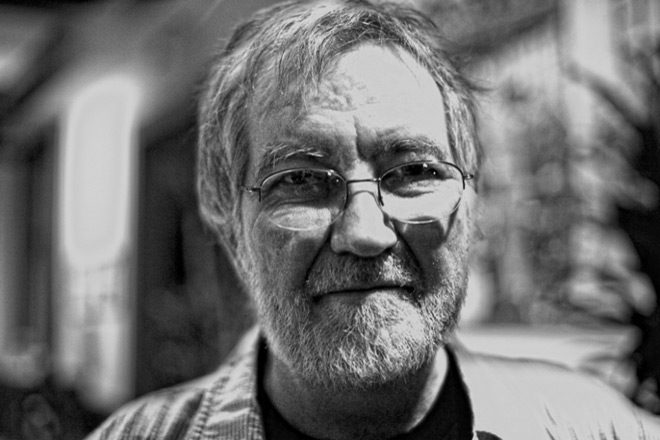 Celebrate the filmography of Tobe Hooper: