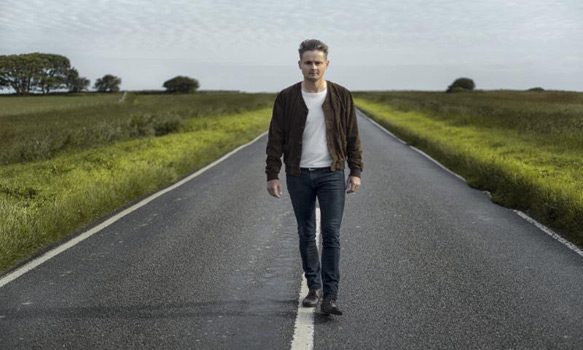 No stranger to the music scene, as the frontman of British Alternative band Keane, Tom Chaplin knows a thing or two about writing and recording hits. A talented songwriter and vocalist, Chaplin’s work with Keane has earned the group five #1 albums over the past nine years. Known for the hit songs “Everybody’s Changing,” “Is It Any Wonder?,” along with “Somewhere Only We Know,” Chaplin and Keane are a hot commodity across the globe.

Of course, anyone who has seen an episode of VH1’s Behind the Music knows that with success often comes great trials and a somber black cloud. So goes the story of Chaplin, who for the past few years has been fighting a very personal battle with addiction. On his first solo disc, The Wave, due on shelves and iTunes in the USA Friday, January 13th, Chaplin explores the depths of the human struggle; from falling below the lowest lows to finding personal clarity and a positive, new outlook on life. “I wanted there to be no wall between the truth of my experiences and the listener . . . No holds barred,” says Chaplin.

Chaplin’s emotional turmoil and ultimate rise to personal redemption are laid out clearly within the eleven tracks of The Wave, with the Deluxe Edition of the album containing an additional five songs. Each is a candidly moving tribute by a man who has seen the depths of darkness and battled his way back to record another song. While the music has definite Pop sensibilities, there is a maturity that makes this album much more VH1 than MTV2.

“It’s such a beautiful world, so why do I feel so down?” Chaplin asks himself. His deeply intimate confessions throughout “Hardened Heart” are the true gold of this album. For anyone that has suffered through their own struggle – be it addiction, mental illness, etc. – the pain of knowing that you are dragging your loved ones down with you can be one of the greatest motivations to get well. Sometimes we have to go to the point of madness just to experience something profoundly real, epiphanies are rarely easy to find. Chaplin confesses such in a song that highlights the lowest portions of his vocal range.

“Worthless Words” is the apology. The reminder that without actions behind the words, we can all apologize forever and never truly mean a word we speak. In an elegantly poignant, passionately frank track, Chaplin makes his amends with those that he brought into the dark. It is the first step to recovery, with the second being to rediscover yourself. “I Remember You” is that self-ascertainment.

What makes all of the fight worthwhile? Love. “Hold On To Our Love” is the sentimental reminder – with massive Pop and radio-friendly appeal – that reminds us to hold onto the good things in life. The world is a black, cannibalistic place and only those with hope can see through the other side: hold onto that hope. Do not become mired in “Quicksand.” The album’s first single, it is one of the most uptempo tracks on the album and an obvious choice for a single/video. Reportedly written for Chaplin’s young daughter, “Quicksand” is the admission that life could drag us down; and the confession that “if your heart breaks, we will patch it up. We’ll work it out.” The passion behind his words brings Chaplin’s vocals to soaring levels, and displays his most varied range within one track.

Other songs on the disc – such as the poetic opener, “Still Waiting,” uptempo “The River,” sweeping “Bring The Rain,” Pop “See It So Clear,” album namesake “The Wave,” and touching tribute to his wife, “Solid Gold” – simply fill in the gaps of Chaplin’s personal evolution. The album’s five bonus tracks speak in a similar fashion, though two are absolute stand-outs: the upbeat, radio-friendly “Better Way” and the beautifully emotional, acoustic “Bound Together.” Overall, the collection is the story of a man who is beloved but had to learn to love himself.

For those so inclined, there are gorgeously cinematic, official music videos available for “Hardened Heart” and “Quicksand,” as well as several acoustic recordings of album tracks, on Chaplin’s VEVO Channel.

The Wave is an album about losing and then rediscovering oneself. There is evident success in reclaiming yourself proudly, and Chaplin’s true triumph – beyond any record sales, awards, or industry accolades – is this album: he has survived addiction to record his insights and live another day. Clearly the opinions of only two critics truly matter to Chaplin, but it is obvious that he will always garner more attention than just his two lady-loves. For his courage in shining a positive light on deep pain, ability to share sincere passion and his soaring, emotional vocals, CrypticRock gives Tom Chaplin’s The Wave 4 out of 5 stars. 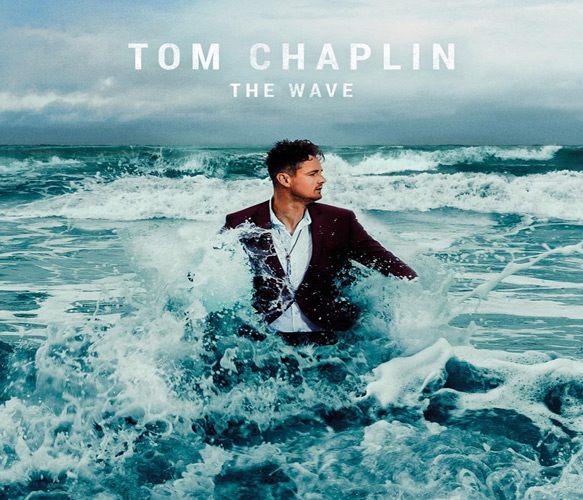