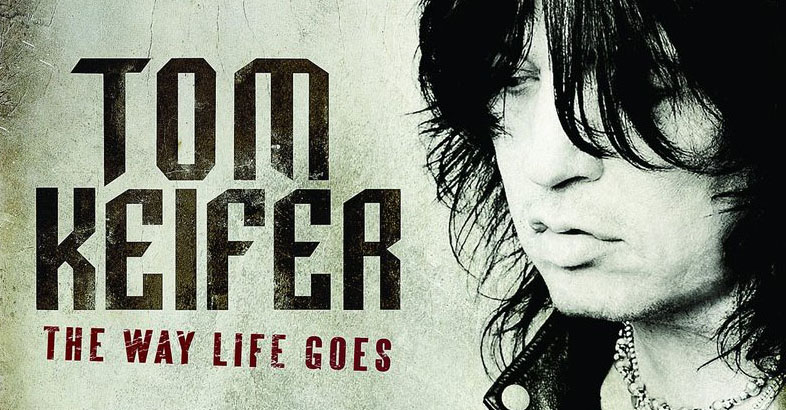 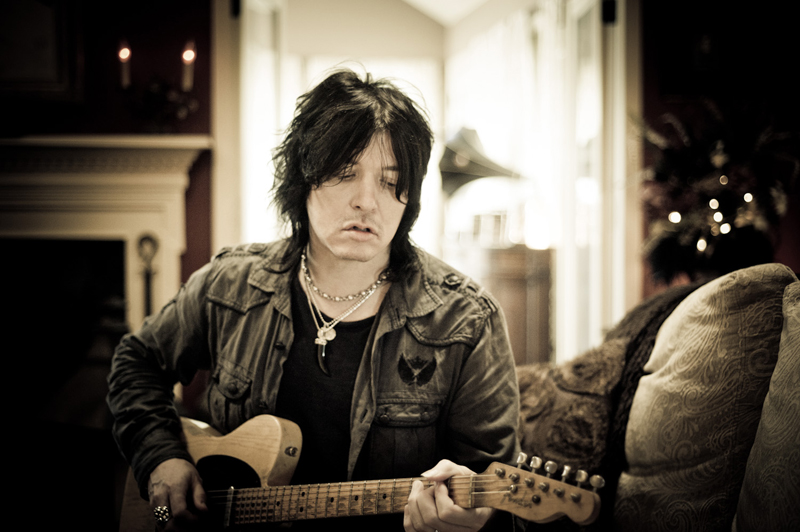 Tom Keifer’s voice is one of the most distinct from the 1980’s era of rock n roll. As the voice of Cinderella, the band became one of biggest of the era with a nice collection of multi-platinum albums including Night Songs (1986), Long Cold Winter (1988), and Heartbreak Station (1990). Tragically, in the prime of his music career, Keifer lost his voice and was diagnosed with a paralyzed left vocal cord. Although it has been a struggle for Keifer over the years, with countless surgeries, and endless training, his determination to sing again has become inspirational. Almost 2 decades after the release of Cinderella’s last studio album, Still Climbing (1994), Keifer is back with a 14 track solo album entitled The Way Life Goes.

The Way Life Goes is one of the most anticipated pieces of work in a long time, being inspired, written, and recorded over the past 10 years. To Keifer’s own admission, he was unsure the work would ever see the light of day. Thanks to the the support and drive that his wife Savannah Keifer provided, the album has finally become a reality. The record features an excellent crew of established musicians as well, including drummer Greg Morrow, bassist Michael Rhodes, and multi-instrumentalist Tony Harrell.

Directly from the opening, “Solid Ground”, Keifer belts out his signature raspy growl with a wonderful mix of blues rock and excellent backing vocals. On “A Different Light”, Keifer’s voice soothes with a nice mix inflections combined with a country rock vibe. Lyrically, it is a beautiful and hopeful song about how we all have different and unique qualities. “It’s Not Enough” is a track that could be heard on any Cinderella album, with heavy guitars, powerful singing and catchy lyrics. Opening with a smooth Harmonica, gritty guitar, and some saxophone, “Cold Day In Hell”, is well composed, while being dynamic, and multi-instrumental. “Thick And Thin” is a heartwarming song that benefits from a mix of piano and a mesmerizing vocal performance by Keifer.  The ballad is of a man willing to give his life through good times and bad to the one he loves.  “Ask Me Yesterday” is a natural progression with acoustic guitar and some of the best lyrics on the album, reflecting on life, regrets, and the unknown.

The album takes a turn in direction on “Fools Paradise”. Interjecting some orchestral elements to the groove, Keifer lyrics become social, touching on modern culture, technology, and the consequences of it all. Directly following is a sweet little track entitled “The Flower Song”. This is the type of song you could envision yourself listening to on a warm summer’s day confessing your affection to someone special. Keeping the listener guessing, “Mood Elevator” hits you like freight train. Keifer really reaches deep down, giving a dirty, raw vocal performance to match the rocking guitars. This is clearly the heaviest track on the album and executed perfectly. Keeping a heavier edge, “Welcome To My Mind”, is a trippy song with layered vocals and lyrics tapping into the confusing world of religion and being pulled in a million different directions. Keifer’s guitar solo nails it right on the head, capturing the mood of the song perfectly.

After a couple of rocking songs, Keifer brings us another love ballad with “You Showed Me”, an honest love confession about life’s struggles and having someone to bring us back from the brink. “Ain’t That A Bitch” taps into the blues rock feel again with some nice soul bending strings placed throughout. It’s songs like these that remind us that Keifer is not only an excellent singer, but an exceptional guitar player . That leads us into the title track “The Way Life Goes”, which has a cool vibe, telling us stories in similar fashion as John Cougar Mellencamp. If you are so inclined to buy a physical copy of the album, be sure to read the liner notes next to the lyrics of this track for a fun little foot note about the writing process. The pages of this album come to a close with “Babylon”, which plays out like a classic 80’s rock tune. The shout back chorus combined with some saxophone enhance the overall sound of the track, wrapping things up on a high note.

The Way Life Goes plays out like a photo album with different images of someone’s life. Within those images we, are given vivid lyrics of love, struggle, and hope. There is a balanced mix of heavy rock songs, with a lot of blues, country, and rock progressions. Having the time to get things done in his clear artistic vision, Keifer has managed to touch on all corners of the spectrum with The Way Life Goes. Keifer’s hard work and undying dedication to sing again stands strong on each song. Overall, The Way Life Goes is an organic progression with plenty of highs and lows much like the moments of our lives. CrypticRock give this album 5 out of 5 stars. 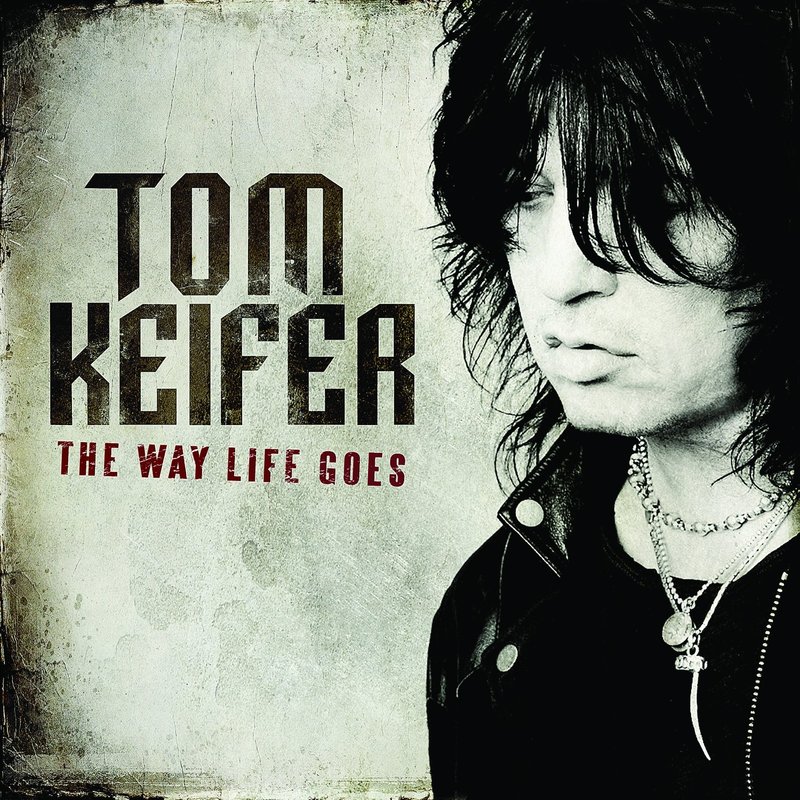