The Who – Tommy: Live at the Royal Albert Hall (Live DVD Review)

Rock-n-Roll icons, The Who have been making music together since 1964. Original members, Roger Daltrey, Pete Townshend, and John Entwistle attended grammar school in London, playing together as early as 1961. When they connected with Drummer Keith Moon in 1964, they became The Who and the rest is history as they say. As one of the original British Invasion acts along with The Beatles and The Rolling Stones, The Who have been one of the most influential and best selling Rock bands of all time. Their career has spanned over fifty years, spawned 11 studio albums, countless live and greatest hits compilations, and sold over 100 million records.

On March 30th and April 1st 2017 the band performed and filmed their album Tommy in its entirety for the first time ever, releasing it to consumers under the title The Who – Tommy: Live at the Royal Albert Hall on Friday October 13, 2017 via Eagle Rock. Only two of the original members, Townshend and Daltrey, were involved in this performance, Moon passed away due to an overdose in 1978 and Entwistle died, also of an overdose, in 2002. The remaining members of the band for this performance were Zak Starkey, the son of Ringo Starr, on drums and Jon Button on bass.

Looking back, upon its release, Tommy was hailed as a groundbreaking achievement by Townshend and the band. It began the transition from singles-oriented releases to thematic albums that could be played through. Musically there was a theme throughout the album, and it was intended to be listened to all in one sitting. The Rock Opera concept would be applied to another Who album, 1973’s Quadrophenia as well as Pink Floyd’s 1979 album The Wall, and Green Day’s 2004 album American Idiot many years later.

Refreshing the memory, Tommy tells the story of a boy, Tommy Walker, whose father, who supposedly died in World War II, returns after a number of years and kills his mother’s new lover. The mother convinces Tommy that he did not see or hear the murder, and is never to tell anyone about it. As a result of this denial, Tommy becomes “deaf, dumb and blind.” The rest of the album relates Tommy’s experiences with quack doctors, abusive cousins and uncles, and his later development as an expert pinball player, cult leader, and, finally, retreating back into his inner sanctum. In true operatic style, the story is conveyed through lyric and leaves a great deal to interpretation.

Though the original album used some acoustic guitars and orchestral arrangement, the live performance was strictly electrified. Townshend, who composed the majority of the album, is featured prominently during the first few minutes of the performance, with Daltrey taking a backseat. Townshend, who suffers from almost complete hearing loss, struggled with his vocals during this performance. When Daltrey gets into the act, his vocals are a good deal less muddy than Townshend’s. For nearly two hours, Townshend plays and sings with Daltrey performing his parts as expected.

Released on DVD, Blu-ray, 2CD, 3LP, Digital Video and Digital Audio, throughout the performance, the cinematography and audio are flawless. The lighting show is magnificent, and includes an animated section above the performers projected on a screen. Daltrey attempts some of the tricks that he used to perform on stage, for example, spinning his microphone on its cord. This feat nearly backfires when Daltrey almost hits himself in the face with the microphone, but thankfully does not. Furthermore, there is none of Townshend’s trademark guitar smashing, unfortunately.

The true highlight of the show is the last seven songs which come after Tommy. The band performs some of their biggest hits, including “Baba O’Reilly,” “Who Are You” and “I Can See for Miles.” On these numbers, which seem effortless for the band, Daltrey comes alive and Townshend transcends mortality. The show closes with a stunning rendition of “Won’t Get Fooled Again.”

Overall, this performance was also for very good cause in aid of the Teenage Cancer Trust. Although, is it too late for The Who to be able to perform some of these songs the way they did when they were young men? Tommy, after all, is about a young man and how he reacts to a world without senses of sight and hearing. That said, some may find at times during the set Townshend and Daltrey struggling to channel the energy to perform their most iconic album. This withheld, it is fruitless to compare to The Who of 1970s, and together, in 2017, this current band is quite tight. Still a worthy piece of history of any The Who fan’s collection, CrypticRock gives Tommy: Live at the Royal Albert Hall 3 out of 5 stars. 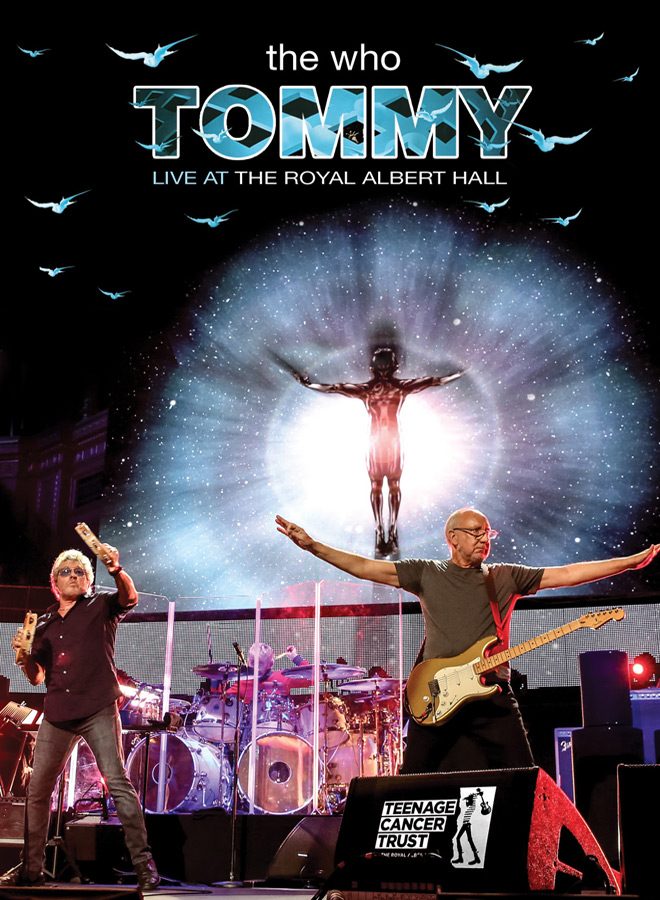