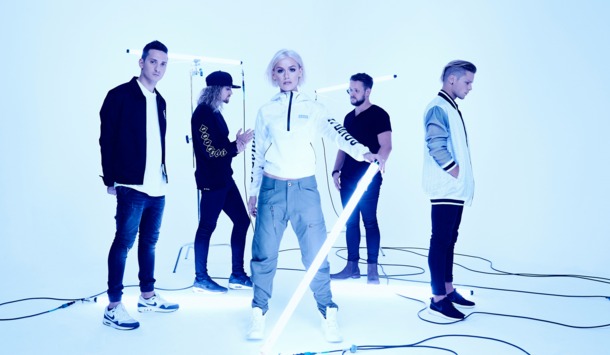 Formed in 2008, in Sydney Australia, the band Tonight Alive has made an extensive influence in the Pop Punk genre thanks to the talents of Vocalist Jenna McDougall, Bassist Cam Adler, Drummer Matt Best, along with Guitarists Jake Hardy and Whakaio Taahi. Two years after their creation, Tonight Alive release two EP’s, All Shapes & Disguises and Consider This, before soon signing on with American label Fearless Records along with Sony Music Entertainment Australia. Then, in October of 2011, the band released their debut album, What Are You So Scared Of?, in Australia before hitting North America four months later to positive acclaim.

Looking to take things to the next level, The Other Side was released in 2013, and the album  premiered on the ARIA Albums Chart at # 5 and brought into the US Billboard 200. Now a well-established international band, Tonight Alive fans have been eager for new material. Thankfully, between the busy touring schedules, Tonight Alive entered the studio in early 2015 to record what would be their third studio album, Limitless. Teaming up with multi-platinum award-winning record producer David Bendeth, Limitless saw the light of day as of March 4th and promises to be the album fans have waited for.

The album begins with an anthemic tune called “To Be Free,” where McDougall sings the chorus in a robotic tone that leads up to a satisfying and dependable drum beat. With lyrics, “I don’t wanna be found I just wanna run away and learn to be free,” anyone could relate to the song and want to shout it to the world. The next track drops the pace and lets listeners take in a nice breath with “Oxygen.” It is a powerful Pop ballad with marvelous vocals where one moment McDougall is singing soft melodic tunes, then unexpectedly, lets out a powerful vocal. From there, album lead single “Human Interactions” gives detailed electronics that blends incredibly with McDougall’s soft tone. Sounding like a soulful Pop ballad; not too slow, not too fast, it is just the right pace to sway back and forth to. Towards the end of the track, it gets faster and louder and McDougall repeats, “I will get better.”

Keeping the Pop Punk theme going, “Drive” is not the strongest track off the album, but still extremely catching. Those looking for something much more Pop will enjoy the repetitive, basic lyrical structures. Honestly, it is a sound one cannot fight the urge to sing to, no matter what they do. Tonight Alive then takes a break from the Pop themed melodic tunes and throw it back to an older Tonight Alive sound with “How Does It Feel?” With a punchy guitar riff and a loud chorus, it projects the Alternative sound the band is memorable for.

They then immediately bring back the soft strain of music with electronic background noises with “Waves.” This cut is  more than likely the most powerful ballad on this record, and arguably the best on Limitless. Starting off slow like a sappy love story, it crescendos into something so much bigger than expected when McDougall emotionally shouts, “Your love comes in waves/ Don’t you ever wonder what it feels like?/Under water feeling low” in the chorus. Thereafter, bringing the pace up slightly with delicate piano notes, “Everywhere” is a love song one may imagine hearing in a Nicholas Sparks movie. With catchy instrumental tunes, repetitive lyrics, and lighter vocals, this song screams Pop.

Moving along, “Power of One” starts off with a nice retro sounding guitar riff leading straight up to McDougall’s vocals. Keeping with the older sound of this quintuple band is “I Defy” with a similar writing formula, yet still adding some experimental electronics to give it a little boost. Then spreading power, self-love, and good vibes is the track “We Are.” With a great message, McDougall sings, “They aren’t going to change the world, we are.” Adding diversity, as the song concludes, it goes from an emotional sound to a more jazzy electronic one. This is a grand finale before Limitless concludes with “The Greatest.” Starting off with a mellow acoustic guitar sound, McDougall boosts more self love with angelic singing, making it a perfect closing to the record.

Those who have followed Tonight Alive for some time will definitely notice how much the band has progressed in the past eight years. Starting from the first album, Tonight Alive has broadcast their true and raw talent in the music industry. Throughout older music, the band has added every shade of genre from Alternative Rock to Pop Punk, however, Limitless is a whole other ball game. Limitless could be for any particular music genre lover, and although the album is a roller coaster from ballad to Rock tracks, Tonight Alive really gave it their all. In result, their efforts turn out a superior record. CrypticRock gives this album a 4 out of 5 stars. 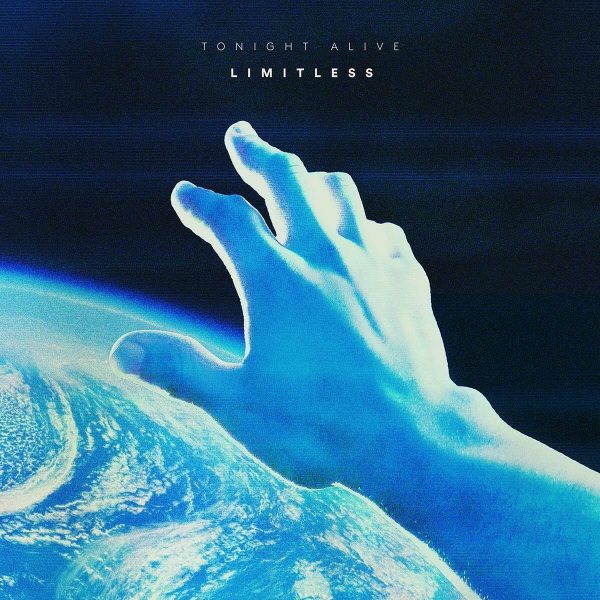