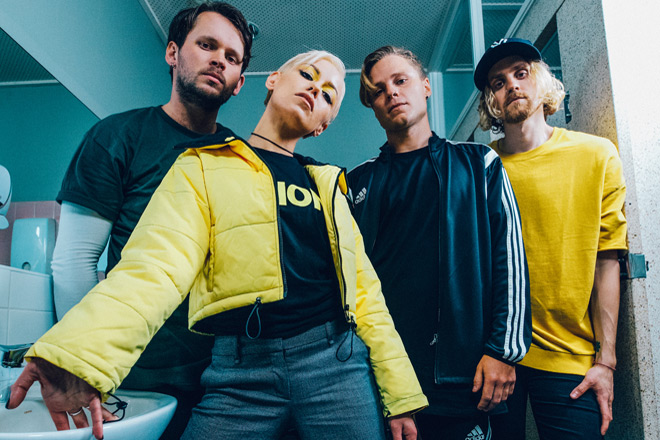 There is a darkness inside each of us that, until embraced with honesty, can never be overcome; consider it a kind of Underworld, if you will. Australian Rockers Tonight Alive are ready to face facts and awaken your sleeping soul on their aptly-titled, fourth full-length, Underworld, which arrives this Friday, January 12, 2018 via Hopeless Records.

Australian outfit Tonight Alive formed in Sydney in 2008, and wasted absolutely no time in heading out on the road. They released their debut, full-length album, What Are You So Scared Of?, in 2011, following it up with 2013’s The Other Side and 2016’s Limitless. All the while, the band were accruing an almost limitless list of impressive credits, including a song on The Amazing Spider-Man 2 soundtrack and one featured on The Hills, working with Producer Mark Trombino (Jimmy Eat World, All Time Low), as well as collaborations with Mark Hoppus of Blink-182 and Benji Madden of Good Charlotte.

With the road being their second home, Tonight Alive have toured relentlessly since their inception, throughout both Australia and the United States, bringing the band to share stages with a truly eclectic batch of bands, ranging from 3OH!3, Dashboard Confessional, and PVRIS to Black Veil Brides, The Used, Motionless In White, Sleeping With Sirens, as well as All Time Low. They have also participated in Australia’s Soundwave Festival, The Bamboozle here in The States, as well as multiple summers of Punk Rock summer camp with the Vans Warped Tour.

Now with a brand new year upon us, Tonight Alive – Vocalist Jenna McDougall, Guitarist Jake Hardy, Bassist Cameron Adler, and Drummer Matt Best – are ready to inject themselves into 2018 with their fourth full-length studio release, Underworld. The thirteen-song collection features guest vocal spots from Corey Taylor of Slipknot and Stone Sour, as well as Lynn Gunn of PVRIS, and offers up some of the band’s most anthemic and inspiring material to date. This marks the band’s first album since the departure of founding member and Guitarist Whakaio Taahi.

Underworld kicks off with the Pop Rock of “Book of Love,” where solid sonics weave a gentle embrace around McDougall’s vocals, which have a gentle electronic effect wrapped around them. First single and fabulously artistic video “Temple” presents a darker, grungier sound that explores the fringes of mental illness, and how we can be in possession of heavenly bodies that bring us such personal hells. The end result is a truly infectious, glorious sing-along track that is candid and confessional, while still being deliciously relatable.

A catchy track that shows off the Tonight Alive’s talents beautifully, the band’s latest single/video, “Disappear,” features Lynn Gunn of PVRIS fame, and presents a delicate and alluring venture toward the melodic, sonic horizon. It flows flawlessly into rocker “The Other,” where McDougall’s vocals absolutely soar. An honest, self-conscious comparison of oneself to others, as we women are so wont to do, “The Other” offers up a glory in the triumph of accepting yourself as something other and owning it, just as McDougall does here so wonderfully.

“In My Dreams” is a mesmerizingly delicate, infectiously catchy hip-swayer touching on the struggles with achieving one’s dreams and accepting the pressures that comes with that territory, while McDougall’s vocals go soft and wispy on the emotional tribute to a true love, “For You.” Edgy “Crack My Heart,” the album’s second single/video, positively explores the turbulence we face in relationships, while “Just For Now” shines brightly, injecting a healthy dose of Alt-Pop rocking into the collection.

A catchier, more sensual sound that is addicted to feeling can be found on “Burning On,” with Tonight Alive continuing into a darker, grittier vibe on the anthemic “Waiting For The End,” an exploration of being an individual and living each day to the fullest, refusing to live life scared and cowering. “Last Light” is a glittery, little love offering that flows splendidly into the piano ballad “Looking For Heaven,” highlighting McDougall’s ability to soar among the angels, vocally speaking. As a random aside, wouldn’t a duet between McDougall and Andrew McMahon be divine?

The emotionally candid duet “My Underworld” is a shocking conclusion, because, well, the idea of Corey Taylor making a guest appearance on a midtempo, gently swaying confessional is a bit out-of-left-field. That, of course, is what makes it so brilliant and a splendid conclusion to a wonderful collection.

The thing about Tonight Alive is that there is no pinning them down to any one particular sonic style: on Underworld, they run the gamut from Alternative to Pop Rock, peppering in a zillion references to a million styles that all gel cohesively to create the Tonight Alive sound. Underworld, therefore, is a personal storytelling for McDougall and her bandmates, a collection that lays it all on the line and does so with a bloody sincerity that will see you dancing through the darkness to embrace the light. For these reasons, CrypticRock give Tonight Alive’s Underworld 4.5 of 5 stars. 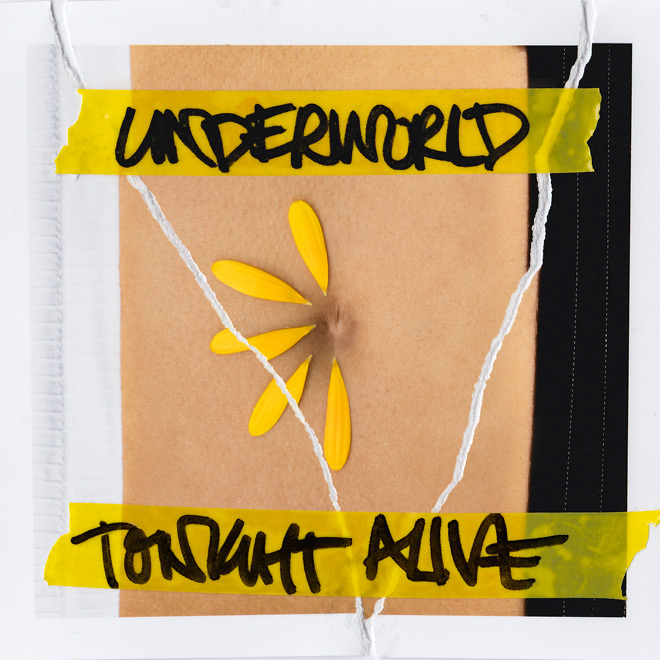