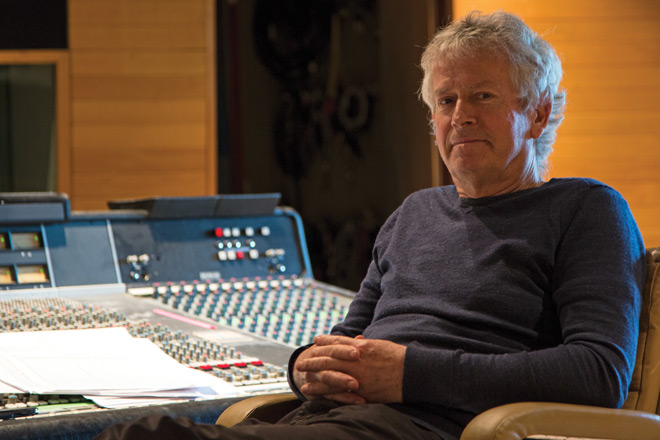 Often greatness hides in plain site: such is the case with Tony Banks, a member of the Rock and Roll Hall of Fame. From his days with Genesis as a founding member to his work with fellow musicians Peter Gabriel, Phil Collins, and Anthony Phillips, Banks has successfully found fresh ways to integrate synthesizer and keyboards into Progressive Rock music. Now, on Friday, February 23, 2018 Tony Banks will release his new album, 5, via BMG, and to say it is stunning is an understatement.

With five solo albums to his credit – from 1979’s A Curious Feeling to 1992’s Still – Banks has also dabbled in writing soundtracks, including 1978’s The Shout, 1984’s The Outlaws, 1986’s Quicksilver, and 1983’s The Wicked Lady, which starred Faye Dunaway. Working with Michael Winner on The Wicked Lady, Banks had his first taste of working with an orchestra, and a dose of musical freedom that added depth to the evolution of his genius. It also laid the groundwork for the inspiration behind his latest project.

Now, with 5, listeners are in for a sonic treat that will make fans feel like young children running amok in a candy store! Aptly-titled, 5 is a collection of five compositions that were recorded with the world-renowned Czech National Symphony Orchestra, lending itself to stunning presentation. Produced by renowned-orchestrator and collaborator Nick Ingman, recorded at both Angel Studio in London and with portions also recorded in Prague, the compositions throughout the record were pieced together through various sessions with an array of masters in their respective crafts. In fact, Banks alone performed all the piano parts, giving the performer complete creative control!

5 opens with the 15:35 minute “Prelude To A Million Years,” where listeners can experience the progression of a lifetime. This grandiose piece of music was originally premiered in 2014 for the 70th Cheltenham Music Festival as “Arpegg,” and here, perhaps what is most interesting, we reflect on the journey from Rock to cinematic expression through Classical music. At nearly ten minutes in duration and embracing Classical as a genre, “Revelle” is a cinematic, rapture period that tells a story from its opening piano to the rising strings that take listeners high into the atmosphere elevated by horns. Brought back to earth by simple piano and oboe, this is storytelling without words or pictures: just close one’s eyes and be swept away!

Easing in with “Ebb & Flow,” there is a soft, delicate transition from beginning to end; the essence of peace painted through music. Masterfully done with flute punctuating string crescendos, harps sprinkle in as this piece reaches its denouement. Finding a connection, “Autumn Sonata” is, by definition, about transition from movement to movement; this concept can be heard through shifts in key and tempo. This is, in fact, a master class in composition and direction with dynamics creating emotion that is beyond expectations.

The final offering here is “Renaissance,” originally composed during Banks’ days with Genesis. As the sonic evolution continues, the music that has found its way here is the final chapter: haunting oboe and violins blend with a chorus of voices to create a mystical voice of elegance. With a vortex of fascination pulling listeners into the mystery with orchestration that reflects brilliance, this is a stunning end to an exquisite collection.

Tony Banks’ name is synonymous with talent, stellar musicianship, and an impressive, eclectic catalogue of music. 5 is therefore no different from what one would expect from this artist: stunning, evocative, beautifully-orchestrated, and timeless. With five marvelous pieces of brilliance, 5 is a shining gem of sonic beauty that is truly deserving of your attention and a round of emphatic applause. Bravo, Mr. Banks! For these reasons, CrypticRock gives Tony Banks’ 5 5 out of 5 stars. 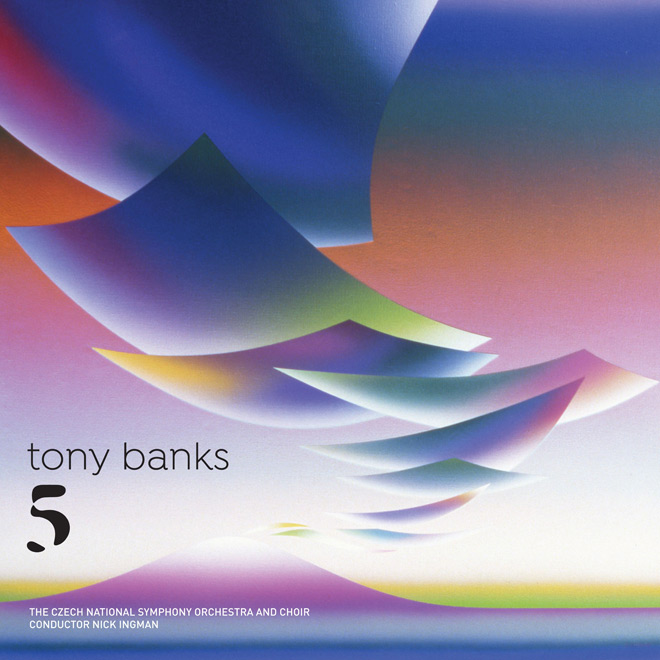