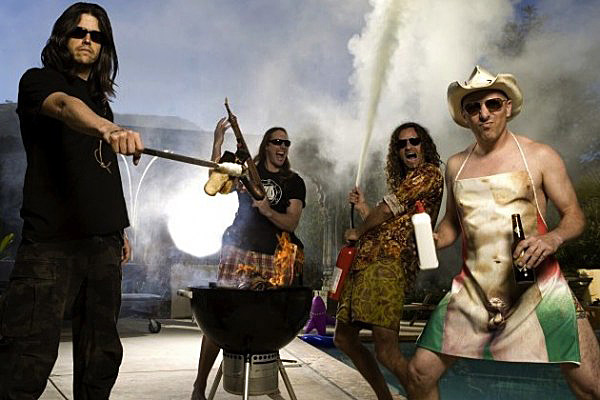 It has been a decade since Tool released any new music, with 2006’s controversial 10,000 Days (Volcano Entertainment) being the last collaboration fans heard from the Prog Rock, Psychedelic Metal, Art Rock, genre-transcending four-piece. Released on April 28, 2006, since then, members Maynard James Keenan (vocals), Adam Jones (guitar), Danny Carey (drums), and Justin Chancellor (bass) have gone their separate ways, with some members working on side projects (Keenan with Puscifer, Carey with Volto!, and Chancellor with M.T. Void), and all of them entangled in a nasty, lengthy legal dispute that prevented them from working on any future albums.

Fortunately for Tool and their rabid fans, that dispute was resolved late last year, allowing for the group to finally reconvene and start working on their fifth full-length album. Updates on the new work are rare and contradictory – one month, Jones will talk about how “wonderfully” things are progressing, and the next, Kennan will mention that things are at a standstill and nothing is happening. This “will they/won’t they” type of uncertainty has essentially split fans into two distinct groups: one group takes to the Internet every day to demand a new album and decry the band for not making that happen; the other says they are content with what they already have, and that if new music ever did grace their ears someday, it would simply be a bonus.

These two camps’ ideologies can be traced back to 10,000 Days, the band’s most dichotomizing release to date. A departure from their previous release, 2001’s Lateralus (referred to by many as “The Holy Gift” for its seemingly divine nature, message, and craftsmanship), 10,000 Days went in directions, instrumentally and lyrically, that the band had only teased before. It instantly became a point of contention for fans, with some saying that it failed to live up to the standards set by its predecessor, and others saying that it was the best release of Tool’s 20-year career. Regardless of which camp the fans were in, one thing was undeniable – it was different than anything else they, or any other band for that matter, had ever put out.

The album kicks off with the seven-minute “Vicarious,” a track driven by Chancellor’s heavy, unrelenting bass and made whole by Jones’ haunting, atmospheric, and ever-evolving riffs. Carey’s drumming is as dynamic as ever, serving as both the perfect complement to his bandmates’ melodies and as a force for change on the track, shifting time signatures to segue into new sections of the piece. And as always, Kennan provides thought-provoking lyrics sung with passion and delivered in poetic fashion. His voice is a little older and a little raspier, but he clearly still sounds like the guy who asked, “Why can’t we not be sober?” over two decades ago.

“Jambi” is the next song, and it is by far the heaviest on the whole album. Jones and Carey bring us into the track immediately with their fast riffs and frantic-but-controlled drumming. After a small taste of things to come, Carey takes a backseat momentarily while Chancellor makes things crunchy with his bassline, and Kennan essentially pleads out to his dying mother for forgiveness. It’s the first time we see Kennan show remorse toward his mother, who had been a recurring character in most of his previous albums.

The third and fourth tracks on the album, “Wings for Marie” and title track “10,000 Days,”  are essentially one 17-and-a-half minute song, which is without a doubt one of the greatest pieces of music ever crafted by mortals. Thunder bellows in the background while Kennan offers up a eulogy to his mother, who in real life had just passed away after being paralyzed for thirty years (hence the name of the album). Previous mentions of his mom always mocked her faith in God, with vehement lyrics like “Fuck your Lord, your Christ… he did this to you” (from his other band, A Perfect Circle). But now, after she passes, it seems to click with him – whether or not God is real is irrelevant; his mother who loved him and lived an honest life is dead, and he wasted a good portion of his life resenting her. While Keenan switches narratives between the grieving son and God Itself, Jones, Carrey, and Chancellor construct an atmosphere of sorrow and grandeur, full of dynamism and chills-inducing syncopation. There has never been another song like this – it is Tool’s magnum opus, without question.

Track five, which starts thirty-two minutes into the album, is radio chart-topper “The Pot,” a sexy, groovy, angry piece about hypocrisy in the court system. It is the perfect transition away from the album’s more somber themes, with a bassline that makes even the most stoic of listeners want to get up and thrash and lyrics like “Foot in mouth and head up ass, so what’cha talkin’ ‘bout?” that are sure to bring a wry smile to your face. Next comes “Rosetta Stoned,” which tells the tale of a man given divine prophecies while tripping on DMT. This eleven minute track is all over the board with its timing, style, tone, message… pretty much everything. There is not any combination of words that can faithfully describe the song, one simply needs to listen to it.

Rounding out the album is another two-track song, titled “Intension” and “Right In Two.” The last of the music of 10,000 Days, the first track utilizes a keyboard and electronic drum kit, two things rarely ever associated with Tool, and the second is perhaps the most traditional Tool-like piece on the album, which serves as a nice reminder of what made the band popular in the first place. The first half is slow and contemplative; the second is intense and progressively structured. Over the course of these songs’ sixteen minutes, it pretty much demonstrates the full breadth of what Tool is and is capable of. It is basically a mirror of their career, and serves as a satisfying ending to an amazing album.

Will Tool ever put out their long-rumored fifth album? Many fans hope so, but if 10,000 Days is the last thing they ever offer the music world, it would be the perfect capstone to their illustrious careers. Instrumentally, they have grown so far away from their Punk/Grunge/Alternative Undertow days that listeners can only recognize their earlier work as being Tool because of the sheer level of talent they possessed, even back then. Lyrically, Keenan has finally achieved maturity as an empathetic human being, and his lyrics are that much more powerful, intimate, and resonant because of it. Fans have essentially watched them all grow up and evolve as people and artists over the past twenty years, and 10,000 Days is a fitting conclusion to their journey. Anything more would just be a bonus. 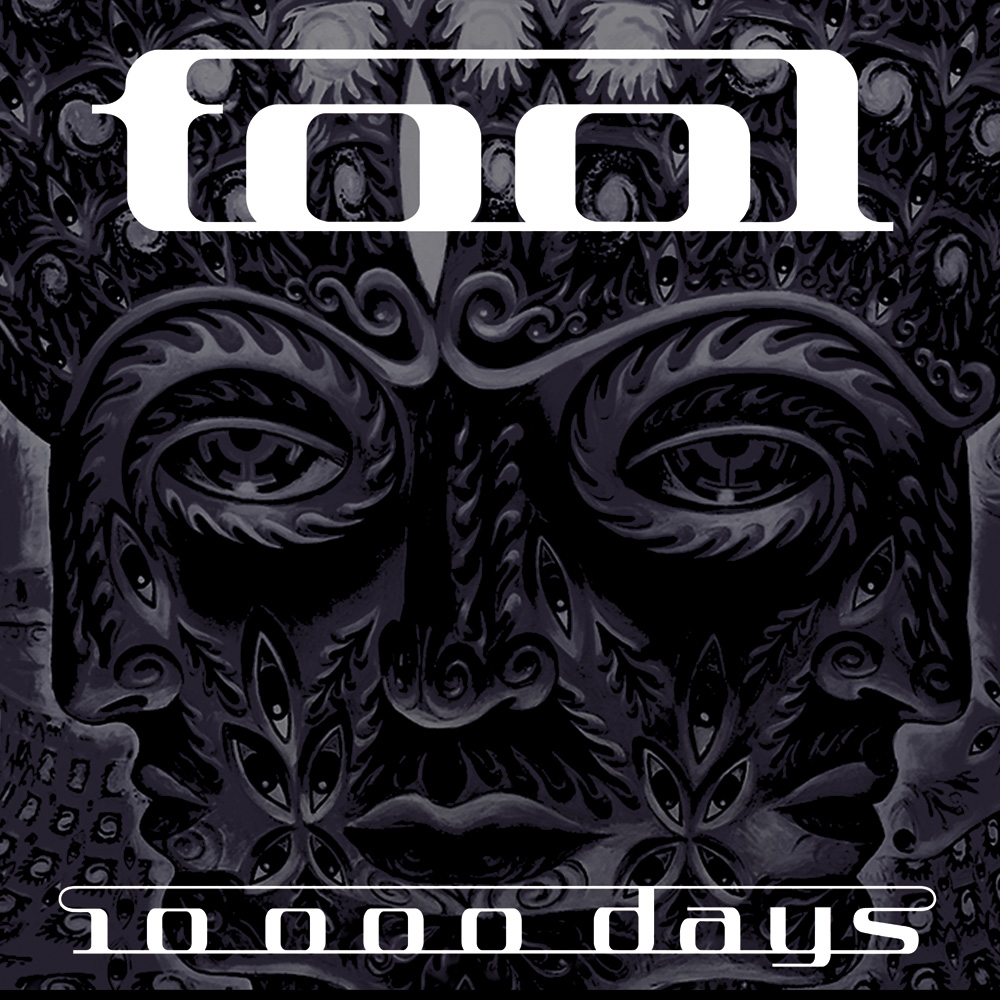 The Agonist – Days Before the World Wept (EP Review) Steve Conte Premieres “Dog Days of Summer” Music Video
Like the in-depth, diverse coverage of Cryptic Rock? Help us in support to keep the magazine going strong for years to come with a small donation.

Dustin lives with his wife and four kids in a small-but-gorgeous city you've probably never heard of. His tattoos range from Tool lyrics to Admiral Ackbar yelling "It's a trap!" to a pre-HIV Charlie Sheen. His favorite author is Kurt Vonnegut and his favorite actress is Kathy Bates. When he grows up, he wants to be just like you, only taller.