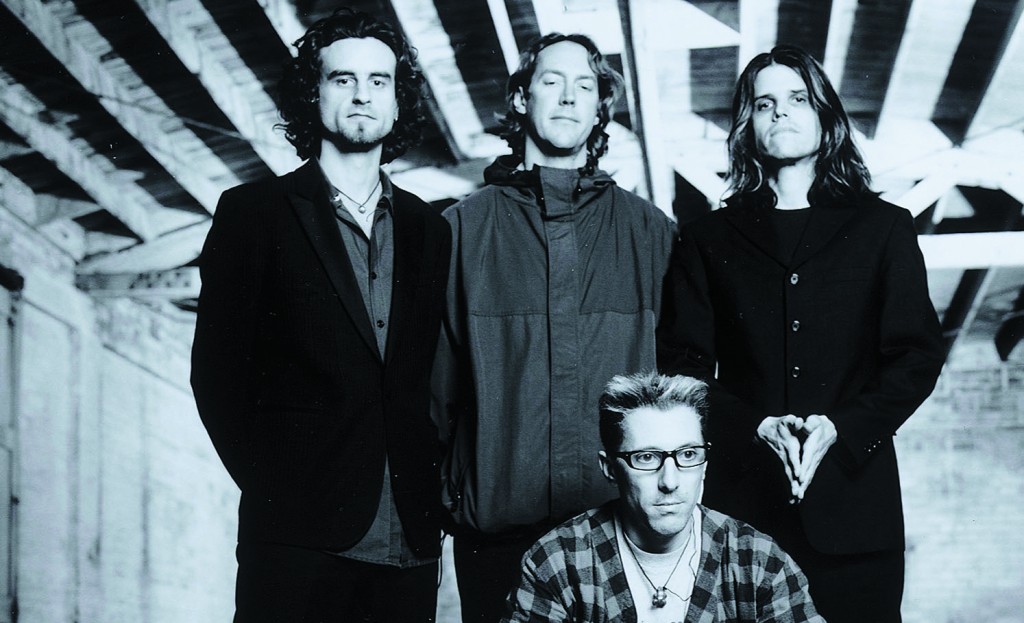 If there is one thing a Tool fan knows, it is patience. Five long years after Tool’s release 1996’s Aenima, fans eagerly awaited new material. Then, without warning, hints began being dropped on the band’s website that they were in the studio, thus leaving hope for fans. In fact, from October 2000 through January 2001, Maynard James Keenan (vocals), Adam Jones (guitar), Justin Chancellor (bass), and Danny Carey (drums), along with Producer David Bottrill, were working in several California studios (Cello Studios, The Hook, Big Empty Space, and The Lodge) recording what would ultimately become their third, full-length studio album, entitled Lateralus.

One of the most anticipated Rock albums of the year, Lateralus was released on May 15, 2001 at a time when fans still ran to the record stores to pick up a copy on the release day; even though MP3’s could be purchased online. Thirteen tracks in total, the CD was immediately met with commercial success as it debuted at #1 on the Billboard 200 Chart, marking the first time since the band formation in 1990 that any of their albums were charted that high that fast. Taking the music scene by storm, it was a hit worldwide and eventually was certified Double Platinum in two years time. In addition, Tool won their second Grammy Award in 2002 for Best Metal Performance for the track “Schism.” Now fifteen years later, Lateralus remains one of the band’s most important releases and perhaps the album that opened the eyes of a new generation to Tool’s music.

Upon the album’s release, the band kicked off a world tour in Atlanta, Georgia. Making a stop to the New York City area on May 20th, to play at the Hammerstein Ballroom, before embarking on the European leg of the tour, Tool was making waves all over. Amazingly, just six months later, when they returned to the New York area, they would be now playing two sold out shows at Madison Square Garden on October 1st and 2nd. Just a few weeks after the tragic Terrorist attacks on September 11th that would change the world, many considered these two particular shows as a part of the healing process for the city. Two kick points in the tour’s history, in general, the run was very spiritual as a whole and was enhanced by featured illustrations by visionary artist, Alex Grey, on the large video screens and backdrop of the stage.

As far as the album itself went, as soon as the CD was popped into the player, the listener was blasted with the high energy and powerful track “The Grudge.” It has a roller coaster of tempos throughout the song and Keenan’s powerful vocals climax at about seven seconds into the song when he lets loose with a primal and guttural scream that goes on for a strong twenty five seconds. The next song, “Eon Blue Apocalypse,” is the shortest one on the album at just over one minute; it is a beautiful guitar instrumental played by Jones.

Then there is “The Patient,” which takes listeners on a persistent journey of one’s inner turmoil. As with Tool’s lyrics in general, the meaning that is drawn from them should be personal to the listener. However, in later years, it became widely known that they from the perspective of Keenan’s mother Judith Marie, who suffered a stroke, and was left her partially paralyzed and wheelchair-bound. The second instrumental on the album comes from “Mantra,” a short little piece of ear candy to amuse the listener before taking them to new heights with the aforementioned award winning cut, “Schism;” a deep and complex song filled with meticulous time signatures and Carey as a driving force on the drums punctuating the point of the lyrics.

The following two songs, “Parabol” and “Parabola,” are a sort of marriage, as you cannot have one with out the other, since “Parabol” is the introduction to “Parabola.” “Parabol” has a subdued feel to it with Keenan’s vocals being very open and airy. Then the listener is hit full force on “Parabola” with heavy hitting drums, deep bass, and cutting guitars as the vocals transcend to “feel eternal.” In addition, the closing riff by Jones is so beautifully crafted and adds the perfect touch.

The most aggressive song on the album comes from “Ticks & Leeches” where a full on fury starts with Carey on drums, then Chancellor coming in deep and hard, joining in next is Jones with a hauntingly mean guitar, as Keenan begins screaming,  “Suck and suck.” Midway through the track, it comes way down in tempo, but is brought back up in aggressive fashion toward its conclusion. Like an adrenaline rush, “Lateralus” takes the heart rate down just a bit as it begins with a nice guitar riff. Overall, the album title track is a spiritual journey of self-awareness and a need to stay open-minded. With Carey giving it a Tribal feel, Keenan’s vocals explain, “Black and white are all I see, in my infancy, red and yellow then came to be, reaching out to me, lets me see.”  Mid-song, Tool draws the audience in deep as the music gives a circular sense as they are introduced to the spiral of our divinity, but grounding them, as in reality they are still human. Jones weaves all through the song and Chancellor keeps it all in the pocket, the song ends on a high as Keenan sings “Spiral out, keep going” several times.

Thereafter, a simple but flattering bass guitar riff starts “Disposition” as Carey plays the Tabla drums and Keenan softly sings. A very melodic piece, it softly flows right into “Reflection,” which is the longest track on the album at just over eleven minutes long. Maintaining a. Indian, Classical music feel as Carey continues with a layering of Tabla drums, the tempo picks up as it goes along, and the use of the Tabla falls away. Wrapped up by a guitar riff that aids in blending into “Triad,” Jones starts shredding on his guitar at about a minute and a half. Although the track is listed at eight minutes and forty-six seconds, the last two plus minutes of the track is complete silence before the finale with “Faaip de Oiad.” A Tool classic, it is filled with distortion overlaying Carey going wild on the drums, a frantic man, who was a former employee of Area 51, warns us that the aliens are among us and the government is aware of it.

Complementing the music, and enhancing the entire presentation of Lateralus, the artwork harkened back to a time when an album’s cover was something to hold in your hands and spend time with, both reading and looking at the photos/artwork. Adam Jones guided the design and visionary artist Alex Grey did the illustrations. Even more compelling, the CD has a vinyl sleeve over the plastic case, and once the case is opened, the CD itself has a black saw blade design with flaming eyes on each blade. The insert contains a translucent vinyl booklet with vibrantly detailed art of dissectional layers of the human body with the last layer subliminally showing the word GOD in the brain.

Without question a corner stone of Tool’s career, Lateralus has stood the test of time over the last fifteen years. Complete with complex lyrics and time signatures, it showed a more mature side of Tool and cemented the band into the Progressive Metal category. With only one other release since Lateralus, 10,000 Days in 2006, die-hard fans are sure to still have this CD on their regular play lists. While the band is still in the writing phase of their next release, devoted listeners again patiently and eagerly wait, but they know the wait will be worth it. 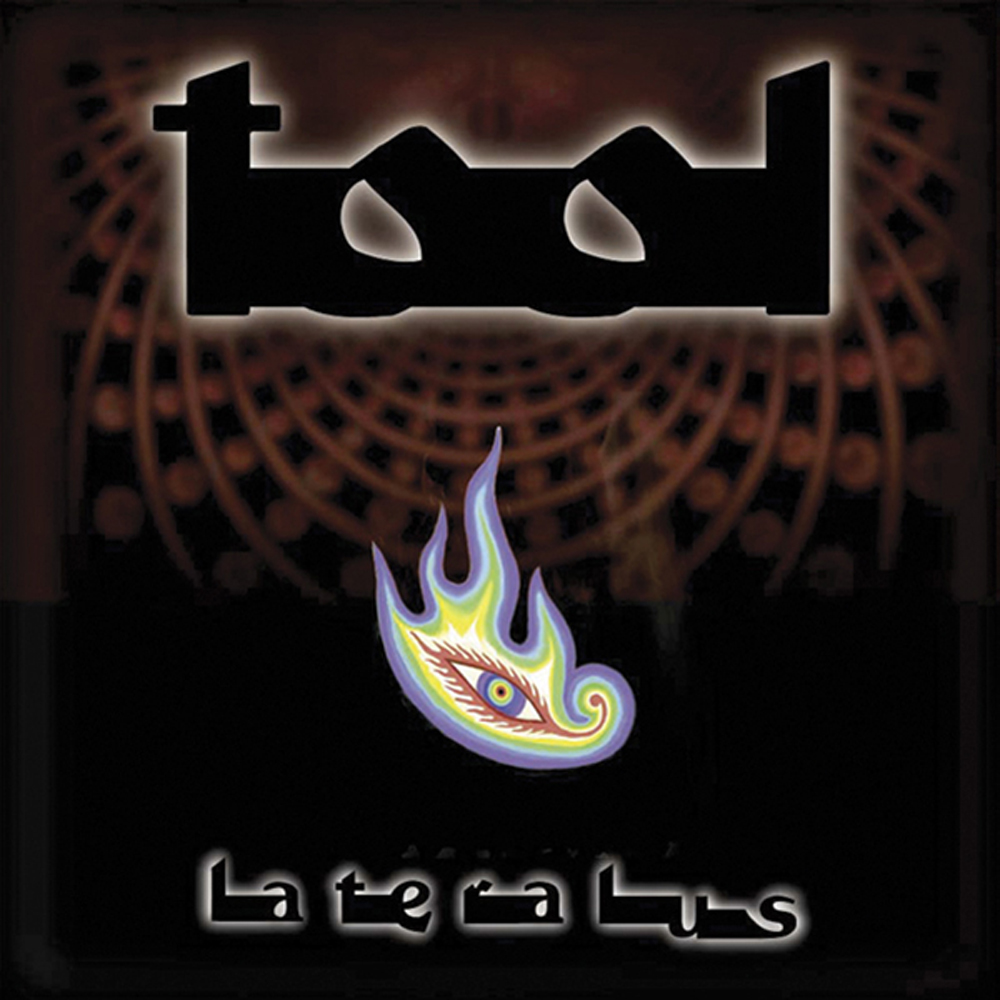