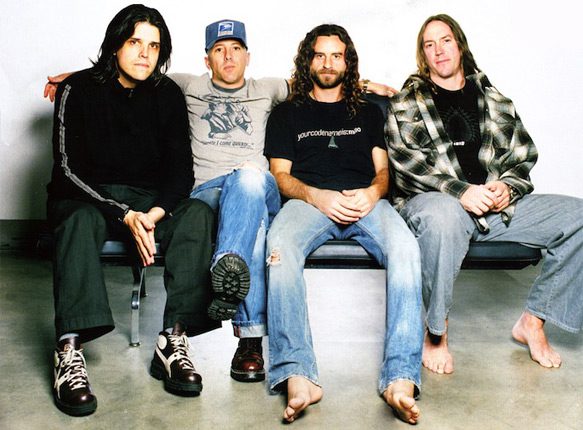 Produced and engineered by Sylvia Massy and former Minor Threat Bassist Steve Hansgen, Tool’s ground-breaking Opiate EP was released 25 years ago, on Tuesday March 10th of 1992. Titled after a Karl Marx quote and preceding Tool’s first full-length studio album by a year, Opiate would go on to sell upwards of a million copies in the U.S. alone and would be certified Platinum by the RIAA.

In the late 1980s, the music scene was starting to take a turn and a new genre, Grunge, was being born in Seattle, WA. Of course, not all new bands were fitting into this genre, and that is where a sprouting new band, Tool, comes into the story. Tool’s formation began in 1990 after Maynard James Keenan moved to Los Angeles. There, he first met Guitarist Adam Jones through other acquaintances.

By 1991, Keenan and Jones were quickly forming a solid musical collaboration, into which they would bring Bassist Paul D’Amour. As the now-trio struggled to find a drummer, it slowly became clear that Danny Carey, whose loft was being utilized as their audition space, could easily fit the bill. When Carey officially became the fourth member of Tool, their chemistry could not be ignored, and as of May 1991, Tool had become a band.

Three months after their formation, the band invited Steve Hansgen, a friend of Jones, to the loft, who also just so happened to be the former bassist of Hardcore Punk legends Minor Threat. Hansgen would go on to record several of the band’s songs with his Fostex four-track recorder, and finish the mixing of them at his home studio in North Hollywood. Jones provided the artwork for the self-titled cassette that would become their demo tape, and would ultimately be referred to as 72826.

Struggling and playing gigs that paid little-to-no money in dive bars in the Los Angeles area, Tool were swiftly building a die-hard fanbase for themselves. After playing a show at the Coconut Teaszer in Hollywood, Lou Maglia of Zoo Entertainment asked to meet with the band in his office the next day. After that initial meeting, other labels got word of Zoo’s interest in the band and also began to approach Tool’s members. Ultimately, Tool would decide to sign with Zoo Entertainment, as they had offered them the most creative control as a band. The day after Thanksgiving 1991, Tool finalized an agreement with Zoo and history was made.

In December, Tool would enter the studio to begin recording their debut EP. From December 1991 to January 1992, they recorded six songs – seven if you include the hidden track – that were produced by the band along with Sylvia Massy and Hansgen. Released on March 10, 1992, Opiate would be classified in the new subgenre of Alternative Metal. “Hush” would be chosen as the first single, and the single’s release was accompanied by a black-and-white video as well.

From the moment you hear the first track “Sweat,” there is no mistaking the energy of this young band and their raw unadulterated anger. While “Hush” might be the shortest song on the EP – at only two minutes and forty-eight seconds in length – the short run-time does not degrade its powerful message. A staple of the band’s live shows, “Part Of Me” is a song that has that classic push me, pull me feel that Tool has become so well-known for.

Notably, “Cold And Ugly” and “Jerk Off” were actually recorded live at a show Tool did on New Year’s Eve 1991, at a place called the Jello Loft in Los Angeles. There is an aggressive feel to the performance and Keenan’s comments can only leave the listener with an imaginative visual of what it must have been like to be lucky enough to be in attendance that night. Lastly is the title track, “Opiate.” The longest song on the EP at just over five minutes, “Opiate” is, in reality, not the last song. Should the listener hang in after almost a minute of silence, they will be treated to hidden track “The Gaping Lotus Experience,” making the last track on the CD a total of eight minutes and thirty seconds.

The following year, Tool’s first full-length studio album, Undertow, was released. “Sober” was a big hit on MTV’s Headbangers Ball, and the video brought mystique and curiosity to listeners featuring the artwork of Jones. A much larger worldwide fanbase was growing and album sales were soaring.

Over time, Opiate’s popularity has grown and, today, is a Platinum selling success. In record’s honor, in 2003, Tool released a limited edition twenty-first anniversary edition of Opiate before featured new artwork, by Jones. Only 5000 copies were printed and the Tool Army were exclusively offered copies hand-signed by the band.

In the twenty-five years following the release of the EP, Tool has only produced four studio albums and one box set. That in mind, Tool has won three Grammy awards; in 1997 for Best Metal Performance for “Aenema,” in 2001 for the same category for “Schism,” and in 2006 for the Best Recording Package for 10,000 Days.

One of heavy Rock’s most adored bands, Tool’s popularity still grows, and they have been doing short tours and sporadic festival appearances over the last several years. Most recently via their website, they announced that they will be announcing new tour dates in the coming weeks, so keep a look out. If there is one thing a Tool fan knows, it is patience, and as they eagerly await the next studio album, they can still enjoy classics like Opiate as part of their regular play list. 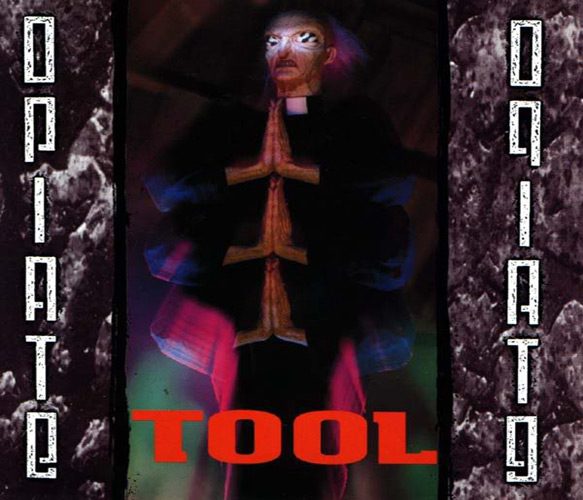