The Mockumentary masterpiece Top Knot Detective slices its way through the twisty-twirled hairs of an overtightened man-bun, becoming 2017’s Movie Of The Year in the process. While it cannot physically cut through anything in reality, Top Knot Detective will surely grab hold of the heart, capture the senses, and hug the soul. There is a whole lot going on in this movie than anyone would think, forever keeping itself from ever being just another Mockumentary; and if one were to blink viewing such a movie, then the topnotch craftsmanship of Top Knot Detective will be missed. 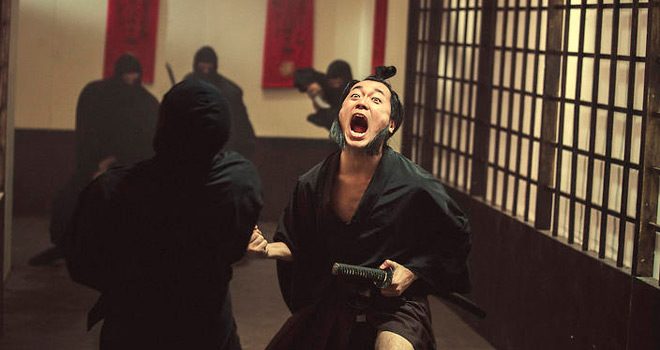 What started out as the beginning of a web-series, financed and published through SBS (Australia), Top Knot Detective became a fully-funded, full-length feature towards the end of its production. With the financial help from ScreenWest and Screen Australia, Top Knot Detective débuted on SBS-2 back in September 28, 2017. The movie was also screened at Fantastic Fest to many cheers, and most recently on November 5th at Ithaca Fantastik Film festival.

With most of the logistics out of the way, it would be best to mention the people involved in making such an amazing movie, which were at the hands and minds of Co-Writers/Directors Aaron McCann (Perished 2011, Set Yourself Free 2014), and Dominic Pearce (Factory 293 2014, Meal Ticket 2016). Both gentlemen entered an idea to SBC’s 2015 Comedy Runway for a possible web-series depicting a top-knotted Samurai avenging the death of his master. However, McCann and Pearce decided to do something entirely different: to make a Documentary about the Samurai show, instead.

This is where the genius gets even more genius: The show, stated to have “aired” and “filmed in Japan” (also known there as “Ronin Suirei Tentai”), found a new home on an Australian cable channel which ran the show in ‘90s; here and then Top Knot Detective became an overnight sensation, and the show was placed into cult status. 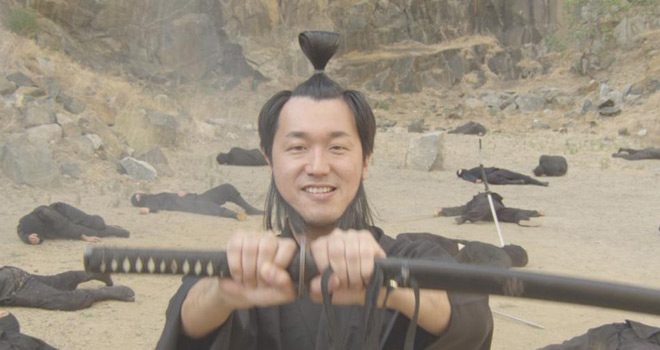 Because of its “popularity,” McCann and Pearce explore Top Knot Detective while interviewing the cast and crew. The directors even take it up a notch to further authenticate this fake show inserting scenes of random fans raving about the show, and telling the impact it had on their lives. To fully sell the idea of Top Knot Detective’s existence—and of its true origin—McCann and Pearce hired a Japanese cast, and had every line of dialogue spoken only in Japanese. Because of the latter, and because of great ideas, English translations splay the bottom of the screen in subtitles, adding to the ingredients for making the perfect Samurai film.

What is the show about? Well, there is this samurai, see?—named Takashi Takamoto (Toshi Okuzaki: Paper Planes 2014), and he stumbles upon the lifeless body of his master. Takamoto quests through treacherous lands battling ninja-bots and monsters vowing vengeance against evildoer Haruto Kioke (Masa Yamaguchi: Feed 2005, The Wolverine 2013) for the murder. Eventually, this top-knot detective falls in-love with trusted friend and ally Mia Matsumoto (Mayu Iwasaki: Suppose The Night Tasted Like Sugar 2014). Together, they fight for their lives until every enemy has perished.

Although the show is unfortunately fake, this did not stop McCann and Pearce from adding more depth to what went on behind the scenes, creating something totally unexpected. For instance: The show’s star, Takamoto, is actually the show’s creator, writer, and director—even having a hand in the editing process. He was also problematic, got into lots of trouble, and was imprisoned. This is how McCann and Pearce keep this film from being just another Mockumentary, for as the movie progresses, as more secrets are revealed of what really went on behind the scenes, certain things start to emulate the plot of the show that never existed. In doing so, this superbly plays on the emotions of the viewer, showcasing two great movies for the price of one. 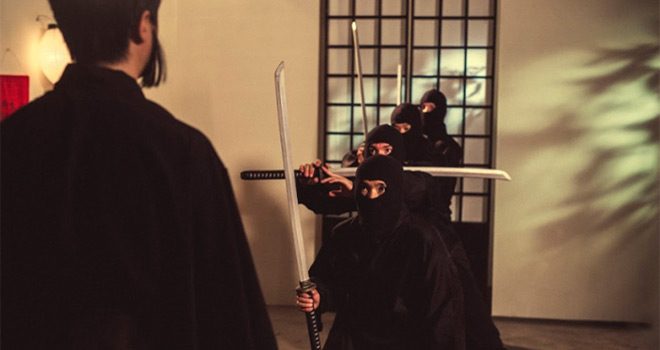 Top Knot Detective is McCann and Pearce’s dedication to the cheesy, low-budget, made-with-heart cinema of Samurai films. From the moment this Mockumentary starts, begging for it to never end will overcome the viewer. Top Knot Detective is full of amazing (fantastic, Oscar-worthy) actors, smart (award-winning) writing, and good-looking, old-fashioned low-budget practical effects—not to leave out the rivers of blood spraying from dismembered body parts of course!

Without having enough page to write out all that would possibly pique the interest of another viewer, CrypticRock proudly gives Top Knot Detective 5 out of 5 stars. 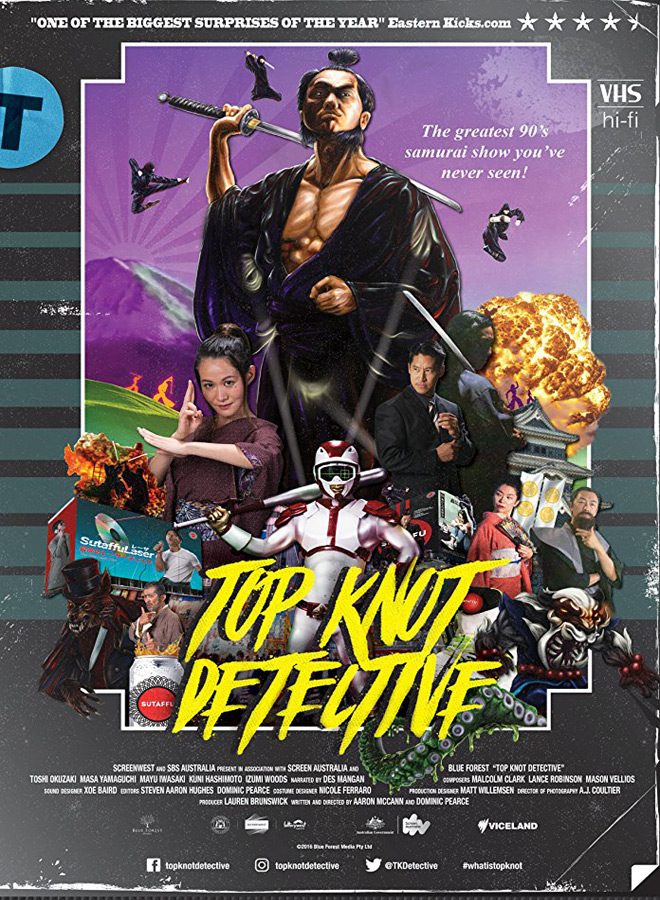