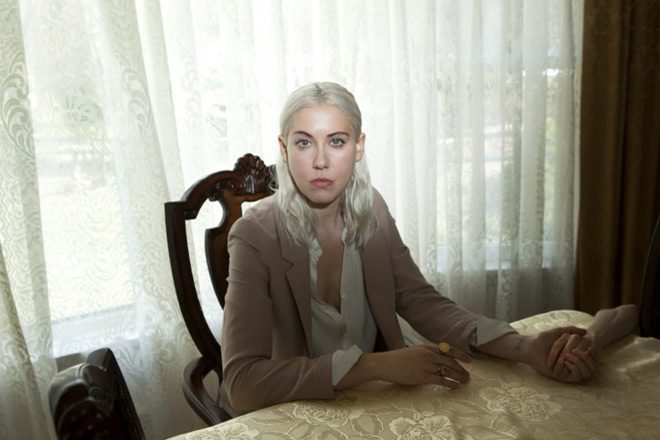 Have you ever heard anything that sounds like a cross between Kraftwerk and Rainer Maria? Well, now you can. Torres, also known as Mackenzie Scott, is set to release her third studio album, Three Futures, on September 29th through 4AD. With this new record, Torres is out to prove that she can craft a brilliant blend of Electronic, Goth Rock, and Industrial sounds. Combine all that with her eerie, swooping vocals and you have got a dark, immersive sonic experience that gets better with each listen. Building off the sound she has established with her 2014 self-titled LP and 2015 follow-up, Sprinter, Torres brought in longtime Producer Rob Ellis (Placebo, Bat For Lashes) and turned to the lush hills of Dorset, England for inspiration.

The hidden layers of Three Futures begin to slowly peel back and unveil themselves with each listen. There are many, and the journey to discover them all is a joy. While the album’s production is lush and consuming, it is never overwhelming or overdone. Nothing is out of place, even during its more discordant moments. On opener “Tongue Slap Your Brains Out,” the sounds are minimal, putting the focus on Scott’s warbling vocals. This leads into the mix of dark Electronics and deliberate fuzzy guitars on “Skim,” all taking the album’s sound to the next level.

Scott injects some bright, colorful moments into the bleak Industrial feel at the close of “Skim,” leading into title track, “Three Futures.” Though the album’s title track is among its quietest, its lyrics are among the most powerful. Piercing the light soundscape with heavy guitar notes, Scott weaves an ominous tale of two people’s past.

While the power of “Three Futures” lies in its softer layers, stand out track “Righteous Woman” infuses harder Rock and Electronic Pop elements and sees Scott showing off more of her vocal ability. Lyrically, this track leans fully into one of the album’s main themes: celebrating the body. All of these elements combine to make one of the album’s best, and “Righteous Woman” begs to be played live for a sweaty crowd in a darkened club.

The same can be said of the album’s best track, “Helen in the Woods.” Scott’s eerie vocals echo Kate Bush and are used to their full force as she screams the breathy, ominous lyrics over all-consuming Electronic and heavy Industrial tones. Its shaky beat mimics and invokes images of being chased through moon-dark forests and creates an encompassing, breathless feeling. The song is frenetic, urgent, and unlike anything else on Three Futures.

Few songs on this album took their sound layers to the wild levels of “Helen in the Woods,” but “Concrete Ganesha” comes closest with its full Industrial clangs and crashes making for another standout track before the album winds down with the hushed Electronic haze of “To Be Given a Body.”

Overall, Torres has crafted a stellar collection of intricately placed layers of sounds that will find themselves stuck in your head long after they finish. Scott’s one-of-a-kind vocals and off-kilter lyrics are the black ribbon on top of this beautiful package. While Three Futures does have its stars, each song can easily stand on its own legs, and, as a whole, the album has an excellent flow that will have you coming back for more. For these reasons, CrypticRock gives this album 4.5 out of 5 stars. 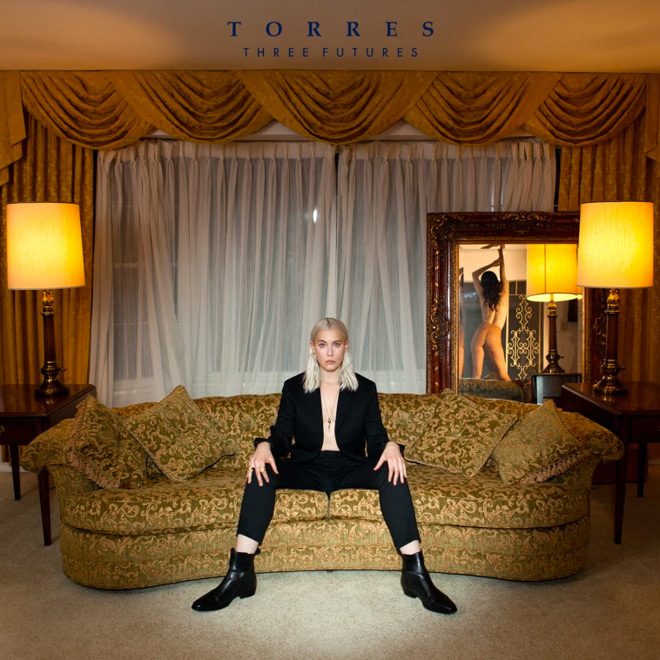