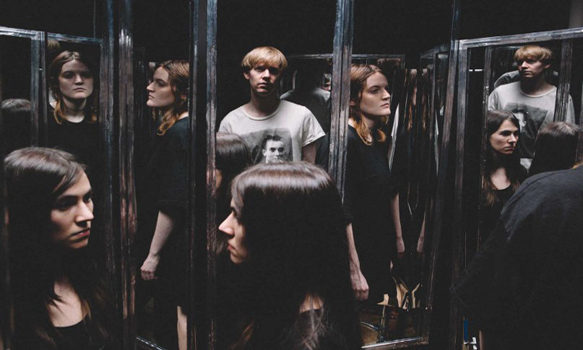 Hailing from the borough of Brooklyn, New York, Total Slacker is not just another run of the mill Rock band. Originally come together back in 2010, the band has released two full-length albums and gained attention on the international circuit. Now, in 2016, the band look to make their big move with their third studio album, Parallels. A follow-up to 2014’s Slip Away, an album that received national attention for its trippy Rock sound, the new effort brings together Tucker Rountree on guitar and vocals, Lydia Gammill on bass, and Mattie Siegal on drums. Eleven tracks in total, the album somehow blends completely different Rock vibes into a cohesive solid piece in the spirit of Rock-n-Roll at its foggy Dream Pop best.

Beginning the trip, “Turn on the Lights” kicks in heavy with a solid, guitar-driven beat and lyrics that challenge the listener to jump in and not run away. Moving easily from heavy to lyrical, Roundtree’s guitar and vocals soar. Intrigued yet? Do not turn away, there is much more to come. Starting with a Hendrix-like guitar riff, “Vision” echoes the ’90s era, thick with that unidentifiable cool factor. Simple melody and guitar work allow the music to breathe, not staying stuck in the journey to the present. The song grooves and the vocals are reminiscent of Steven Perry soaring when Rountree lets it fly. Almost clipped feeling, it feels like there was more to the music but was left cut by the production.

Everyone knows a “Community College Hero,” and that fact makes the song title alone priceless. A reflection of the times, it pulls the banal quest for existence and puts it to music. The dreamy melody comforts a lyrical cynicism in a padded layer of denial, and it is possibly one of best songs on the record. From there comes “Don’t Want to Be Alone” and the lament of not knowing. Implying the emptiness that comes with the attempt to move confidently into life, the fact that it is not safe to walk home is repeated in a kind of guitar-peppered mantra.

Moving on, “Olympus Hills” is the challenge to reach new heights and throw away one’s fears. Tapping firmly into the ’90s Rock obsession, it almost captures a taste of Squeeze Pop roll. Pushing to find new heights drops deftly into “Trombone Your Soul.” Coming in at 7 minutes 28 seconds, every second is needed to follow the song. This is because it challenges the audience to listen to spatial depths, which their music dives into, creating a new shift. Guitar heavy, the lyrics shift easily into the plodding Rock of purpose. It is of note to say that there is no specific instrumentation that stands out, but is a reiteration of the fact that “you’re naked like the rest of us,” like the song suggests.

Parallels take that above quoted message of terminal uniqueness that seems rampant in today’s society and smashes it with its lyricism. That being said, “Erased Your Number” is an ode to every drunken stupid impulsive moment, to say enough. The song misses the mark, or in comparison to the Total Slacker mentality, it could fit. Compared to the rest of the album, these song lyrics feel juvenile, although the music continues to be dreamy and engaging. Kicking back to the teen angst ’90s zone, “Lost in Your Eyes” comes in with a strong guitar groove layered with simplistic lyrics. There are some interesting progressions and vocals in the bridge, adding to the ethereal moments of the lyrics, making time almost stand still. Then, ending it all, “Journeys Ahead” really sums up the album perfectly. The guitars are atmospheric, vocals distant, and vibes are addictive.

This Power Pop trio from Brooklyn really has something special. A band that would fit perfectly in the heyday of Dream Pop and Shoegaze, they are unique to the present Indie Rock scene. Utah transplant Tucker Rountree brings an open feeling colored with canyon lands of sound to the compositions that are Parallels. Well-sequenced and engineered masterfully, blending heavier Rock with Dream Pop, Parallels is definitely worth the listen. CrypticRock gives this album 4.5 out of 5 stars. 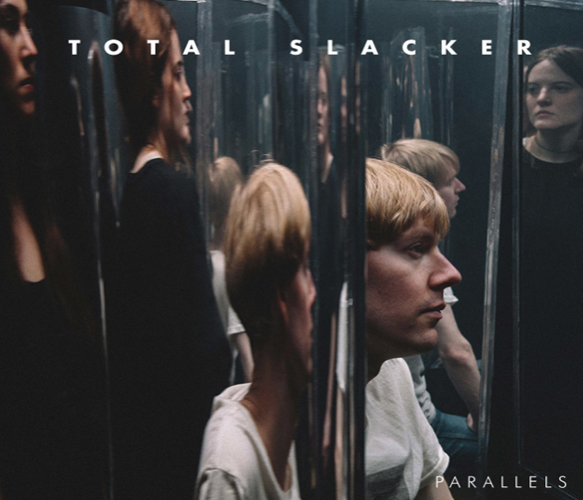 A Pale Horse Named Death – Infernum In Terra (Album Review) You Me At Six – Suckapunch (Album Review)
Like the in-depth, diverse coverage of Cryptic Rock? Help us in support to keep the magazine going strong for years to come with a small donation.