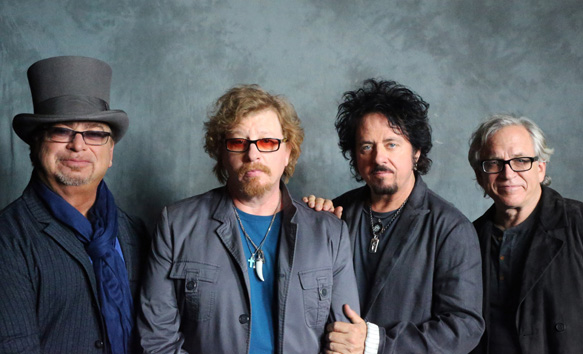 Formed back in 1977, California based band Toto jump-started a career that would be defined with massive success during the 1980s. Much celebrated for hits like “Africa,” “Rosanna,” and “Hold the Line,” it has been almost ten years since Toto last released any new material.  Ending the long period for yearning fans, they now return in 2015 with their thirteenth studio album XIV via Frontiers Music srl.  With the same distinctive blend of Pop, Rock, Soul, Prog, R&B, Blues, and Jazz that brought them success in the ’80s, Toto are the ultimate adult oriented Rock band with a sophistication in their music that never fails to impress. Led by Steve Lukather (guitars/vocals/keyboards), David Paich (keyboards/vocals), Steve Porcaro (keyboards/vocals) and Joseph Williams (vocals) are now joined by the accomplished Keith Carlock (drums). Not a member of Toto since 2008, sadly long time bassist Mike Porcaro lost his battle against ALS a week prior to the release of XIV, and the third Porcaro brother Jeff (drums) passed in 1992 from heart disease. Sustaining the tragic losses through the years, Toto are excited about the future and the band consider this new album to be a follow-up to Toto IV, the album that made them global superstars in 1982. Steve Porcaro states that, “We are treating this like it is Toto V, our follow-up to Toto IV. We just want to be the best version of ourselves that we can be. Be true to ourselves and make the best music we can.” With all band members taking part in the writing and in lead vocals, they have scope to draw on over thirty-eight years of experience.

Opening with “Running Out Of Time,” the track has all the trademark melodies, exquisite guitar riffs, and delicate, complicated rhythms that you expect from Toto; polished and perfected. The song itself inspires hope. Gentle piano refrains and a tender vocal are contrasted with a desperate, passionate chorus in “Burn,” a love song with emotion bursting out from every note. “Holy War” examines the hypocrisy of fighting in the name of religion, something as equally valid today as during the crusades of the Middle Ages. Jazz style rhythms expertly convey the contradictions of fighting for peace and love. “21st Century Blues” is a lament on the modern world and the manipulation of our beliefs by the media. With a classic blues style, it has Mississippi swamp in every chord; rich, humid, and oozes class. Pure Rock describes “Orphan,” fiery and confident with a positive message. “Unknown Soldier (For Jeffrey)” is a stirring tribute in the form of Prog Rock sprinkled with dramatic acoustic guitar and epic vocals, again about the futility of war. Soft and romantic, “The Little Things” is a typical ballad with textured instrumentation and a relaxing feeling that captures the magic of their sound during the ’80s, but with a modern flair . “Chinatown” is very Donald Fagan in style, jazzy, cool, groovy, and slick, complex while full of delights. Sultry and sensitive, “All The Tears That Shine” is an affectionate love song punctuated with deep-noted piano backing and poignant lyrics. “Fortune” is a syncopated smooth track with a ‘Pop-like feel and effortless refinement. With stunning strumming complementing the massive build-up, thunderous drumming, rousing chorus and guitar solo, “Great Expectations” is a fitting end to a spectacular album. This track has Prog Rock exuding from its heart.

These world class musicians certainly have brought their “A-Game” to the table, when writing and performing on XIV, they are now setting out to bring it to the masses with numerous festival appearances and live shows throughout Europe and a North American tour planned for Summer 2015, followed by a return to Asia. This is certainly an album worth waiting for. CrypticRock give XIV 4.5 out of 5 stars. 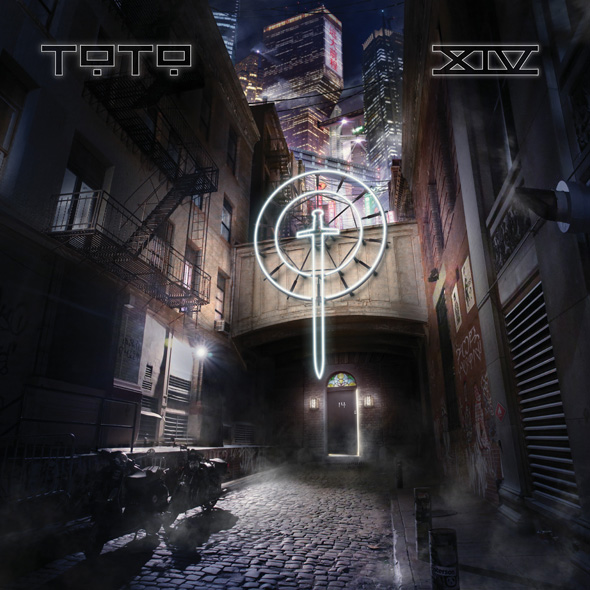 XIV is available in several formats, including a deluxe edition with a “Making Of” documentary on DVD, expanded booklet which contains an in-depth story, and interview about the album, as well as exclusive pictures. It can also be purchased as a 2 LP vinyl set and a super deluxe edition, which consists of the deluxe CD/DVD with the 2 LP vinyl, exclusive poster, large t-Shirt, and a lithograph.