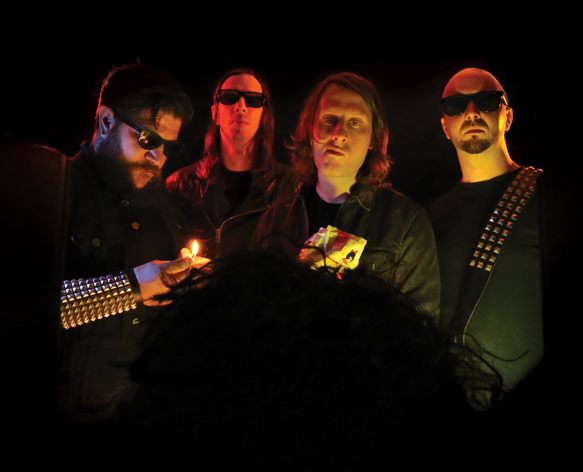 Hailing from the borough of Brooklyn, New York, the band calling themselves Tournament have been looking to perfect their own Rock-n-Roll sound for eight years now. Releasing music independently, breaking from tradition, and doing things on their own terms, Vocalist/Guitarist Montana Masback, Guitarist Sean Kraft, Bassist Ryan Kelly, and Drummer Jordan Lovelace make up this interesting bunch of musicians. Signing on with The End Records, the band has put together their debut full-length album, entitled Teenage Creature; twelve tracks of Rock that is bound to draw attention. Recorded in their own studio with production from Lovelace along with Kyle Keays Hagerman (Destruction Unit, The Men), Teenage Creature brings a sound old and new that grips the jugular and pulls until they bled the listener out.

The album’s title track gets things going with a deafeningly high-pitched riff that turns to feedback. The feedback gives way to a deep bass riff as the drums kick in with high octane. The guys sing an ode to the raucous young in this piece. Next, “Too Far Gone” comes in as if right off the melody of the previous track, keeping the same energy as the guitars speed through the melody with the drums in accompaniment. There is an urgency to this song that matches the short time. Moving on to “Scattered,” the pace is unrelenting as the bass tests speakers and guitars test ears to keep up as they wail and grind through the piece as the boys sing about being pulled all over the place at any given time. With a hollow, retro sound, “Eye on You” comes in heavily on the bass and riffed out as the band plows through the melody while singing about the way anything anyone does is going to get scrutinized and judged, regardless of what it is.

The cut “Detroit” has a dirty, funky melody driven by the grinding guitars. One gets the image of a dive, the band behind a grate as they play to the raucous patrons, singing, “Back in the city!” Changing the album up a bit, “Biff’s Future” is a psychedelic instrumental that sounds like the late ’60s through ’70s meets the 21st century. It is hardly a throwaway piece, just a fun detour. “Whip” returns to the Punk as the drums count off the intro as they kick in, followed by a speed riff. The track ends abruptly with a voiceover of some rednecks ragging on someone. Feedback is the intro for “Sean’s Place” that carries at various places throughout the tune. This track has the requisite speed that the group is becoming known for as they sing about hanging with Kraft.

“Accident Boys (Trouble)” has an intro that is reminiscent of Billy Idol before the melody opens up into a beat rife for the mosh pit, and does not let up the distorted finale. The drums count off, and “No Control” takes control with an extended intro followed by an air-tight riff. A drum roll brings in “Life is Over.” A melodic riff follows with Masback’s vocals about getting a life back on track before it is too late. Again, there is a modernized retro vibe to this track. “Problems” closes out Teenage Creature with as much energy and bass as the album came in on. The same energy is shown in the lyrical delivery about a toxic relationship.

There is something to be said and admirable about thumbing your nose at corporate entertainment molding, and Tournament has done a good job with Teenage Creature. Aside from some vocals drowned out by the music, this is one hell of a Rock album. As Tournament matures as a band, more good things will appear for the never satisfied group. CrypticRock gives Teenage Creature 4.5 of 5 stars. 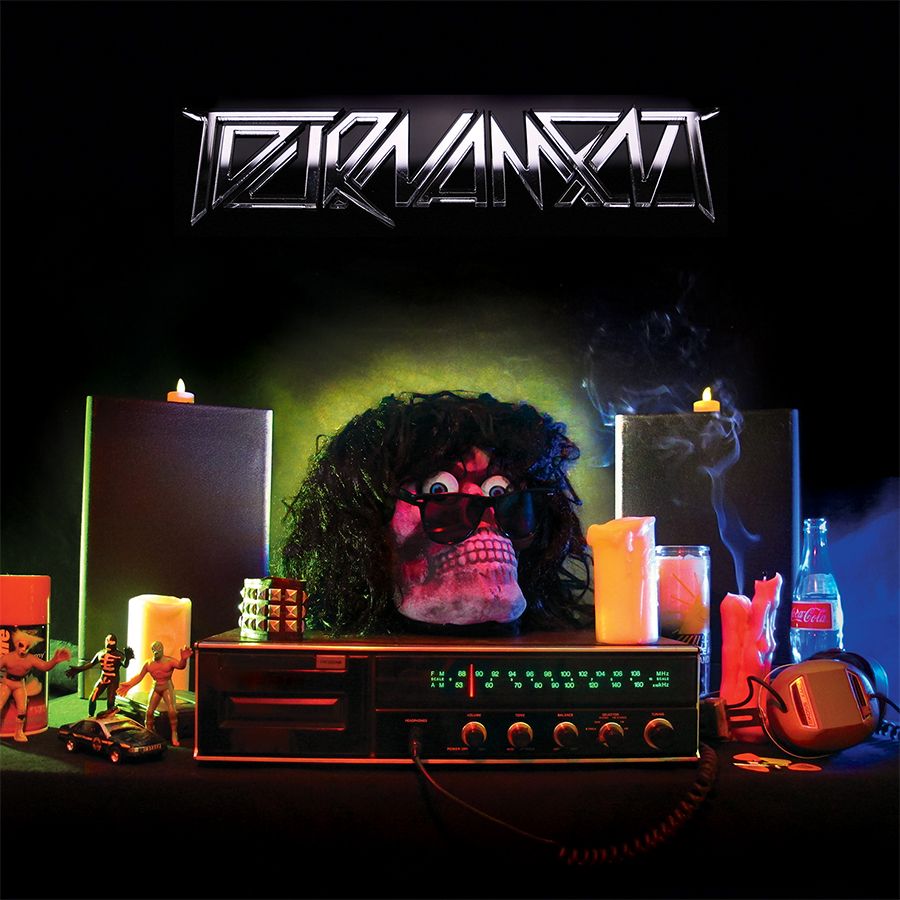