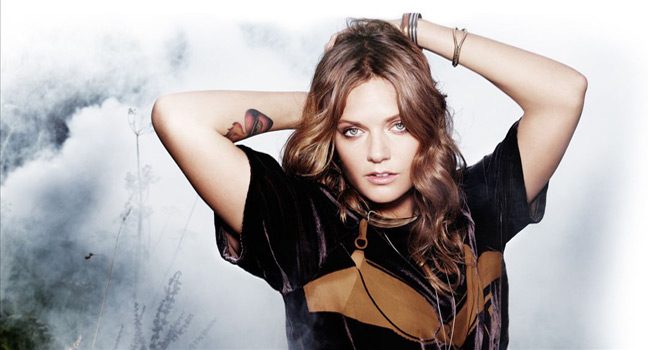 Born Ebba Tove Elsa Nilsson, Swedish pop songstress Tove Lo made her mark on the music industry in 2014 with the release of her debut album Queen of the Clouds. The album produced the sleeper hit singles “Habits (Stay High)” and “Talking Body,” both of which broke the top 20 on the Billboard Hot 100 chart after their release. She followed this up with her second album Lady Wood which was released Oct. 28, 2016 and produced the single “Cool Girl” and opened at no. 11 on the Billboard Hot 200.

Distinguishing herself by her unapologetically lusty and sexual lyrical content, Lo is continuing her hot streak with the release of her latest album Blue Lips on Friday November 17, 2017 via  Island Records. The best part, this time she is pushing the exploration of intimacy even further and more complexly.

After a brief introduction to the first “chapter” of the album, “Light Beams,” the first full track on the album is the hit single “Disco Tits.” There is an infectious, humid steaminess about the track that brings the lyrics to life and seems to encompass the listener as the singer vocally dances from effect-laden sounds to her clean upper register.

In “Don’t ask Don’t tell” she allows the emotional honesty to bleed through when it comes to addressing the mistakes made in a relationship and the things that people allow in the name of love. The entire album is set up in a similar fashion- the dichotomy between the beginning of a relationship through its slow downward spiral. On the way down is where we find “don’t ask don’t tell.”

As you approach the middle of the album and the second “chapter” of Blue Lips, the percussion-heavy “Strangers” kicks in with heavy electronic drum sounds and rhythmic beats. The electronic beats in this song drive it forward and maintains Lo’s classic club jam reputation while still swirling in the slow and emotionally bare undertone. There is a feeling of being lost and lonely and needing direction or a firm hand to guide her as she ends the song basically allowing herself to be completely open to this “Stranger in the dark.”

The last song in the “Light Beams” chapter is “Bitches.” Here, Lo is back to being raw and honest about her sexuality and ferocity as she sings about receiving sexual favors from “Bitches,” as a means to an end. While a little questionable in its provocative lyrics, it is direct and unfiltered which is what fans have come to expect from the Swedish songwriter.

As the metaphorical relationship on the album devolves, we enter the “Pitch Black” chapter. The distinction between the two chapters is marked by the full capitalization of the chapter titles while the song titles are all presented in lowercase. This is meant to show the difference between the progression of the songs on the album and to mark where things will begin to differ. It doesn’t take long before you can hear the difference. In the first song on the “Pitch Black” chapter, “Romantics” which features guest vocals by Daye Jack, the tone is noticeably darker and methodical. It’s not the fun, drug-fueled, synthy club pop that the first half of the album provided.

Later on, we encounter “9th of october” which reminiscences about the better days of a relationship leading up to its inevitable dissolution. This leads to “bad days” and remembering the feeling of being loved, even on your “bad days” and how some people easily transition from one love to another. Closing out Blue Lips is “Hey You Got Drugs?” This is a slower track that winds its way out of the album and feels like one a final fling of break up sex before parting ways as she sings, “I promise for life you can brag ‘bout tonight.” The drugs in the song are the love and physical intimacy of the soon-to-be ex as described in the lyrics “Hey you got drugs?/ Just need a pick me up/Only for tonight, don’t tell anyone I was with you.”

Tove Lo has made her career on high energy, EDM infused, unfiltered and sexually charged dance-pop hits, but Blue Lips is a different monster. While it does not contain as many of her usually drug-riddled, psychedelic junky pop singles as past albums, it shows a growth and artistic cultivation that looks good on her. The evolution from pure shock pop to intellectually developed concepts and song stacking to build a complete work is indicative of the thought that went in to make this album. So, for composition, development, and swirling beats, CrypticRock gives Blue Lips 4 out of 5 stars. 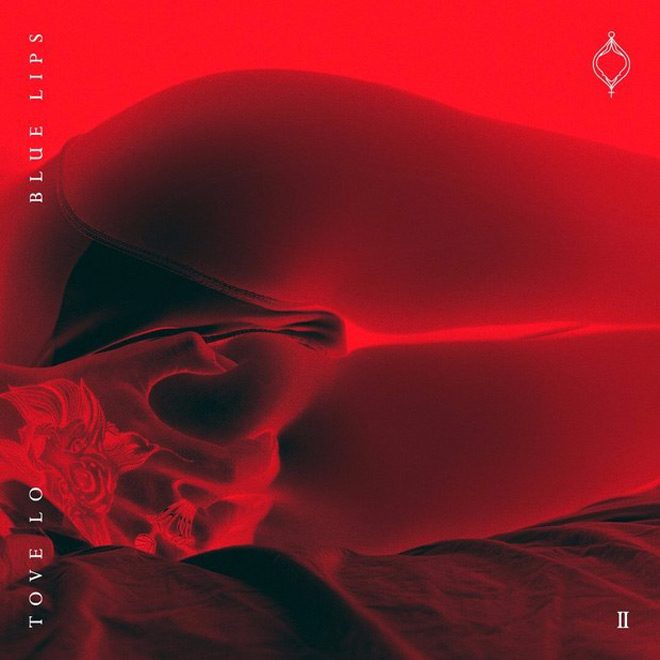