Islands are the perfect place to test chemical weapons and the like. The latest Horror/Action movie by Industry Works Distribution, Toxin 3D, released on April 15, 2014 focuses on Archer Island in the Pacific Northwest where secret military operation is underway. Filmed in Vancouver and British Columbia, written and directed by Tom Roycove (American Mary 2012, American Gothic 1995), the events of Toxin start three months ago when Lt. John Paxton (Douglas Chapman: Arrow series, Godzilla 2014) and his team, under the guidance of Colonel Donald Magnusson (Phillip Granger: The Barber 2002, Tucker and Dale Vs Evil 2010), are testing what they believe to be a new performance type drug, but instead is something insidious that changes the course of their fate.

A couple of months later, Carla Frye (Kyra Zagorsky: Helix series), a self-confident woman, and her crew are taking a plane full of passengers looking for adventure on an island nearby Archer Island. John has boarded the plane and, by accident or design, hijacks the plane which crashes into the ocean. The survivors, including Carla and John, manage to swim their way to a beach, coincidentally Archer Island. Once the group gather themselves together, they discover that John knows much more about what is going on than he is letting on. The mishmash group, that include a couple of newlyweds with their own secrets, are wary of John particularly as he is the reason they crashed and are deserted seemingly without contact with the outside world. One of the men, Troy, ties John up, which he easily escapes and they learn that John is a member of a special forces unit with a history on the island. John explains that a military test went wrong and they need to get off the island as a matter of urgency. This proves to be more difficult than expected as not all the former inhabitants have gone. 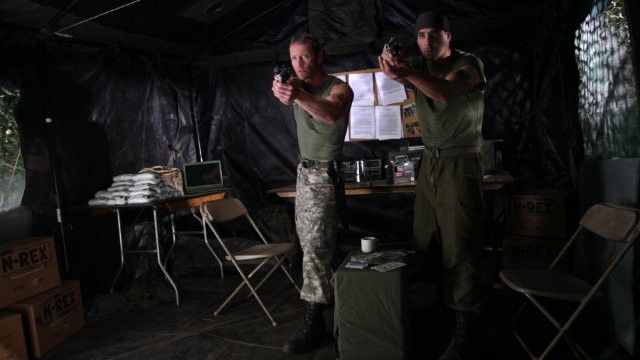 The group find themselves running for their lives from almost rabid-like humans, and a toxin that quickly invades the body upon contact. That seems like more than enough to handle, but the military, led by Magnusson, have also decided the island needs to be wiped off the earth to contain the devastating chemical weapon they created. Now they are not only trying to evade infection and fighting off those already infected, but they need to get off the island before it is blown out of the water. As they watch fighter jets overhead and avoid the deadly white substance scattered over the island, the group dwindle rapidly as they succumb to one horrific situation to the next. Who will survive to leave the island, and if they do, will that be the end of it? With money being the main motive, and an explosive open ending, what will happen to the fate of mankind, when their own military are set to end it? 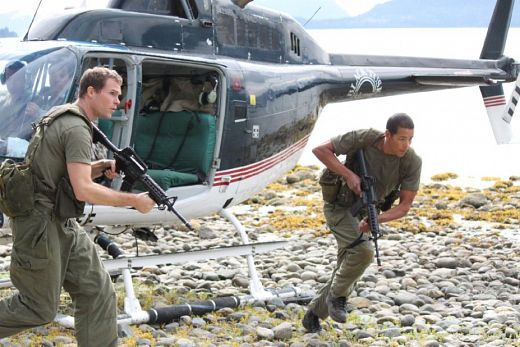 The cinematography by Andy Hodgson (Sunday’s Child 2011, Woodland 2014), who usually does short films, maximizes the beautiful surroundings with plenty of greenery amongst the tons of blood and body parts. Packed full of action from beginning to end, the special effects in Toxin are seamless, which if watched in 3D makes the viewer feel right in the middle of it. Filled with plenty of blood and gore, Toxin 3D utilizes a variety of points of view to tell the story including first person in action sequences, which provides a unique perspective. Only bordering on being Horror, unfortunately the Action far outweighs the storyline and plot, only lightly touching on the characters background. There are quite a few overly dramatic moments that detract from the intensity of the plot and are quite jarring, which results in pulling the viewer out of the story. The open ending provides the possibility of a sequel and, if handled well, could be the start of a cult series. Those looking for flash and bag, this is the movie for you. CrypticRock scores Toxin 3D 3 out of 5. 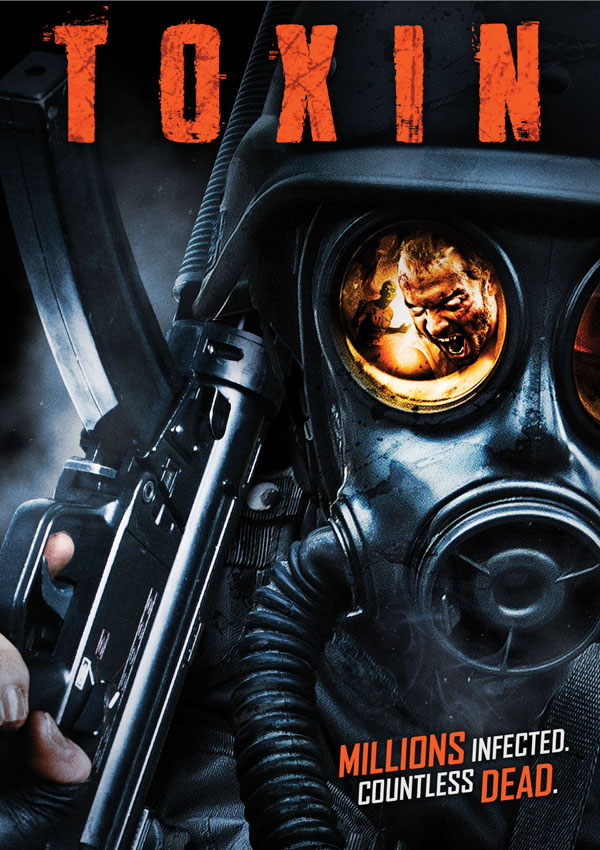