Train – A Girl, a Bottle, a Boat (Album Review) 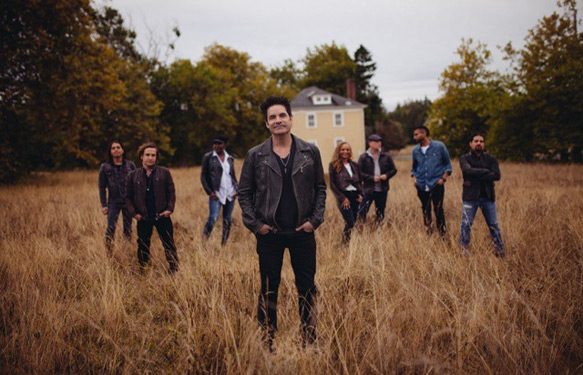 Pop can sometimes be a dirty word. In its infancy, it was a softer alternative to Rock music, but when we look at Pop music today, it incorporates elements that span various genres. Pop-Rock band Train appear to be trying to follow the same multi-genre-Pop sound with their eighth studio album, A Girl, A Bottle, A Boat, via Columbia Records.

Though the band began their more than twenty-year career as roots rockers, their sound took a shift in 2009 when they made a comeback with the hit, “Hey Soul Sister,” and it seems Train has leaned more and more heavily in the direction of catchy Pop tunes with seemingly clever, but often head-scratching, lyrics rather than the earnest depictions of love and loss on tracks of the past like “Drops of Jupiter (Tell Me).”

Whichever Train one prefers, the band accomplishes what it has set out to do on A Girl, A Bottle, A Boat, and that is to make a fun Pop album, even if it does not always seem like the right fit. It may not provide a deep emotional impact, but this time around, the band appears to be focusing on eliciting just one emotion from its audience, happiness.

The opening track, “Drink Up,” is an upbeat, peppy anthem for embracing the moment. Even though summer is still a few months away, the track feels like it would fit nicely at outdoor gatherings with its catchy, sing-along quality. It is difficult not to draw similarities to Train’s previous tour mates, Maroon 5, when listening to the melody of the verses in “Drink Up,” but the less than original sound aside, the song is a lighthearted, danceable track.

Next up is the band’s debut single, “Play That Song,” which will immediately make many remember Tom Hanks and an oversized piano in the film, Big. Catchy does not begin to describe the song since the melody comes from the 1938 tune “Heart and Soul,” which many kids become familiar with when learning to play the piano. The tune seems like it could be polarizing for those who either love the “Heart and Soul” melody for its nostalgic quality, or others that have heard the tune so many times they would rather not hear it reimagined in a Pop song. Either way, many will probably find themselves singing it by the time the second chorus kicks in.

“The News” is a mid-tempo tale of insanity. The track tells a story of a man gone crazy over a woman with lyrics like, “Now I’m all covered in red from your lips/Tweaking from seeking the way to your hips/Schizo from your fingertips/Can’t seem to stop this twitch.” While the beat and melody of the song have a slightly sultry edge, the extreme lyrics fail to complement the groovier vibe of the track. The next song, “The Lottery,” exhibits that aspect of Pop where other genres peak through. The track has a dominant Latin flare with the use of an acoustic guitar and fiery percussion that will make listeners feel like they are about to do the Conga.

“Working Girl” feels like it could have been great, but it never really gets there because of the lyrical choices. The message of the song screams girl power, and it is a shame that the words are not more impactful. With lyrics like, “If you ain’t sweet like aspartame,” the song does not give off quite as much of a punch. The following track, “Silver Dollar,” does not improve the situation and the band sounds too much like they are trying too hard to fit into current Pop trends.

There is never anything wrong with a little Doo Wop. In “Valentine,” the band evokes the sound of the 1950s and it is extremely infectious. It is a sweet little love tune, and with Valentine’s Day around the corner, it is an opportune time to become familiar with the track. A Girl, A Bottle, A Boat feels like a mix of nostalgia and contemporary Pop, where it sometimes works and at other times does not. “What Good is Saturday” falls into the latter. The lyrics feel clunky and the melody a bit boring, and so, the song never really takes off.

“Loverman” gets it right by combining the past and present with a catchy and retro sounding hook sung by Priscilla Renea against the more modern vocals of Pat Monahan, while “Lost and Found” falls in line with Train’s mission to have fun with this album. It is a celebratory track with a bit of an ‘80s vibe, incorporating a horn section and percussion that gives off a Latin flare.  Train could have ended the album here and accomplished their dance party, let’s have fun tonight theme, but the final track, “You Better Believe,” gives us a moment of seriousness and sincerity. It is an inspirational ballad that speaks of believing in oneself and it ends the album on an unexpected note.

Train is a band that people either love or hate. Whether their latest album will satisfy existing fans is hard to say. Some may feel like the band is veering too far into Pop and losing their Rock roots, but the band has intentionally created this album to produce fun, happy music. Overall, they succeed, but at times it feels just a bit too artificially sweet. CrypticRock gives A Girl, A Bottle, A Boat 3.5 out of 5 stars. 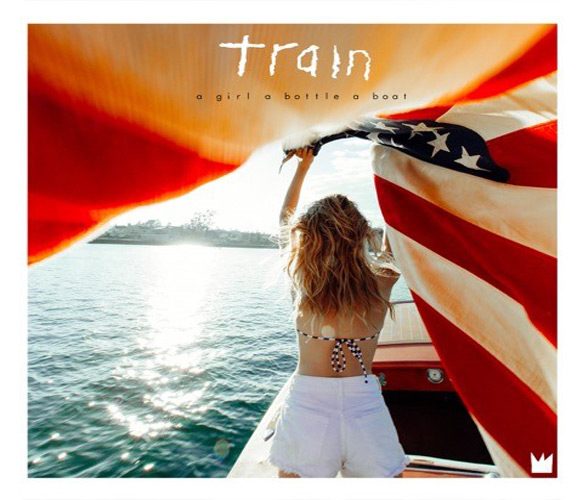