Since their introduction in 1984, the Transformers have been a vital part of many childhood memories for those who collected the toys and cherished the original cartoon series, religiously watching it every Saturday morning. Then, in 2007, the ’80s phenomena became a live-action film when Transformers hit the big screen, re-introducing the series to a new generation and allowing children of the ’80s a chance to turn back the clock. Since then, the successful modern film franchise has produced 4 more films with 2017’s Transformers: The Last Knight being the latest. Released back on June 21st via Paramount Pictures, Transformers: The Last Knight sees Michael Bay back for the fifth time in the director’s chair, but does it live up to expectations? 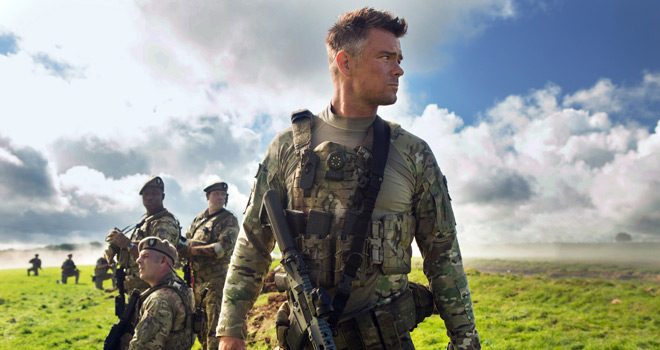 Josh Duhamel as Lennox in TRANSFORMERS: THE LAST KNIGHT, from Paramount Pictures

Before going any further, it must be said that producing a fifth movie of the franchise is quite impressive. It proves that this series has a lot to offer to audiences, and yes, has been a money making machine. That said, Transformers: The Last Knight has grossed a mass amount as of August, however, against having the highest budget of any of the films in the series, is on pace to be the lowest grossing of them all.

The film starts off in 484 AD where Merlin forms an alliance with the Knights of Lacon, a group of 12 transformers who have hidden on earth. The knight gives Merlin a staff which turns into a dragon and destroys a group of civilians called the Saxons. It then flashes forward to present day. This opening sequence will have significant meaning later on. 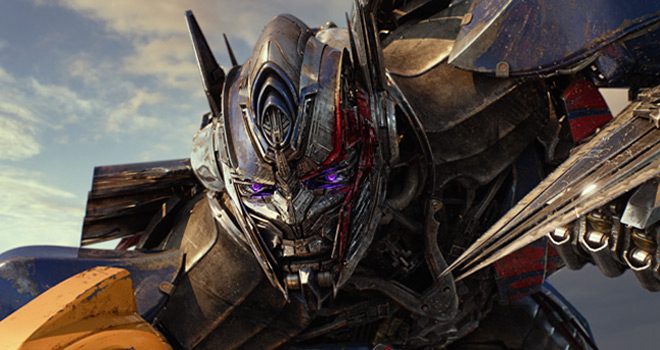 Optimus Prime in TRANSFORMERS: THE LAST KNIGHT, from Paramount Pictures.

The government has declared the Transformers as outlawed and the Transformer Reaction Force (TRF) has been formed to destroy them. Optimus Prime is still absent where in the previous film (Transformers: Age of Extinction) left to find its creators; new robots arrive specifically in Chicago where a group of children discover them. The TRF locates the kids and confronts them initially for the whereabouts of the robots before they are saved by Izabella Yeager, a survivor of the Battle of Chicago and her Transformer sidekicks Sqweeks and Canopy, but Canopy is killed in the process while on their escape route. They are met by Cade Yeager and Bumblebee to help them escape, however the transformer is unable to be saved as he was deeply wounded. He ends up giving Cade a metallic talisman, an act observed by Decepticon scout Barricade, who reports to his leader, Megatron.

Optimus, still searching, finds out that his world, Cybertron, is heading directly towards Earth under the influence of sorceress Quintessa who is the maker he has been searching for. The staff in which the knight gave to Merlin in the opening sequence was stolen by Quintessa and using her powers, puts Prime under control revealing his new name “Nemesis Prime.” She reveals that Earth is Cybertron’s arch enemy and plans to drain the life force from it to restore Cybertron.

Megatron, who recently was released from custody after TRF and former Autobot ally William Lennox strikes a deal has to recover the talisman from Cade, hunts Cade down and follows him to South Dakota, where many of the autobot survivors are hiding. After the Decepticons retreat, Yeager is approached by Cogman, a Transformer envoy of British aristocrat Sir Edmund Burton (Anthony Hopkins: Thor: Ragnarok 2017, Collide 2016), who takes him and Bumblebee to England to meet his master. 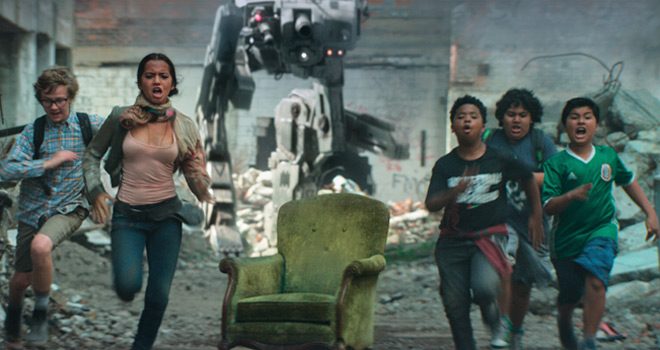 Burton arranges a meeting between Yeager and Viviane Wembly (Laura Haddock: Guardians of the Galaxy Vol. 2 2017), an Oxford professor who was just shortly been kidnapped by the Autobot Hot Rod, using his long-term disguise as her Citroën DS. Burton explains that he is a member of the “Witwiccan” order, an ancient brotherhood dedicated to guarding the secret history of Transformers on Earth, and that Viviane is the last descendant of Merlin. She must find and use his staff to prevent the impending destruction of Earth by Cybertron.

Fleeing from TRF, Yeager and Wembly follow multiple clues that lead them to a submarine HMS Alliance into the sea to find the Cybertronian Knights where they discover Merlin and the staff. Wembly activates the staff resulting in the ship resurfacing and the TRF tracks it and confronts the group, however several knights awaken and attack them. What will be the outcome and will humans and Transformers ever find harmony?

Transformers: The Last Knight is filled with jam-packed action, much like most of Bay’s films, however, it seriously lacks content. Complete with amazing visual effects and computer graphics, it just does not quite live up to the previous films in the franchise. With a sixth film in the works and a spinoff of Bumblebee, it is unclear what the future of the franchise is. For these reasons, CrypticRock gives Transformers: The Last Knight 3 out of 5 stars. 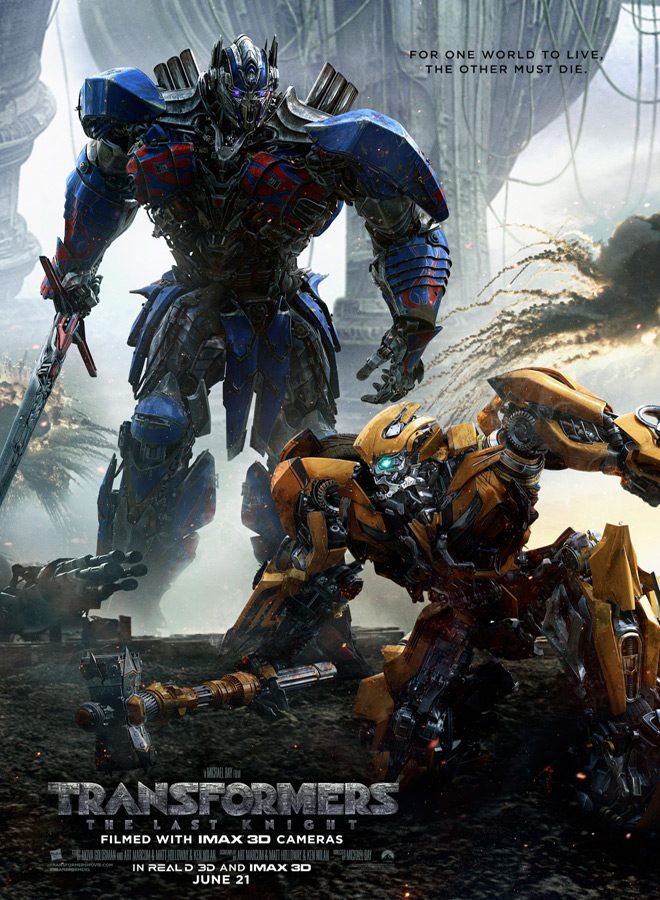