The Transformers: The Movie – More Than Meets The Eye 30 Years Later

Back in the ’80s, there were few cartoon series/toy lines more popular among young boys than He-Man and the Masters of the Universe and G.I. Joe: A Real American Hero. Both adored, in 1984, Hasbro launched their Transformers toyline via promotion of Comic Books and a television series. An instant hit among children, the Transformers television series would go on to air four seasons. Running from September 17, 1984 to November 11, 1987, in Transformers, the Autobots, head by Optimus Prime, were in an age-old war against the nefarious Decepticons, headed by Megatron, on Earth after they were uprooted from their home planet, Cybertron. Both robots that can change from anything mechanical, like an 18-wheeler or a gun, such Optimus and Megatron can, it was both inventive and fitting for the times of a technology boom. 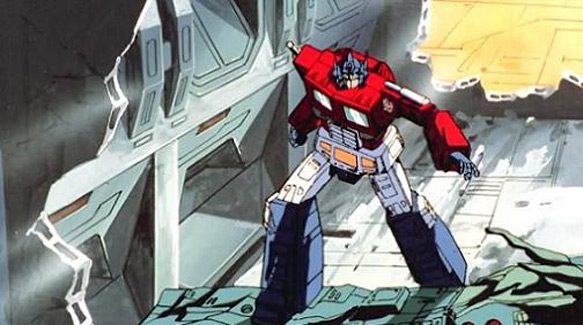 The Transformers: The Movie still 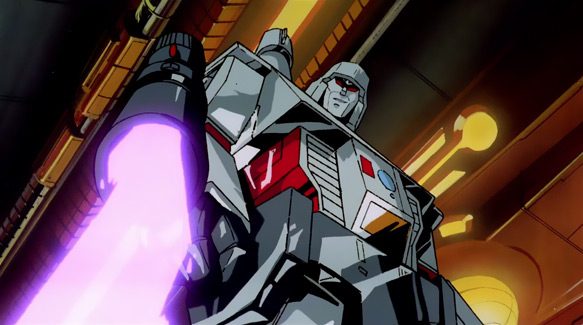 The Transformers: The Movie still

Shin wanted to expand his product, so the next logical step was to make Transformers into a feature film. Production ran for ten months from March 1985 to January the next year with an estimated $6 million budget. Furthermore, the script was ever changing and Hasbro, with their hands in the pot, said which transformers should die or live.

That said, it was a lot for children to take in with the death of key characters including Brawn, Prowl, Ratchet, Ironhide, Wheeljack, Windcharger, Skywarp, Thundercracker, Shrapnel, Kickback, Bombshell, Kranix, and most shocking of all, Optimus Prime and Megatron. An element that was too much for some children to take, some were completely taken aback and confused that the characters were killed, especially the main stars, Optimus Prime and Megatron.

Perhaps the most bold aspect of The Transformers: The Movie were all the casualties. While some felt it was too much, others felt it created a new atmosphere of the Transformers. It was dark, depressing, and the haunting at every turn, and a dramatic shift away from light and humorous aspects of the television series. Interestingly enough, when a Transformer died, they turned to gray, depicting their spark left the body; heavy stuff for little boys between the ages of 4 and 10 years old.

Furthering the drama, the Rock laden soundtrack, anchored by Stan Bush’s “The Touch,” make the scenes and sounds of The Transformers: The Movie unforgettable. A very mature song for a children’s movie, interestingly enough, it was originally written for the Sylvester Stallone’s 1986 R-rated Cobra. All these years later, the track still holds a place in the heart of fans, with many always relating The Transformers: The Movie with it.

Like most cartoons and Comics, The Transformers: The Movie swung for the fences, pushing boundaries with the animated deaths on US soil, something commonplace in Japanese anime since its inception in 1917. However, because of bold move to incorporate all the killing, the movie was only released 990 theaters, a fraction of what other films saw at the time. As a result, this hurt revenue with the movie bringing in approximately $5.8 million, just short of breaking even with its budget. 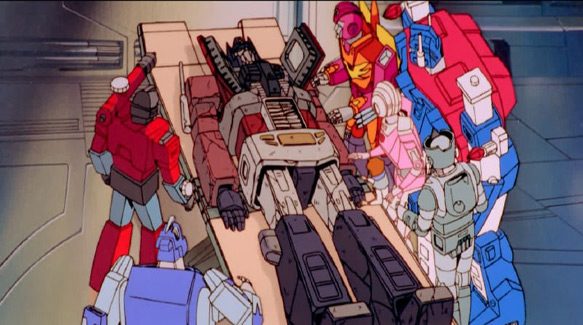 The Transformers: The Movie

Reviews were mixed and subsequent TV cartoons like G.I. Joe: A Real American Hero’s 1987 full-length, G.I. Joe: The Movie was relegated to straight-to-video release. Interestingly enough the character of Duke in G.I. Joe was suppose to be killed off in the film, but the backlash from all the snuffing out of characters in The Transformers: The Movie caused the writers to reconsider the script and slips into a coma instead.

Nowadays, Transformers has been modernized and made their way back to the mainstream in 2007 with the first ever live-action Transformers film by the same name. A blockbuster film franchise directed by Michael Bay, there have been three more Transformers films, with Transformers: The Last Knight slated for release in May of 2017. A testament to the power of Transformers the series, in the eyes of children from the ’80s, the new films are so far removed from what they grew up loving, to many, they are just an afterthought. 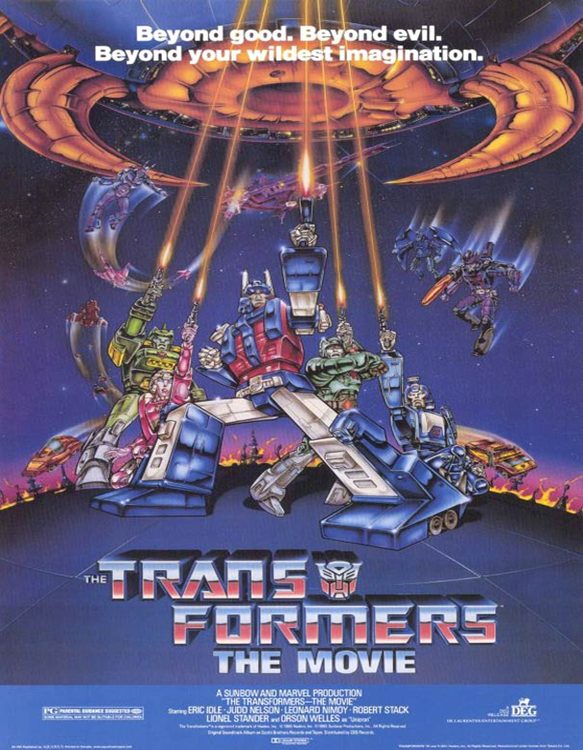