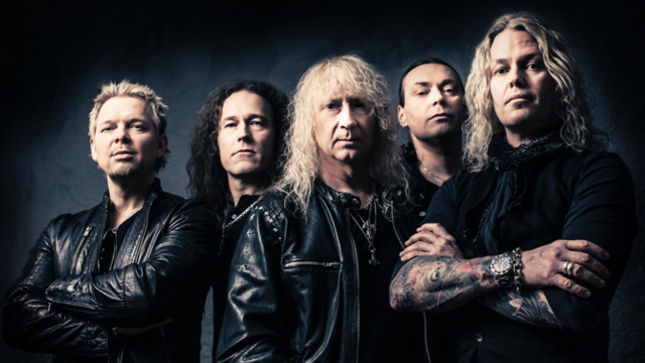 Sweden’s Treat has a history that runs over three decades deep. Debuting in 1985 with Scratch and Bite, while forming a few years prior, Treat would quickly begin to make a name for themselves. Receiving critical acclaim with their 1986 album The Pleasure Principle, Treat would go on to release Dreamhunter in 1987, and joined the Monsters of Rock Tour 1988 headlined by Van Halen. While the band sustained breakups and lineup changes through the years, they still stand tall through it all in the modern Hard Rock/Metal world. Releasing the comeback album Coup de Grace in 2010, Treat struck up deserved attention from fans, thus giving them new life.

Now in 2016, with the lineup of Robert Ernlund (vocals), Anders Wikström (guitar/backing vocals), Pontus Egberg (bass), Patrick Appelgren (keyboards/guitars/background vocals), and Jamie Borger (drums), they return with a new album, entitled Ghosts of Graceland. Released by Frontier Music on April 15th, Ghost of Graceland is a depiction of where the band has traveled; a long road to today.

It is all about being true to one’s roots and trusting what is in their heart; all that and guts. With that said, Treat go full circle with Ghost of Graceland. Wikström states, “This is where we are today as a band, as musicians, songwriters, and individuals. It’s a statement. This is 2016.” Reminding listeners that this is new music from a band hitting middle age in stride, no longer the young wild rockers from Sweden that they once were, to achieve that organic, pure, bold, somewhat cocky, contemporary sound with melodies and choruses to die for, the band took a step back.

Fittingly opening with ”Ghost of Graceland,” the track is Wikström’s take on the world: both his own and the band’s personal journeys, and perspective on modern life in general. In addition, the title song is a metaphor… paradise or prison? It is up to the audience to decide. Then there is ”I Don’t Miss the Misery,” which tells the story about a man on the brink of madness, going through hell to finally see the light; the perspective change in a crisis and they find new kicks in life. On ”Do Your Own Stunts,” which is musically in the same vein as the classic 1985 track ”Get You On The Run,” Wikström writes about a father trying to teach his kids how to live their lives to the fullest. This is in contrast to later album track ”Together Alone,” which is a heartbreaking and powerful ballad that sees Wikström singing lead vocals for the first time.

Adding diversity to the mix of songs, it would not be a Treat album without a kick ass, Friday-night-let’s party-and-get-too-wild song, and that comes with ”Too Late To Die Young.” A tongue-in-cheek classic rocker, with some clever name checking, it also hits on the truth for these aging rockers since they are still standing, and most importantly still rocking. The standout tracks here really get to the heart of who the band was and how they have weathered the Rock-n-Roll storm of success. Among them are “Together Alone,” which is a beautiful stripped down ballad accompanied only with piano and orchestra along with throwback melodic mastery of “Alien Earthling.” Sadly, it takes a third of the way into Ghosts of Graceland for the music to truly hit its stride. To stay relevant after thirty years of making music is no small feat. Evolution is key, and Treat has grown up along with their fans.

Sticking to their Hard Rock roots, soaring vocals are still a trademark of Ghost of Graceland’s songs that have matured lyrically, emotionally, and thematically. This keeps things real since the band members are fathers and husbands, not just cool Swedish rockers. Moving comfortably into elder statesman of melodic Metal, “Get out alive, sing the same song…” throws down the fact that the band is being true to who they were, and are. As Rock heroes continue to grow up, it is refreshing to hear bands like Treat is still standing tall. With that in mind, CrypticRock gives Ghosts of Graceland 4 out of 5 stars. 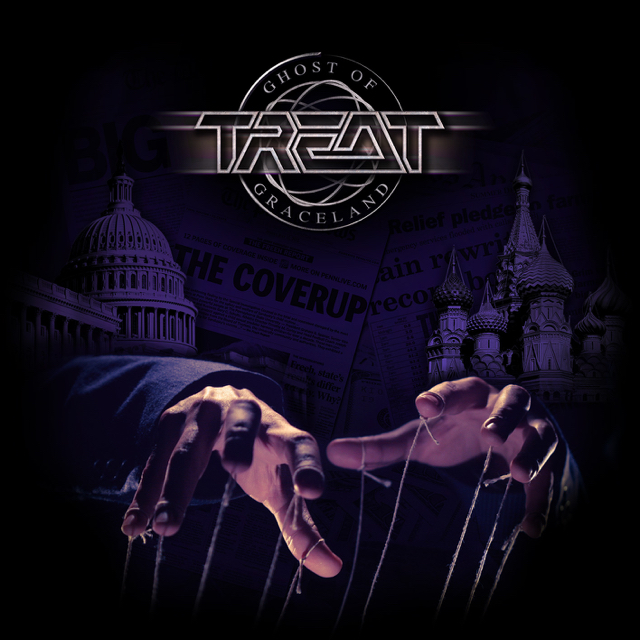