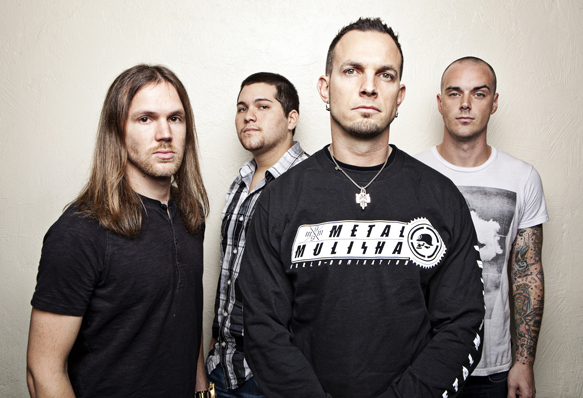 For over two decades, the Grammy Award winning, multi-platinum selling Mark Tremonti has not stopped for a second to come up for air. Growing up in the Midwest portion of the USA, Tremonti became a fan of Heavy Metal and Hard Rock, thus by the age of eleven, was already learning to play guitar. Going on to lead Hard Rock, hit-making juggernaut Creed, Tremonti continued success thereafter with Alter Bridge. Two bands which show diversity of Tremonti as a guitarist and songwriter, the chance for shredding never really was something that fit in with either band through the years. Then, in 2012, Tremonti decided to let his Heavy Metal roots shine when he created the solo debut album All I Was. The album received critical acclaim and Tremonti found himself back in his Orlando, FL based studio ready to record his next solo album in 2014. This time he brought in former Submersed drummer, Garrett Whitlock, Bassist Wolfgang Van Halen (Van Halen), and Guitarist Eric “Erock” Friedman (Submersed, Projected), making the solo project of Tremonti an official band.

Inspired by the new venture, Tremonti would write over twenty-five songs over the course of multiple writing sessions. He states, “I decided I take my entire catalog of material, get everything out, and purge it…Now we took the time to tear the songs apart and put them back together again so they could become dynamic as possible.” With that said, rising from the recording process came two albums, the first being 2015’s Cauterize, released via Tremonti’s Fret12 Records produced by Michael “Elvis” Baskette (Alter Bridge/Slash). The second would be Tremonti’s newest album, Dust, released on April 29, 2016. Now with both albums available to the public, Tremonti makes the ultimate Heavy Metal statement.

Produced by Michael “Elvis” Baskette (Alter Bridge, Slash), Dust stands on its own away from the last two Tremonti albums, vocally, lyrically, and musically. It continues where Cauterize left off, but do not look at Dust as a sequel, the album will do the talking for itself. It all starts with an in-your-face Speed Metal, Old School Metallica feel on “My Last Mistake.” With roaring drums, bass, and guitars, the song will have fans’ heads banging immediately before true amazing shredding guitar solo. Next, “The Cage” starts off with a drum solo by Whitlock and follows with guitars, bass, and vocals mixing a Speed Metal and Hard Rock vibe back and forth throughout the song. Tremonti provides a strong and diverse musical performance along with some impressive soloing as fans will find themselves drawn to the catchy chorus.

Moving right along, thundering guitars, a double bass, and drums start off “Once Dead” before Tremonti joins in on vocals. A Heavy Metal based track, Tremonti provides some amazing wailing guitar solos that complete and enhance the overall vibe. Next is title track off the album, “Dust,” which provides a beautiful solo acoustic guitar intro with Tremonti singing passionately. The song continues with strong steady drums by Whitlock and bass by Van Halen as electric guitars are added to make it a Hard Rock Ballad. Like the tracks prior, Tremonti provides a powerful solo while Friedman plays rhythm guitar layering the sound. That aside, what makes this song truly magic is the powerful vocal performance by Tremonti along with bandmates backing vocals. Keeping the energy level high, “Betray Me” provides more Heavy Metal sounds with Tremonti’s voice that is fierce and upfront. The song based on “the purity of trust and ugliness of betrayal” will have fans throwing their fists in the air when Tremonti, once again, breaks out into a shredding guitar solo.

As “Tore My Heart Out” begins, the song combines a Rock ballad and Hard Rock feel dueling back and forth throughout the song. This is mostly due in part to Tremonti’s even singing with the layering of both guitars and soloing throughout the track. Next, “Catching Fire” starts off with Tremonti’s singing extremely aggressive as the song builds. Adding to the intensity, Van Halen and Whitlock percussion section is tight, while Tremonti and Friedman help the song build and grow heavier.

Taking on the vibe of The Who’s “Who are You?,” “Never Wrong” offers a catchy chorus and Hard Rock song that fans will find themselves drawn into, especially on the next song, “Rising Storm.” On the latter, Tremonti provides some of his most vivid singing of the record as his guitar work will have listeners completely in awe. This is before Dust concludes with “Unable to See,” which enters with a beautiful and melodic electric guitar solo before Tremonti begins singing and the solo eases into steady strumming. The bass and drums add to the depth of the Hard Rock ballad as the chorus complements for a heaviness. Breathtaking, the song ends as it began with a soft soloing guitar, and, just like that, Dust dissipates.

Mark Tremonti has proven his love and passion for creating music over the past two plus decades. Many believed that Dust would end up a B-side album because of its close release to Cauterize, but in reality, it stands strong on its own. If one thing is for certain, Tremonti has not sounded better vocally or musically. Thus far, Tremonti has built a name as one of today’s top guitarists with providing his vocals usually as back up. However, Dust proves that, vocally, Tremonti has truly pushed and proved himself as a unique and strong lead singer. The album may just be Tremonti’s best album to date, providing the heaviest musical and lyrical content, not to mention delivery. CrypticRock gives Dust 4.5 out of 5 stars. 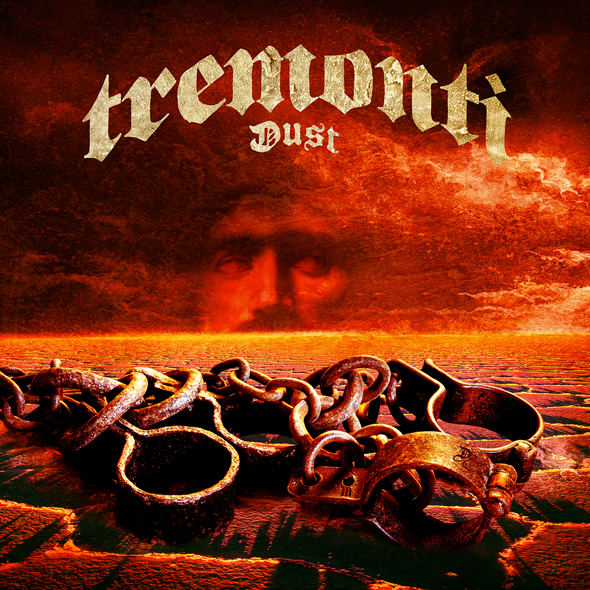