The Tremors franchise began in 1990 with the movie Tremors, which featured Kevin Bacon (Footloose 1984, Hollow Man 2000), Michael Gross (Family Ties 1982-1989, Sometimes They Come Back… Again 1996), and Reba McEntire (Reba 2001-2007, One Night at McCool’s 2001). Until recent, there have been two sequels (Tremors 2: Aftershocks 1996, Tremors 3: Back to Perfection 2001) and a prequel (Tremors 4: The Legend Begins 2004) that has explored the evolution of the giant sandworms referred to as Graboids. Directed by Don Michael Paul and produced by Ogden Gavansk, Tremors 5: Bloodlines continues the story from 2001’s Tremors 3: Back to Perfection. The film was released for Blu-Ray, DVD, and Digital on October 6, 2015 via Universal Studios Home Entertainment. 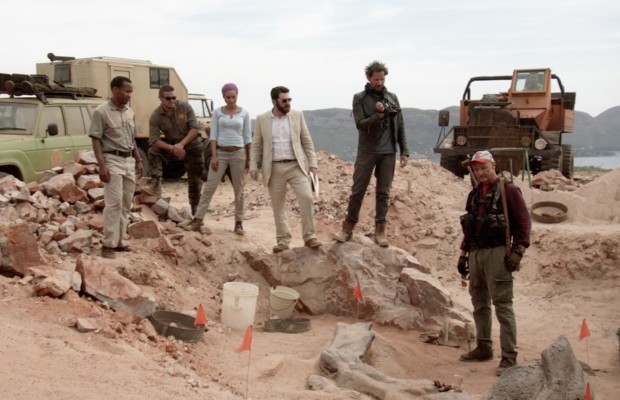 Monster hunter and gun enthusiast Burt Gummer (Michael Gross) produces and stars in a web series based on surviving the outdoors. After his cameraman abruptly quits, Burt reluctantly hires filmmaker and tech guru Travis Welker (Jamie Kennedy: Scream 1996, Son of the Mask 2005) to replace him. Very soon after, a man named Erich Van Wyck (Daniel Janks: The Salvation 2014, Ali 2001), claiming to be a representative of the South African Wildlife Ministry, approaches Gummer regarding a monster problem in South Africa. Gummer is in shock since he believed the Graboids had been contained in North America. In fact, keeping them from spreading is part of his claim to fame. He and Travis head to Africa and discover a mutated species unlike anything Gummer has dealt with before. Not only is it larger, but the behaviors are completely different than he has come to expect. They aptly name the Graboid “Queen Bitch” due to its massive size. It does not help that the African government confiscated the majority of Gummer’s weaponry as he entered the country. As the Queen begins to target a village relentlessly for unknown reasons, Gummer and Travis must find a way to defend the residents without all of the firepower Gummer typically has in possession. 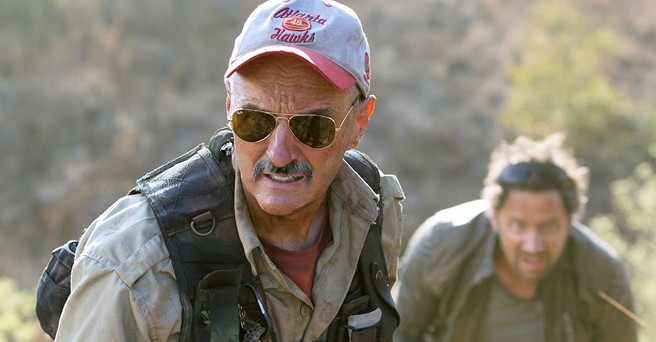 After twenty-five years and five movies, Michael Gross is the only actor to star in each film within the franchise. He has helped mold the series into what it is today and is a fan-favorite. Jamie Kennedy brings his usual sarcastic and silly humor, which pairs well with Gross’ more conservative character. It can be difficult for a franchise to stay fresh after so long, though furthering the evolution of the creatures has worked well. Filmmakers have adapted the mythology into what was needed for the current film, while subsequent filmmakers carry on the legacy.

In the first film, only the Graboid is introduced which is the first stage of their life cycle. It is an underground dwelling species of sandworms that hunt by seismic vibrations. They have long tentacles that eject from their mouth that help them catch prey. The second stage is a prehistoric-looking bird referred to as Shriekers, first shown in 1996’s Tremors 2: Aftershocks. After gestating within a Graboid, a Shrieker will tear its way out and kills the host in the process. The third and final stage, a Shrieker will molt its outer layers and transform into a Lightning Bird (“Ass-Blaster”), which was first shown in 2001’s Tremors 3: Back to Perfection. A Graboid egg has been found within the Lightening Bird, thus completing the life cycle. 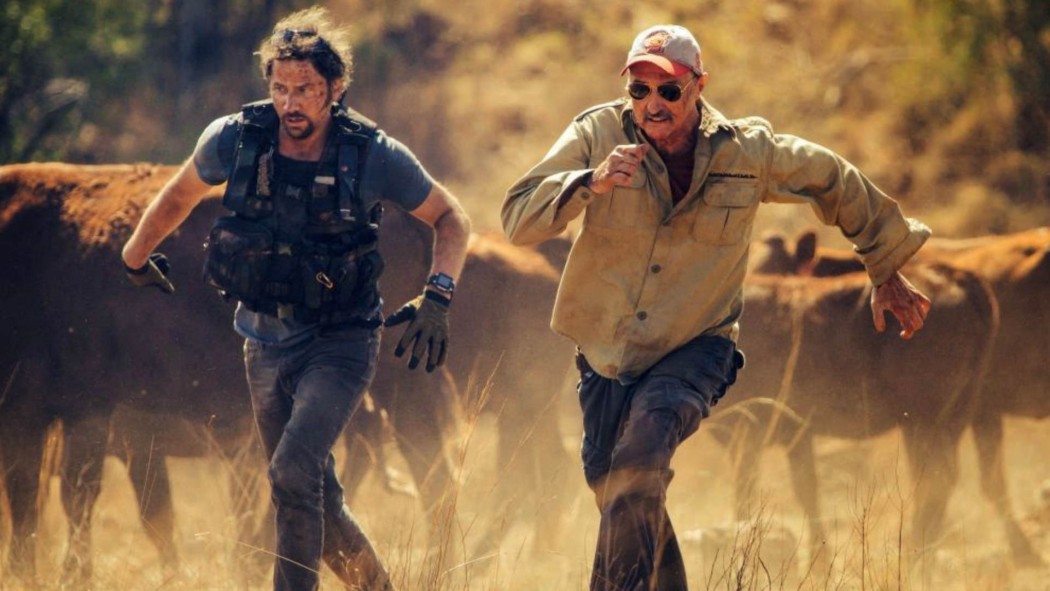 There is an element missing in this sequel that helped make the first Tremors charming, which was all practical effects. The creatures in Bloodlines are a mix of practical as well as computer generated effects and, although they look good, CGI rarely competes with 100% practical effects in monster movies. With that said, it is understood effect budgets are not what they once were for films. Still, the quality acting, plot and humor made this sequel yet another fun and satisfying ride in the series. Marking the first Tremors film in over a decade, fans can rejoice the series is back. CrypticRock gives Tremors 5: Bloodlines 3.5 out of 5 stars. 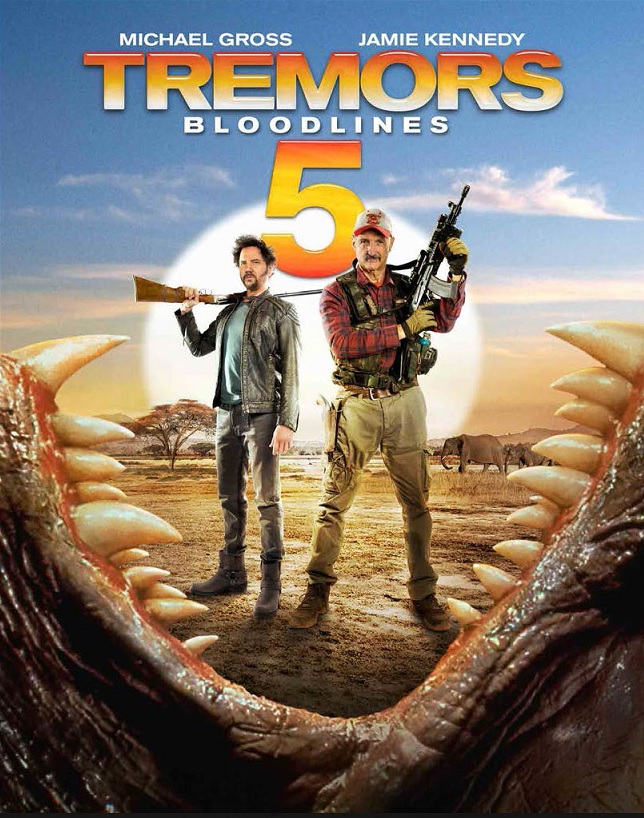