Since premiering at Screamfest Horror Film Festival on October 11, 2017 out in Los Angeles, CA the new film Trench 11 is building quite a buzz. Winning awards at this year’s Toronto After Dark Film Festival, Director/Co-Writer Leo Scherman (Cock’d Gunns series, Fool’s Gold series) along with Writer Matt Booi (Destination Fear series) offer a Horror Thriller during World War I. Trench 11 will also be making its Western Canada premiere at Whistler Film Festival with screenings on both December 2nd and 3rd. So, what sets this film apart from other Horror flicks in the genre? 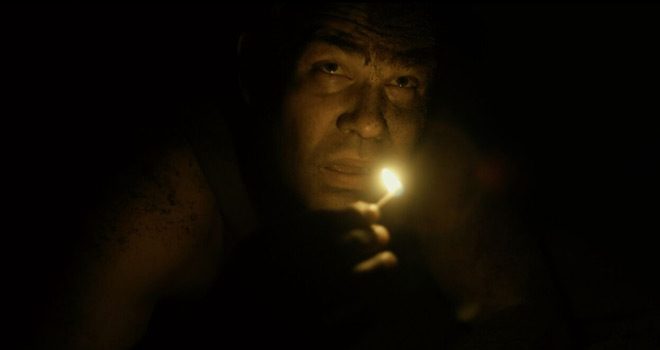 Well, it all starts with the cast, which includes Adam Hurtig (Curse of Chucky 2013, Cult of Chucky 2017), Karine Vanasse (Midnight in Paris 2011, X Men: Days of Future Past 2014), Rossif Sutherland (River 2015, Hyena Road 2015), and Charlie Carrick (Molly Maxwell 2013, The Devout 2015). With an array of young talent, Trench 11 grabs the attention, especially for those who are interested in War Dramas with a twist of Horror. Most of the time, when thinking about amazing and awesome Wartime Dramas and biopics, we think of crazy budgets and epic sets. That in mind, Trench 11 is a little different when it comes to those elements, although that does not mean it is not a great viewing experience.

Set in Northern France in 1918, Trench 11 follows a small group of soldiers investigating a secret German base. With little knowledge of what is being done in these elaborate tunnel systems, they decide to go further into the underground maze. Little do they know what lies beneath the surface, and soon they stand face to face with the newest German weapon.

Visually, Trench 11 starts of a little dark, after all, it is about a “tunneler” – men that were sent in to dig underneath the ground of enemy territory and explode their trenches from below. That in mind, there are going to be moments it is hard to see anything at all. A realistic effect, the audience does get the feel of what this “tunneler” has to do for his war effort. 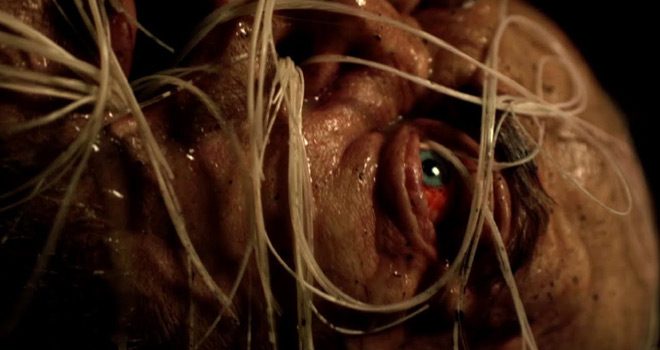 Abraham Berton (Sutherland) is the tunneler who will lead Captain Jennings (Ted Atherton: Hollywoodland 2006, Max Payne 2008) and Dr. Priest (Carrick) and their small troop in hopes to gain the weapons laboratory. With the orders given, they move out to the trench, at first finding nothing but a bloody pile of bodies. After examining the empty trench with nothing to show for it, they decide to move underground, sending Abraham in first.

Here there is nothing out of the ordinary at first, just darkness. However, the only thing that does seem to be a bit odd is the lone bird in a cage right at the entrance to the subterranean lab. After all the men have entered the lab, they decide to split up, reluctantly due to the captain’s orders. Knowing that this of course is not the best idea, they split up anyway, but with any film, you never split up, ever! With every minute in the trench that the tunneler spends, he soon starts to realize that this dark and unsettling place is not as abandoned as everyone thought and the survivors might not be exactly human. 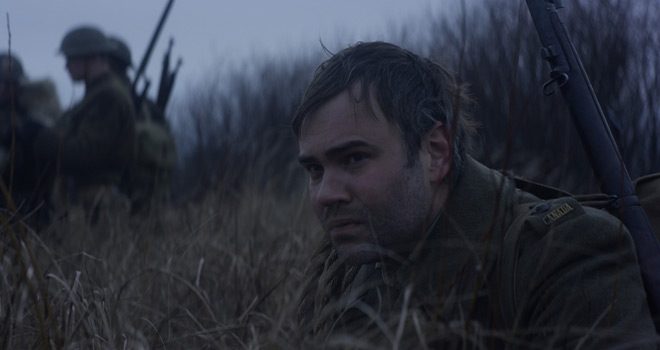 Full of darkness and a claustrophobic setting, Trench 11 is not for the weak at heart. A compelling film, the only drawback that could drive some less than patient viewers away is the subtitles, which there are not a lot of, but we are talking about 2017 where most people’s attention span is that of a goldfish. Beyond that, the film delivers, and the evening is better than expected.

All in all, Trench 11 is a great movie and lives up to all the accolades. If you do not mind getting grossed out and want to watch a historically laid out Horror Drama, it is well worth watching. Again, it is not a huge budget war epic with A-list actors, but it has energy and creativity. For these reasons, CrypticRock gives Trench 11 4 out of 5 stars. 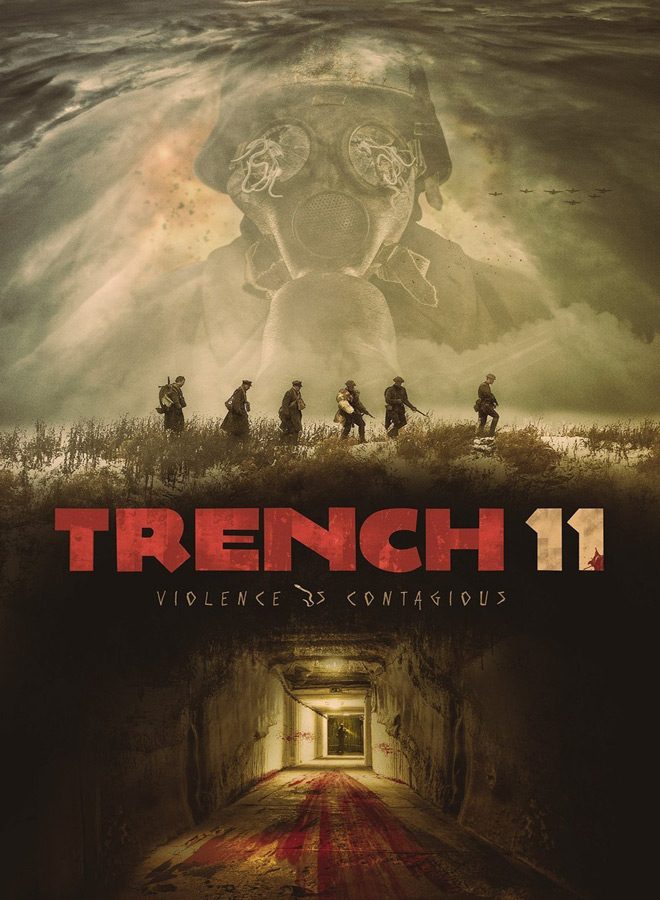