Tribulation – Down Below (Album Review) 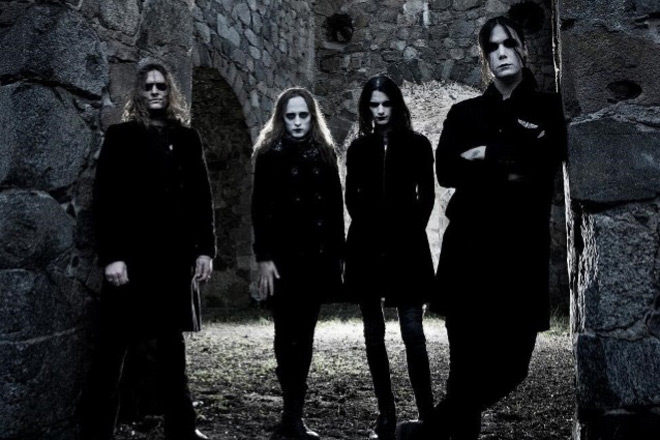 Imagine looking down a dimly lit grand spiral staircase with white marble steps and a black, Gothic inspired railing leading to a black marble dance floor filled with magic, mayhem, and the undead. That is just the beginning of the kinds of dark fantasy Swedish Gothic Death Metal band Tribulation is capable of projecting into the mind of their listener. Notorious for their exciting live performances, complete with classy black attire and unique Gothic face paint, Tribulation is set to release their latest album, Down Below, via Century Media on Friday, January 26th, 2018. Their fourth overall studio record, in a nutshell, it is just what Dr. Jekyll ordered to bring into fruition the ferocious, yet darkly charming, Mr. Hyde.

With almost their entire original cast since their inception in 2005, Tribulation features Adam Zaars and Jonathan Hultén on very inspiring, clean guitars, Johannes Andersson on handsomely gruesome harsh vocals as well as bass, and newest addition Oscar Leander on the meandering drums. Offering 9 new tracks, album opener “The Lament” begins as a somber, Gothic melody that slowly crescendos into a faster, Death enhanced melody with harsh, yet clear, vocals. This really set the mood and instantly grasps those fans who dare dive into the depth found in the far, spider-webbed corners the band is willing to explore.

Sailing the dark seas, next comes “Nightbound,” teleporting the listener into that comfortable, unmistakable Death Metal inspired sound. It is craftily interwoven with some great classic Heavy Metal guitar riffs and an underlying Gothic method. That being said, Down Below, as a whole, explores a heavier side that takes fans back to the roots of Tribulation. It also encompasses a whole lot more with its unusual interworking that places you in the midst of a very satisfying Horror film filled with creepy hallways and gruesome plot twists that all come out of a classy environment gone array. Perfect examples of such are “Lady Death” and “Subterranea,” exploring the aforementioned elements with ease and a sense of unsettling mystery.

In the center of it all comes “Purgatorio,” an absolutely stunning interlude. Reminiscent of that moment in the Horror movie where the villain has taken every last soul and the eloquent victory has embraced the aftermath with shadowy comforting arms. This is while they plummet their victims, one by one, straight into the darkest depths of purgatory. Then it is off to the Death Metal races with a very solidly structured “Cries From The Underworld” followed by “Lacrimosa,” which are definitely favorites out of nine solidly inspired tracks. Of course it does not end there, the final two tracks are also worth a mention! There is “The World” and the ending tune “Here Be Dragons,” which will leave any Death Metal lover in a happy place, yet still wanting more.

Down Below actually is formatted flawlessly. It is a perfect length and amount of tunes with no overkill or un-editing. As a whole, it is a masterpiece from start to finish that can compete with any top-ranking Cradle Of Filth album or the like yet. Despite its complexities, it sounds completely effortless with a flow that is masterful. Some may view it as a concept album taking place in an undead underworld, or it can be appreciated as individual songs, mixed and matched. The future of Tribulation has never been brighter and the irony of that statement shows that the band is capable of anything they put their heart’s desire into. A highly recommended, unique, breakthrough album, CrypticRock gives Down Below 5 out of 5 stars. 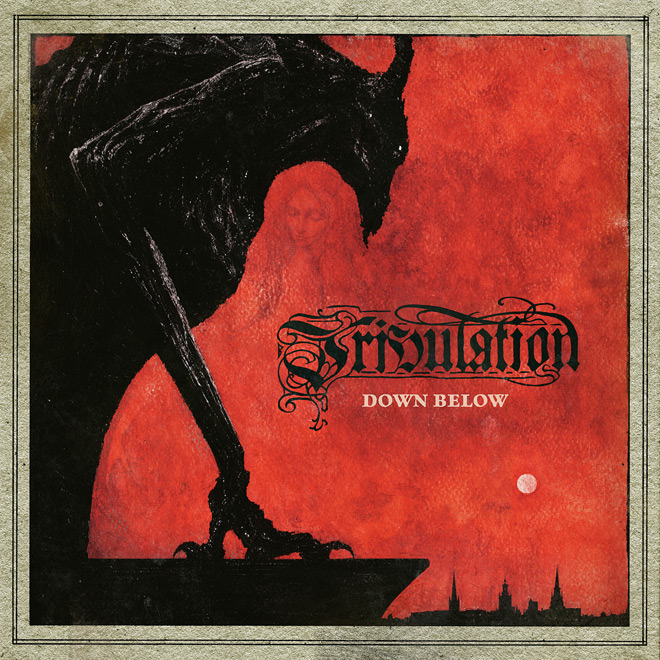