On March 4, 1975, cult classic Horror film Trilogy of Terror first premiered as an ABC Movie of the Week Special. Still reigning in terror after four decades, it was written by the late Richard Matheson (Stir of Echoes 1999, I Am Legend 2007) and became a timeless classic almost instantly, with its grave situations putting this film on the Horror map. As a terrifying anthology, the film was direct by Dan Curtis (Dark Shadows series, Bram Stoker’s Dracula 1973), produced by Robert Singer (Cujo 1983, Supernatural series), and starred the enchanting Karen Black (Easy Rider 1969, House of 1000 Corpses 2003), John Karlen (Dark Shadows series, Cagney & Lacey series), George Gaines (Punky Brewster series, Police Academy 1984) and Gregory Harrison (Trapper John, M.D. series, Cadillac Girls 1993). Curtis, a master of the macabre, also brought in his music composer from Dark Shadows, Bob Cobert, to work with him, and utilized Richard Albain (I Dream of Jeannie 1965-1970, A Nightmare on Elm Street 2: Freddy’s Revenge 1985) for special effects. 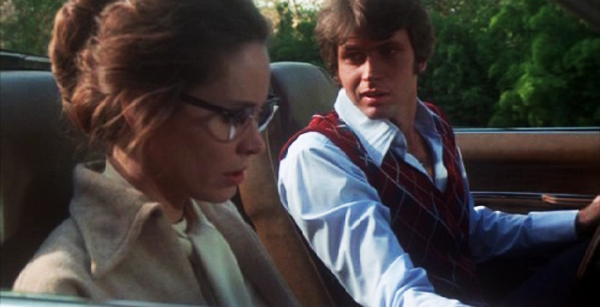 Trilogy of Terror consists of three stories of absolutely unnerving terror. Aforementioned Black stars in all three segments, taking on four very different roles. The first segment, titled “Julie,” tells the story of two college students, Chad (Robert Burton) and Eddie (Jim Storm), who become infatuated with their English teacher, Julie (Black). One day, Chad finally gets up the nerve to ask the attractive teacher out. Refusing at first, she finally decides to accept the invitation. While they go on their date to the drive-in, Chad gets the idea to spike Julie’s drink. She passes out, making it possible for Chad to have his way with her. After Chad brings her to a motel, he takes obscene photos of her as an attempt at blackmail. When Julie comes to, Chad makes an excuse that she must of fallen asleep. Little does he know that his plan will backfire in only a way Trilogy of Terror can deliver. Chad will learn his lesson in the harshest way possible, and that maybe the quiet English teacher was not as innocent as she looked. 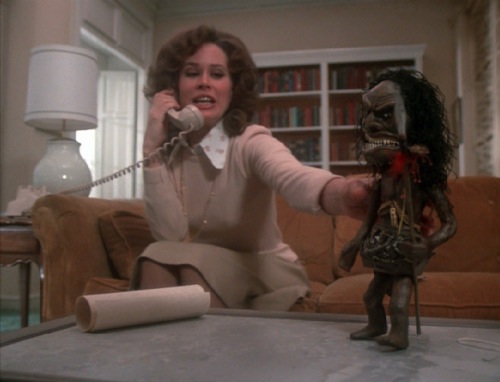 The second segment, titled “A Tale of Two Sisters,” has Black as playing the roles of both sisters, Therese and Millicent. The women hate each other and are hell bent on destroying each other. Millicent plants a voodoo device that, in turn, kill Therese. As the friendly Dr. Ramsey (Gaynes) finds Therese dead, he reveals that Millicent is actually dealing with split personality disorder. The story twists and turns into a climactic ending that is as surprising as it is shocking. The third and final segment, titled “Amelia,” is the story that has brought this film so much recognition. Amelia (Black) has bought her boyfriend the perfect gift, a Zuni doll from Africa. The creepy, diabolical doll comes to life and wreaks havoc in Amelia’s apartment, stopping at nothing to destroy her. The hair-raising ending is one that has etched its way into the minds of Horror enthusiasts everywhere, leaving viewers extremely disturbed and unsettled. 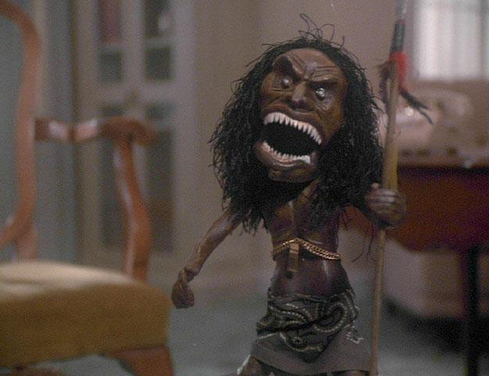 Overall, Trilogy of Terror is a Horror film that was way ahead of its time. It has been called “disturbing, terrifying, and cult” from critics around the world. Jon Niccum of Lawrence Journal-World even wrote, “The third segment in this trilogy is arguably the scariest piece ever crafted under the made-for-TV label.”  What made the film so special was the way Black portrayed such very different characters and still kept her characters quite believable. The twists and turns at the end of each segment has inspired Horror films for decades and perhaps helped lay the groundwork for Horror in modern television. In 1975, anthology films were not usually very successful. Trilogy of Terror proved them all wrong with the sheer madness that emerged from it like the ooze from a wound. Although the movie was a success, Black regretted taking the morbid roles that she played, blaming them for her lack in obtaining future roles of any depth. Regardless of what she may have thought, she was at her ultimate best with her portrayals of these complex characters. The Zuni doll itself that was featured in the third segment has become a Horror icon all on its own. In fact, viewers cannot think about killer dolls without recalling the image of the frightening, sharp toothed, knife wielding African figure. There was a sequel spawned in 1996, titled Trilogy of Terror 2, that tried to follow the same concept as the original, having a lead female play different roles throughout each of the stories, but nothing will top such a Horror classic. Trilogy of Terror is a macabre gem to behold on its fortieth anniversary. 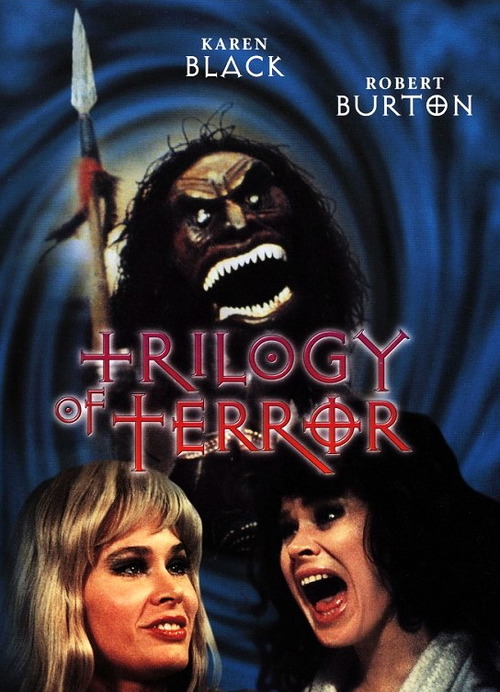