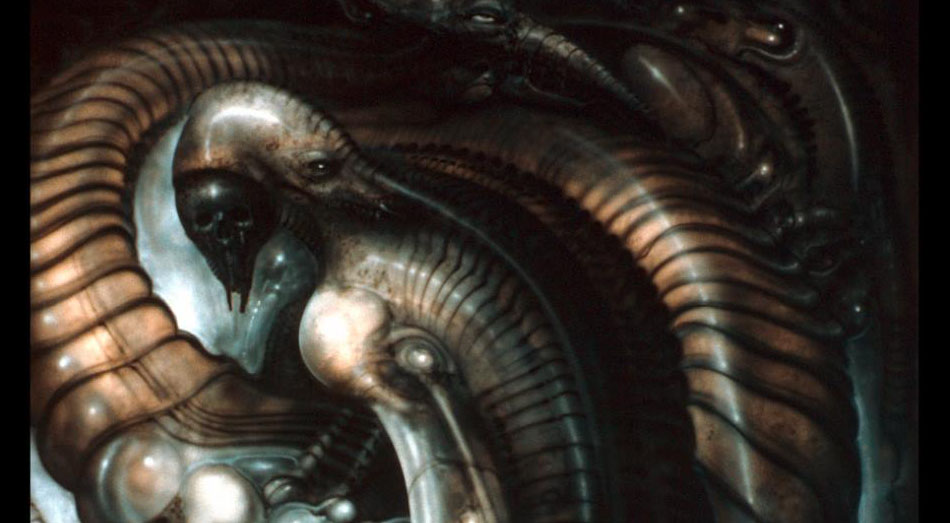 Like its predecessor Eparistera Daimones, the album was produced by Triptykon’s singer/guitarist Tom Gabriel Warrior and guitarist V. Santura and recorded and mixed at V. Santura’s own Woodshed Studio in southern Germany as well as at Triptykon’s rehearsal facilities in Zurich, Switzerland, in 2013 and 2014. Those who have already heard Melana Chasmata have described it as “atmospheric, dark, diabolical, and dramatic”, “diverse, epic, and doomy, but on an entirely different level”, “a fierce boulder of abhorrence”, or “very heavy and yet very aesthetic at the same time”.

Melana Chasmata will feature the following nine songs, at a playing time of around 67 minutes:

Further new Triptykon music has been recorded, to be released as an EP or mini album later in 2014 or early in 2015.

Among other formats, the album will be released as a 32-page Mediabook (with lyrics and liner notes to every song, and with a special fold out poster), as a gatefold vinyl double album (with posters and large-format booklet), and for digital download. Additionally, Century Media is scheduled to issue a special box set, limited to 2000 copies. The box set will include the album, a Triptykon silver pendant, a poster, postcards, a Triptykon tote bag, and a cap.

To commemorate the unveiling of Melana Chasmata, Century Media will release a collector’s gatefold 7″ vinyl single, featuring the songs Breathing and Boleskine House. The single will be available on March 17, 2014, and be limited to a pressing 1000 (of which 200 will be in red vinyl). Breathing and Boleskine House will also be available as a digital single (including the option for a digital booklet), and they will be streamed on YouTube and Soundcloud.

Melana Chasmata will be further distinguished by featuring, for the second time for Triptykon, the extraordinary art of legendary Swiss surrealist HR Giger. Following Eparistera Daimones, the group began to make arrangements for an entirely different cover for the second album. Completely unexpectedly, HR Giger approached Tom Gabriel Warrior in October of 2011 to express his appreciation of how Triptykon had used his art on the first album and to propose a continuation of the artistic collaboration. This development thus marks the first time any musical artist has worked with HR Giger on three albums (Celtic Frost’s To Mega Therion, and Triptykon’s Eparistera Daimones and Melana Chasmata), and it commemorates a collaboration that has now lasted for 30 years.

After a lengthy hiatus, Triptykon will return to the stage this year to promote Melana Chasmata. Among the concerts so far scheduled are appearances at the celebrated Roadburn Festival, at Rock Hard Festival, and, pending the issuance of the proper visas by US authorities, Triptykon’s return to the United States for an exclusive appearance at Maryland Death Fest. 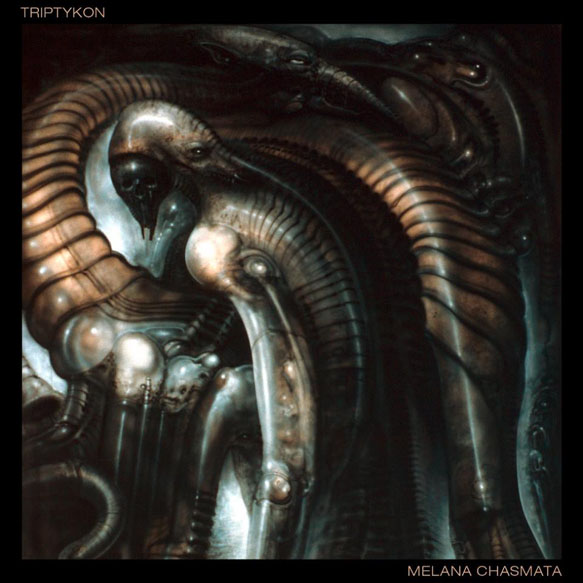