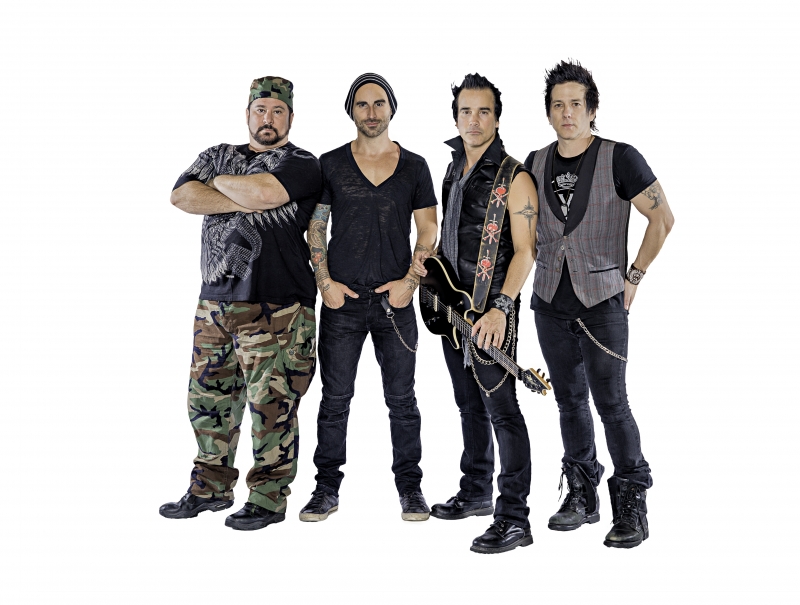 The 1980s and early 1990s was a wonderful time for music of any genre. Amongst the flood of hair bands, one particular group stood out. Trixter was fun, vivacious, a bit raucous, and despite their young age, the most accomplished of musicians. It did not hurt that the MTV generation lapped them up and made them top contenders for heavy rotation on not only Headbangers Ball but prime-time viewing. Vocalist Pete Loran, bassist PJ Farley, Drummer Mark ‘Gus’ Scott, and guitarist Steve Brown were instant heartthrobs and they appealed to a diverse audience.

The track  “Give It To Me Good” was an instant hit for the band. Then follow-up singles like “Surrender” and “One In A Million” gained just as much popularity and garnered the band a coveted spot on Warrant’s Blood, Sweat and Beers tour. The tour featured Trixter and fellow superstars Firehouse as the show openers, and even today, these three bands are featured together at one off shows and festivals. It was a daring package and was sold out for most of its run through 1991-1992. Trixter’s self-titled debut and its follow-up album in 1992, Hear!, produced some of the finest Hard Rock of the era and the band was going strong. However, the Grunge revolution threw many good bands off course and some did not recover until such a huge demand for their music ensued in this decade. It is to the extreme pleasure of many fans that Trixter has resurfaced. In 2012 the band released New Audio Machine. It was a strong comeback album and garnered positive reviews from not only fans but even the most jaded of critics. Now, in 2015, Human Era hits the shelves via Frontier Records and it is a solid record. The band has stayed true to their roots and there is not a bad song on the album.

The album kicks off with the anthemic “Rockin’ To the Edge of the Night” and barrels through “Crash That Party,” a no-holds-barred tune that easily segways into the softer, “Not Like All the Rest.” Loran still has the ability to croon his way into swoon-worthy status and the rhythm section of Farley and Scott is a force to be reckoned with. Brown’s guitar chops have earned him a top spot amongst players of this genre; he was even the guitarist selected to fill in for ailing Vivian Campbell on Def Leppard’s last tour.

Trixter has not lost their touch when it comes to the signature power ballad and “Beats Me Up” is a tearjerker from start to finish. “Midnight In Your Eyes” also creates a different atmosphere for the listener. It is heavier than what we normally expect from Trixter; both musically and emotionally. It has a gritty texture that the band has not experimented with before and Loran’s voice is in top form.

This is a band that knows what works for them and they stay true to their proven formula. The title track itself has a strong message of loyalty, friendship, and longevity; “Human Era” perfectly captures what the band has built over the past three decades. This is a band that was formed in a time before social media, before internet took over the average person’s daily news feed, and before handheld devices dominated people’s every waking moment. The chorus of the song sums it up perfectly with the line “Is it any wonder we’re still together, we built this in a human era.”

Other standouts on the album include “For You,” and “All Night Long.” The listener can hear the similarity to the first album in these songs, but also notices that there is quite a bit of artist development that enhances the new music. Trixter has experienced growth, but has maintained continuity. They still have the ability to make us laugh, make us want to rock out, or make us cry. Human Era is an experiment in the truth, a delving into thought and emotion, and absolutely worth a listen. CrypticRock gives Human Era 5 out of 5 stars. 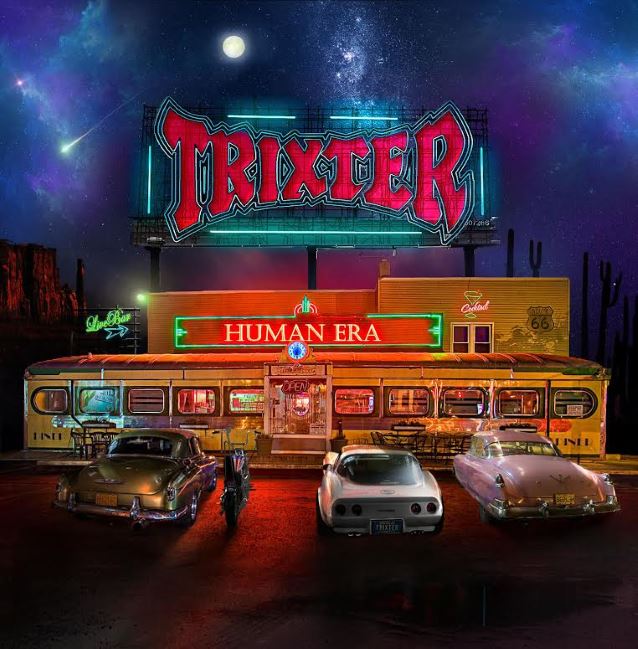