The award winning Tunnel is a South Korean example of a universal story; when a tunnel collapses around an ordinary man, he is forced to survive amid the debris while rescue teams try everything they can to dig him out. Originally released theatrically in the USA August 26, 2016, Tunnel finally made its way to DVD via We Go USA on May 2, 2017. Directed by Seong Hun-Kim (How The Lack Of Love Affects Two Men 2006, A Hard Day 2014), it is a film that gives Jung Hoo-Wa (The Yellow Sea 2010, The Handmaiden 2016) and Doona Bae (Cloud Atlas 2012, Sense8 series) a chance to flex acting muscles that is likely to draw well-deserved attention for years to come. 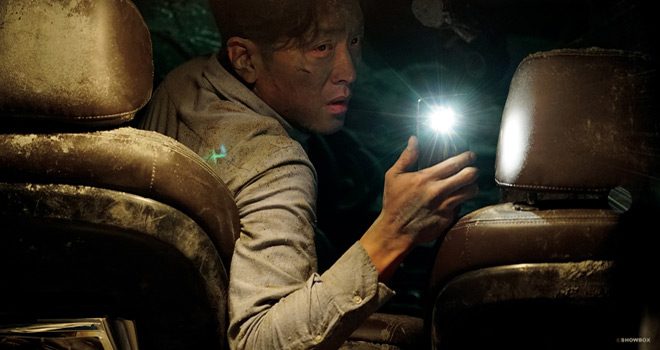 With some films, it is more productive to arrive at the conclusion first rather than build up to it. It allows a review to be more analytical, picking apart why a film earns this ultimate conclusion rather than building up to what this conclusion would be. Tunnel earns this structure, making it an excellent example of a film that quickly lays down its goals then achieves those goals confidently and powerfully.

Tunnel establishes its style quickly, setting up the necessary details of its world mostly through implication. It starts small and grows bigger from there, expanding outwards to include more characters but starting from a singular point of focus. It is streamlined and effective, particularly because of the strength of the production itself.

The cinematography of Tae-Sung Kim (A Hard Day 2014, The Himalayas 2015) in particular needs to be singled out. It manages to keep things clean and aesthetic, emphasizing much of Tunnel’s small-scale nature while never forgetting the theatrical grandeur of some of the terror. In fact, from the film’s opening, an audience member would be forgiven for assuming this might be an entirely different type of film from the one it ends up being – it opens hazy, cutting down on environmental distractions to give the camera an objective focus on the main character and his immediate surroundings. This is at first highly reminiscent of Japanese and Korean Horror, which often employs similar techniques to visually ground their characters in a ‘haze’ and heighten the possibilities for horror…but instead, Tunnel takes a more realistic direction and focuses on a form of horror that is entirely plausible for just about anyone who spends significant time on the road. 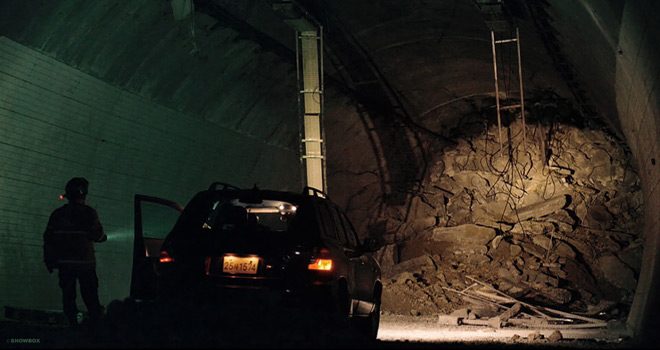 If one were looking for a cinematic reference point, 2015’s The Martian is a far more pertinent example of a similar film than other, more Korean films. They are both structured similarly, following both a protagonist who is stranded in desperate circumstances and the rescue teams trying to save him, and both balance the necessary humor the characters have to find in this stressful situation with the encroaching terror of finding that such a situation is stretching out longer than any of them ever expected.

On a structural note, it should also be stressed that Tunnel is not just successful on a macro scale, although it is very effective on a scene-by-scene basis too. The nuts and bolts of filmmaking are on fine display, put to good use to build and relieve tension with each specific sequence. A sequence at the beginning is shot and paced particularly well, pulling the audience into the world as it dramatically escalates the stakes with precise and gut-wrenching cinematography. 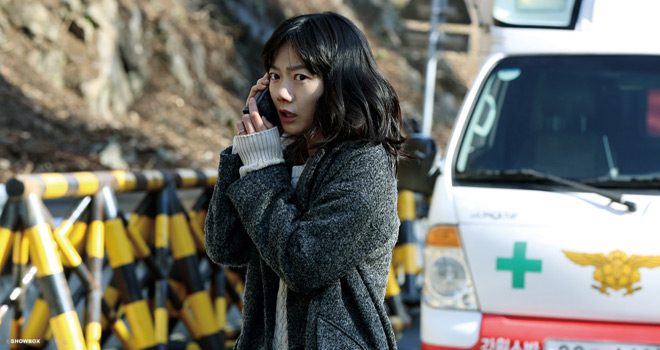 Naturally, all of this would still fall flat on its face without effective actors giving life to interesting characters. Thankfully there is no such issue here since the performances are appropriately understated, shying away from genre melodrama and sticking to a world expressed with more realistic and human shades. The power of the performances comes from the little things rather than grand proclamations, with the cast doing a universally admirable job at forming a cohesive unit tonally.

Ultimately, Tunnel is more than just the sum of its parts. All of these things add up to a lot more than just effective filmmaking, and Tunnel succeeds at being a riveting as well as fascinating experience. For these reasons, CrypticRock gives it 5 out of 5 stars. 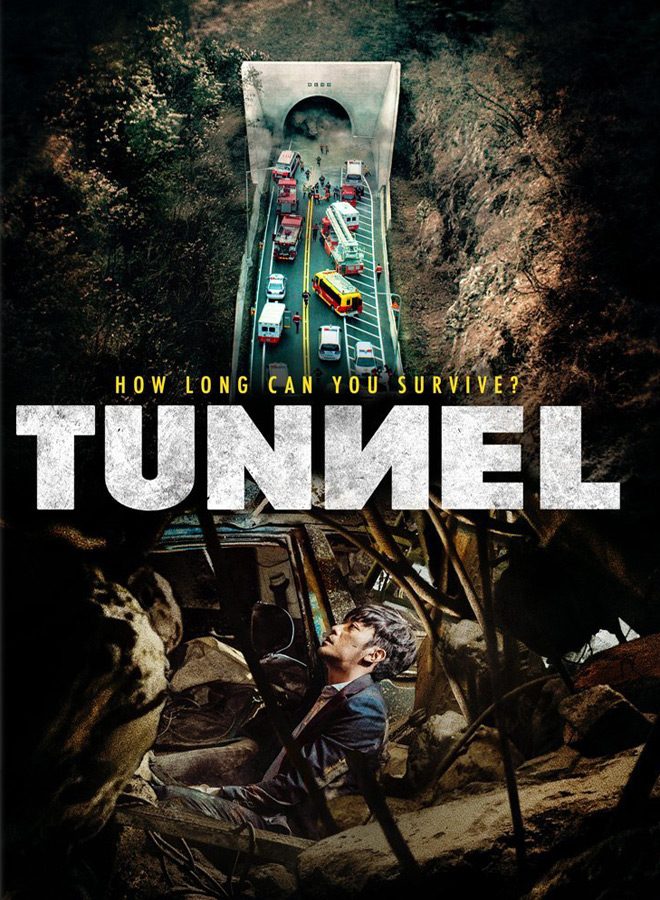