Finnish battle metallers TURISAS will return to North America this spring with co-headliners (and fellow Finns) KORPIKLAANI for the fifth installment of the Paganfest America Tour! Some of the finest names in pagan metal, CHTHONIC (Taiwan), VARG (Germany) and WINTERHYMN (USA), will also be joining the two titans on the road for this year’s crusade. See below for all confirmed dates. 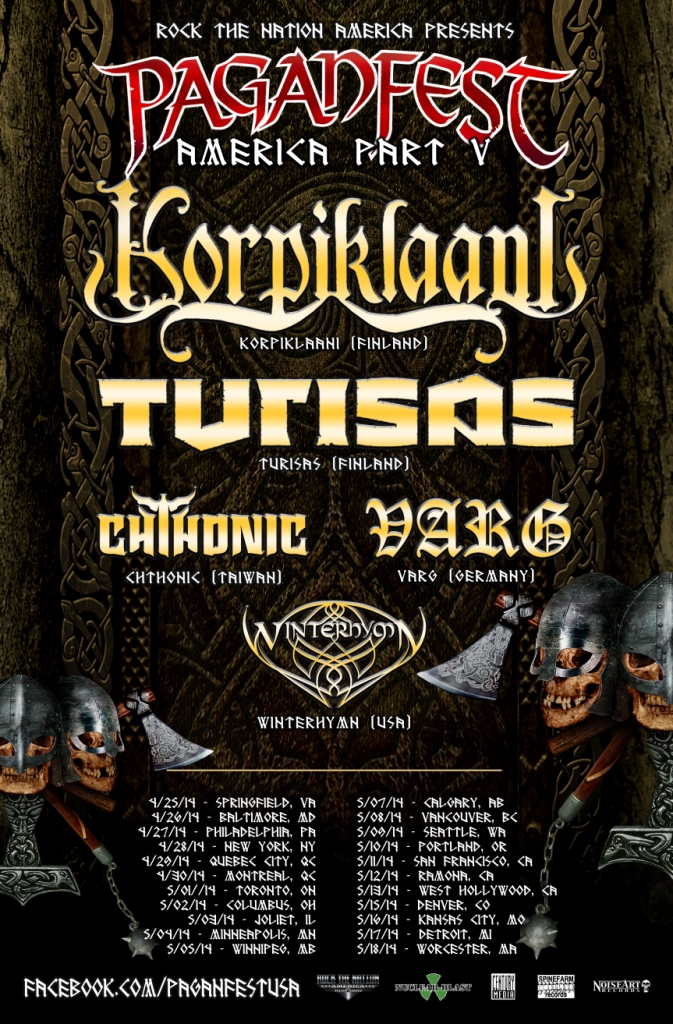