Lightswitch Films shines a light on a more familiar tale than a twisted one in the new film A Twisted Tale. The main story – a bunch of teenagers go to a camp in the woods, share a spooky legend, and the spooky legend turns out to be real and starts killing everyone. Sort of like 1980’s classic Friday the 13th, only instead of a summer camp, it is a hippy commune acting as an outdoors juvie hall for the teens. Instead of an urban legend about a human killer, it is a folklorish tale about the ‘Fire Lady.’ Then, instead of being a machete-wielding lunatic, the killer is a spooky, fire-starting spirit…hence ‘Fire Lady.’ It was that or being an undead firefighter. 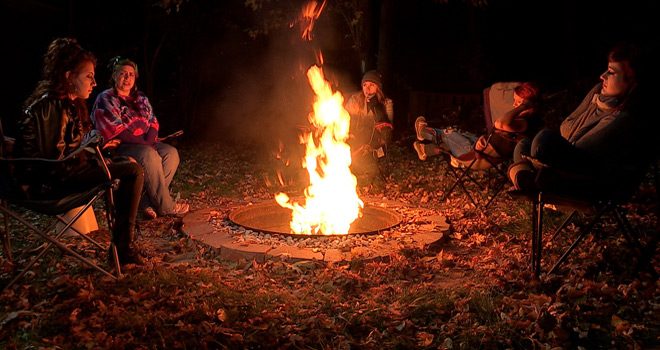 Released through Shami Media Group, back on April 6, 2017 on VOD, A Twisted Tale is the creation of Susan Engel and Debbie Fortner, the film’s producers and writers, with Engel in the directing chair and Fortner handling part of the costume duties under ‘Debz Thredz’- working largely on the hippy counselors’ tie-dyed shirts and accessories. The two have worked together since 2015’s short film Echoes.

Though, Engel has been writing, producing, and directing her own films since 2009’s Z Eye. She has even acted in most of her films, from being a wizard in Stinky Feet Musical in 2009, to Gretel Keller in 2017’s Haunted Maze. However, she decided to stay off the camera for this one, and focus on her other regulars. These include Danielle Luschen from Z Eye and 2009’s Blue Window, Cecilianna Arriola from 2010’s Crazy Gals and Haunted Maze, and Fortner herself as camp leader Barb Oshkinoggle.

That said, Cinematographer Loren Winkler and Composer Marcey Yates are batting for the guys’ side, alongside a bunch of beefy boys playing topless football on the riverside. Typical female gaze, objectifying the male form. It is not like male directors and writers have done that with female roles before or anything. Being serious, largely female film casts and crew are rare, so that does make Engel’s work stand out. The question remains; is this film any good? Is it worth going onto Amazon Prime or other VOD platforms to check out? Well… let’s see if we can get more in-depth on that. 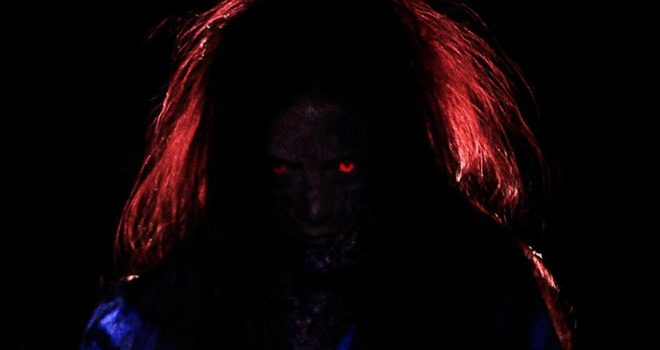 For one, it is not breaking the bank with the production budget. The camera quality is cheap, with so-so editing. It reminds one of Channel Awesome’s Kickassia or their other mini-movies. The sound seems to be suspect too, with the soundtrack coming in a touch too loud at points, and the characters delivering their lines over each other. The latter could have been a conscious decision, going for dialogue over indistinct murmurs for authenticity sake. It makes it harder to tell which lines are meant to be more important than the others. It just becomes a mess of words.

Another mixed bag of quality is the performances. They occasionally sound believable – the jaded camp counselors are convincingly jaded, the snotty teen girls are convincingly snotty, etc – but they just come off as cheesy and annoying the rest of the time. This is not to mention the performances that just are not up to scratch. Most of the footballers were making their acting debut, but given their brief readings clunked like a broken xylophone, they probably should not consider quitting their day jobs.

The special effects are not very special either. They have their moments, but they stick out badly, and look laughable at their worst. The steam rising off the burnt dead looks like they superimposed smoke from a candle over the screen. Though the biggest bugbear would be the script. It has its moments, with the odd funny gag or remark. It does not make the audience care about anyone on screen. The teens should be the main characters, but they barely get any build-up beyond snarking on everyone. They are just there to be fodder for the big baddie. 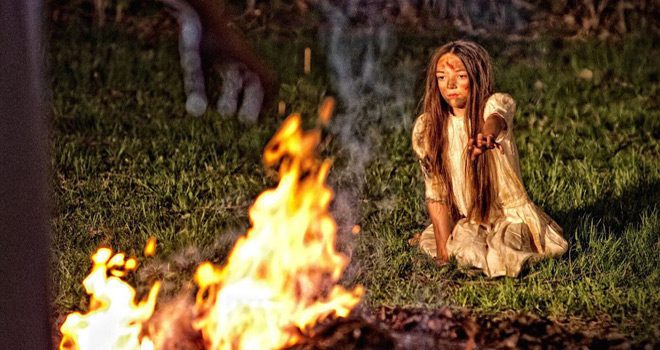 Natalie Pietl’s Fire Lady gets the most build-up, though that is because her spooky story is told around a campfire, and is backed up by weird cuts of her shuffling around the world’s smallest mental institution. Her makeup and design are good, looking suitably spooky and creepy, but Pietl’s twitches and shuffles feel more like she is doing an impression of a character than being one. She is a pyrokinetic version of Kayako, from 2002’s Ju-On, stalking the more forgettable cast members of one of the more forgettable Friday the 13th films on a shoestring budget.

There is little to recommend in the end. Yates’ Hip Hop soundtrack is pretty good if out of place. Yet, the snarky dialogue has its moments (“Hey Luigi, uh, where’s Mario?” “He’s in the back with your sister…”). It does not outstay its welcome either, being just 55 minutes long. Additionally, the dodgy effects, dodgy acting, dodgy camera, and dodgy story make up a less-than-stellar package. The less charitable could knock a half-star off the rating, but it has enough entertainment value to put it above 2014’s The Documentary. Thus, for these reasons, CrypticRock gives A Twisted Tale 2 out of 5 stars. 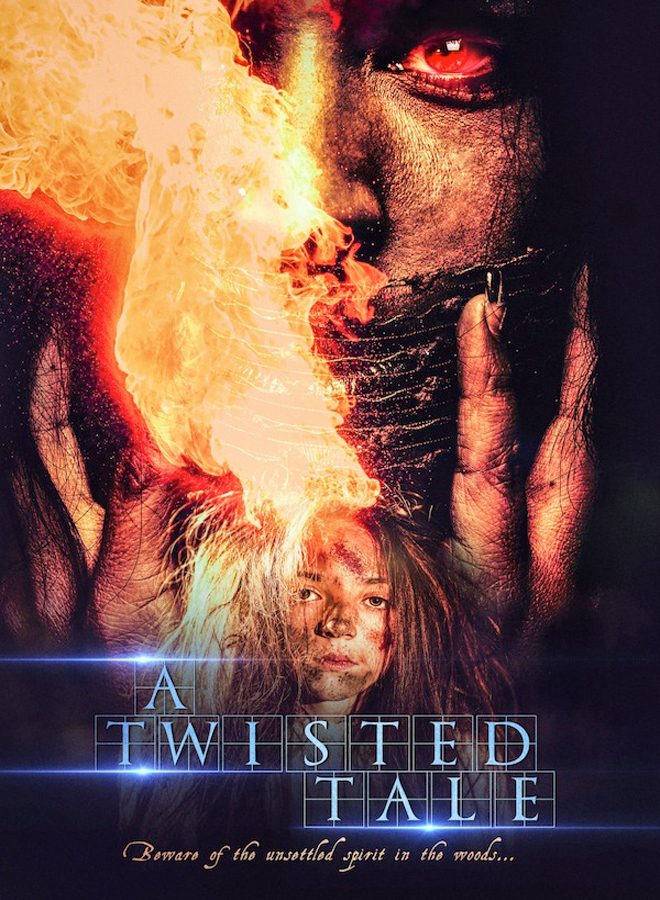