These days you will be hard pressed to name a more prolific artist than Ty Segall. The California singer-songwriter is about to release his tenth studio album since 2008. Yes, that is almost one album per year. Plus, he has a host of EPs under his belt, and even a tribute album to Marc Bolan. That is quite the back catalog. Currently backed by the Freedom Band, consisting of Mikal Cronin on bass, Charles Moothart on drums, Emmett Kelly on guitar, and Ben Boye on piano, Segall is set to release Freedom’s Goblin on Friday, January 26, 2018 through the Drag City label. It is a massive, sprawling record that is both a tribute to and a study of the history of Rock.

His music has been called many things from Garage Rock to Punk, and Freedom’s Goblin runs the gamut between these genres and many more. Segall clearly has drawn from a myriad of influences, many of which might not make sense together. The album is a compilation that sounds something like a Now That’s What I Call Music disc with a Classic Rock twinge. That is not necessarily a bad thing, but there are few threads that hold this album together.

At a whopping nineteen tracks, some of which run six plus minutes, Freedom’s Goblin was recorded in five studios in LA, Chicago, and Memphis, engineered by Steve Albini, F. Bermudez, Lawrence “Boo” Mitchell, as well as Segal himself. At first what can seem like an overwhelming under taking, the album will at the very least keep you busy with its hour and fifteen minute run time. That said, there is bound to be a track for everyone here, whether you like straight-up Classic Rock, swooping ballads, grungy Hard Rock, Punk, or anything in between, as Segall pays homage to all these genres. Still, with Freedom’s Goblin, Segall manages to leave his thumbprint on each track and make these genres his own.

Segall gave fans the first taste of Freedom’s Goblin with a CONAN performance of the album’s opener, the raucous tribute to Segall’s beloved pet “Fanny Dog.” Right off the bat, there is a strange transition between the boisterous “Fanny Dog” and the languid “Rain.” The orchestral sounds of “Rain” sound like they were drawn directly from a later Beatles’ album, and though it shares a name with a Beatles track, this one is still totally original.

The transition into one of the album’s first standout tracks, “Every 1’s a Winner,” is also jarring. A reimagining of Hot Chocolate’ late ‘70s Disco hit, the song is a hazy, Classic Rock-leaning piece filled with catchy guitar riffs and clanging drums that will keep you grooving. Putting his own spin on it, Segall uses falsetto vocals reminiscent of Jack White’s solo work.

Easily one of the album’s standout tracks, “Meaning” is a raging Punk banger dripping with heavy distortion and lo-fi sensibilities featuring Segall’s wife Denee, who is a member of the Punk outfit Vial, on vocals. Striking a similar raging chord is “Shoot You Up,” another fuzz-laden track that calls to mind images of New York Dolls with its drawling vocals and syrupy guitar riffs. The chugging fuzz of the guitars makes this track somewhat infectious and is sure to please the old school Rock fans out there.

Then there is “She,” which is another track that is heavy on the lo-fi fuzz and packed with a frenetic, ecstatic energy. Heavy on its wild instruments and light on vocals, this one is sprinkled with touches of Segall’s Heavy Metal roots. It is interesting to see how Segall pays tribute to the music that raised him while bringing these genres into the present.

A wild ride, Freedom’s Goblin is full of exciting and surprising moments with plenty of standout tracks. For these reasons, CrypticRock gives this album 4 out of 5 stars. 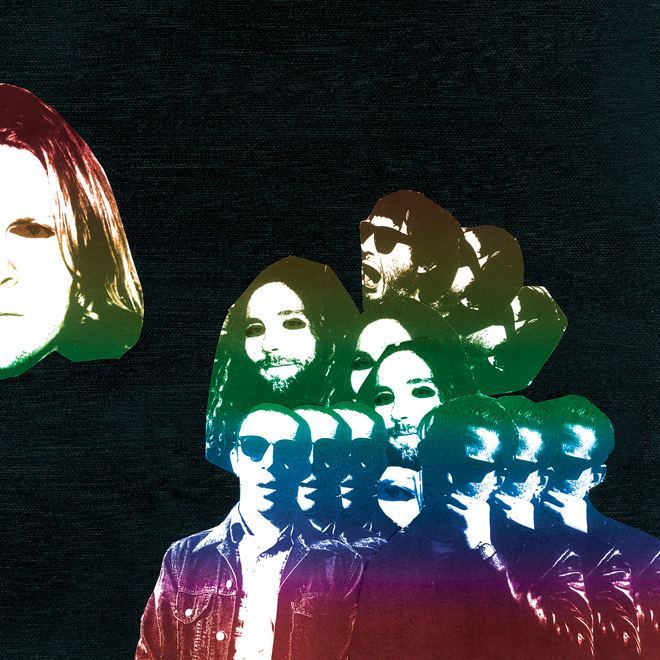 ^ = with Queens Of The Stone Age