Those who are familiar with Tyler Carter know that he has many faces when it comes to his musical endeavors.  In 2009, Carter was recruited as the clean vocalist of the American Metalcore band Woe, Is Me, where his musical career really started to take shape.  After his departure from the band in 2011, Carter started what was then a side project with friend Tyler “Scout” Accord called Issues, which has ultimately launched into a whirlwind of success that far surpasses his previous project.  Carter’s vocal style has been compared directly to that of fellow Rock vocalist Jonny Craig (Ex-Emarosa, Ex-Dance Gavin Dance) because of their Soul-based singing style accompanied by heavier music.  Stylistically, Carter’s vocals seem most suited for an R&B/Soul/Pop music style, but that was just not the type of music he has been known for.  His recent debut solo EP, Leave Your Love, released in Janurary 2014 via Rise Records, is Carter’s opportunity to break into that genre of music and showcase his vocals with the style of music he has always “loved and trained himself with” from the start.

Launching Leave Your Love is “Sophisticated” with an ’80s style synth melody, giving the entire song a sort of “old school” feel right off the bat.  On the track, Carter’s voice comes in smooth and confident, bouncing off the accents of the beat.  The lyrics come through very Pop, as he sings “She’s sophisticated, get it, yeah/ But she says she likes the bad boys/ Well baby I’m a bad boy.”  The title track, “Leave Your Love,” is where the emotion of Carter’s vocal presentation really starts to come out and shine.  This is where vocal riffing and layering carry throughout the song with a modern Pop/R&B beat, synths, and violins. The fine musical arrangements of melodies are infectious and memorable, even after the first listen.

The lead single off the EP, “Georgia” comes in the most upbeat of the six songs with a driving beat, although keeping a laid back feel. It becomes immediately clear why this track was chosen as the first representation of Carter’s latest efforts. There is an underlying high-pitched vocal melody, reminiscent of Sonny Moore’s solo project (pre-Skrillex), carrying through most of the song, adding a playful tone that contrasts with the breakup-themed lyrics. “So Slow” starts off just as its title foreshadows where Carter’s simple speak vocal forms into a slight rap underneath a soft, ambient pad, and melody.  An interesting song in particular, Carter wrote the lyrics and vocal melodies without any of the accompanying music which were later created by album producer and fellow Issues band member Tyler “Scout” Accord.  There is a natural progression from soft and slow to an upbeat and full sounding resolution before it comes to a full stop.  Carter’s voice follows the same progression as they crawl in with soft, but clear, diction and then crescendo in the chorus with added vocal layering at the end.

Fans of Issues will immediately recognize “Tears On The Runway Pt. 2,” featured on the band’s 2014 full-length with guest vocalist Nylo. Carter brings on “Tears On The Runway Pt. 1” on Leave Your Love, starting it off with a smooth pad and trumpet lead-in with a modern style R&B beat entering quickly, accompanied by Carter.  His singing on this track lean towards a style that brings us back to Usher’s “Here I Stand” in 2008, especially with his vocal riffing carrying behind the final chorus. He then leaves listeners reflective and open-hearted with “Find Me” ending the solo debut.  With a similar feel to “So Slow,” the song flows with an ambient pad carrying a soft, warm melody under the echo of the beat and Carter’s, again, Usher-reminiscent vocals.  The shining star of the track has to be the addition of a clean guitar that riffs alongside Carter in the breaks of the chorus and verse, adding a refreshing spin and separating itself from the rest on the album.  Toward the end, the guitar re-appears to soulfully play out the closing notes as the ambient tones dissolve underneath.

Tyler Carter has showcased his raw emotion and lyrical prowess in a genre that best showcases his natural vocal style, really for the first time on a grand scale.  The only hiccup of the EP is that listeners can easily get comfortable with the smooth, ambient R&B sounds that flow throughout the record, leaving them wanting an additional pick-me-up or change of pace.  However, Leave Your Love marks a defining moment in Carter’s career, leaving fans wondering and eager to watch for what is next in the singer’s career, both individually and in Issues.  For its infectious beat and smooth vocal melodies, CrypticRock gives Leave Your Love 4 out of 5 stars. 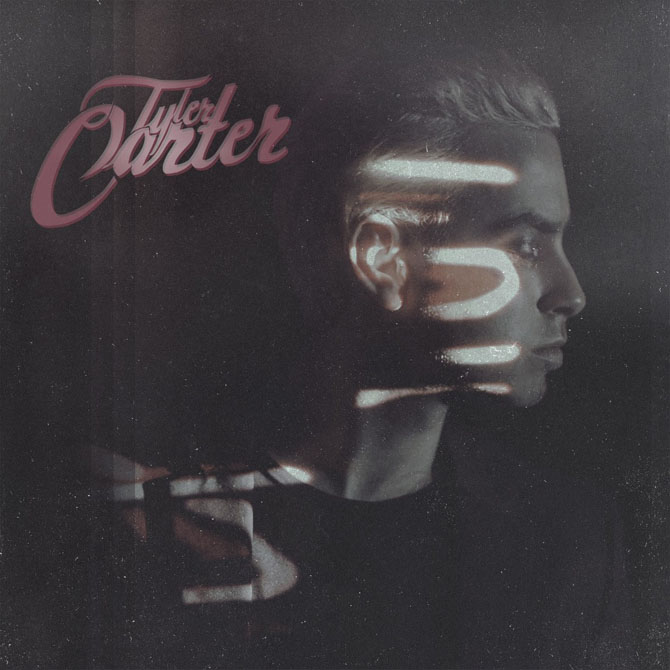 Dee Snider – Leave A Scar (Album Review)
Like the in-depth, diverse coverage of Cryptic Rock? Help us in support to keep the magazine going strong for years to come with a small donation.

Grayson's journey in photography began while touring the country playing music. Thinking back, it made sense that the main focus of his photography ended up revolving around music, because he was constantly in that environment - just on the other side of the camera. Grayson met Frank on the road when he interviewed his former band when CrypticRock was still fairly new. About a year later, Frank contacted Grayson, asking if he would want to join the CrypticRock team and start photographing shows out in the Bay Area. Here Grayson is, years later, and still loving all of it.