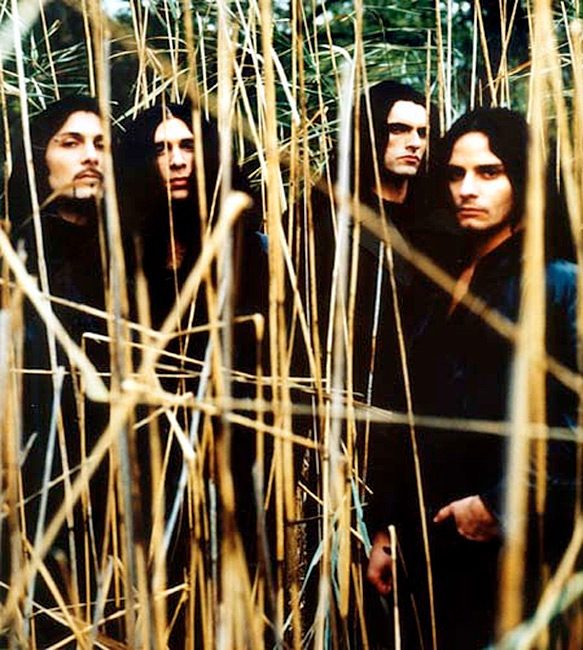 However, before discussing the end of Type O Negative, one must delve into their beginnings, so let us get started. Shortly after signing with Roadrunner Records in 1991, the band released their debut, Slow, Deep and Hard. For a first album, it was virtually a failure at drawing attention to the new band.

Containing Punk Metal outbursts, droning Industrial sonics, and macabre Gothic lyrics, the songs were long with epic titles such as “Unsuccessfully Coping with the Natural Beauty of Infidelity” and “The Misinterpretation of Silence and its Disastrous Consequences.” Topics on the album ranged from heartbreak to getting revenge on a cheating lover, and even contemplating suicide.

That said, the band’s musical influences were a schizophrenic collection of classics such as Black Sabbath, The Beatles, Pink Floyd, Deep Purple, Led Zeppelin, Judas Priest, Agnostic Front, Bauhaus, Joy Division, Cocteau Twins, among others, and it showed in their cacophonous music.

By no means would anyone ever refer to the album as a Metal Opera, but the songs were arranged in lengthy, triple-act movements. For example, “Unsuccessfully Coping . . . ” had three chapters – “Anorganic Transmutogenesis -Synthetic Division-,” “Coitus Interruptus,” and “I Know You’re Fucking Someone Else” – that formed the natural evolution of this one song. At just over twelve-minutes, this was just one song but still a weighty experience. It was an album full of intelligent titles that often read like a Biology textbook, meandering, emotionally raw lyrics, and Bach samples. Yes, samples taken from the works of Johann Sebastian Bach.

Slow, Deep and Hard is said to be a semi-autobiographical album – with heavy amounts of hyperbolic, black humor – based on a relationship in which Steele, the band’s main songwriter, was involved. As an example of their often perverse sense of humor, the cover of the album is a heavily blurred and distorted image of sexual penetration. Eighteen years after its initial release, Roadrunner Records would release a remastered version of Slow, Deep and Hard in March of 2009. Today, twenty-five years after that original release, Slow, Deep and Hard continues to be a true testament to Type O Negative’s earliest roots.

The band’s second studio album, The Origin of the Feces, would also lack commercial appeal and media acceptance. Recorded to sound like a live performance, Type O Negative went so far as to add crowd noises, banter with a fictitious audience, and even a song stopping because the venue supposedly had received a bomb threat. This dry humor was a much-beloved distinguishing characteristic of Type O Negative amongst their fans, a legion that was growing steadily at this time.

Then there was 1993’s Bloody Kisses, which would finally bring Type O Negative Platinum-level success. A perfect combination of their Doom Metal aesthetic, perverse humor, and just a dash of melody, this was the album that would be the pinnacle of the band’s career. Containing the singles “Black No. 1,” “Christian Woman,” and a cover of Seals and Croft’s “Summer Breeze,” this was the first album for Type O Negative and Roadrunner Records, as a label, to reach Gold and Platinum status. Type O Negative’s first video ever, “Black No. 1,” did absolutely nothing to harm their careers: portraying 6’8″ tall Steele as the Vampire that his rich baritone-bass voice suggested.

As the band began to tour the world and MTV, VH1, and Rolling Stone began to take notice, Drummer Abruscato would decide to leave Type O Negative for another Brooklyn group, Life of Agony. Scrambling to fill the vacated drummer-slot, Type O Negative would turn to their then drum tech, Johnny Kelly. By the time the band was entering the studio for their fourth studio album, Kelly would be a full-fledged member of Type O Negative.

The surprising popularity of Bloody Kisses would pave the way for the band’s next studio album, October Rust. Picking up where Bloody Kisses left off three years earlier, 1996’s offering continued to explore themes of sex and sensuality, always with that inherent sarcasm. Clearly Type O Negative were not a band to dally in their successes, and they took this opportunity to poke fun at themselves on the album. While not quite as successful as Bloody Kisses, the album was certified Gold in the U.S., and was the first Type O Negative album to enter the top half of the Billboard Top 200, debuting at No. 42.

The first single/video, “Love You to Death,” was released in August 1996. Visually, the video was a gorgeous Gothic spin on the “Red Riding Hood” fantasy, complete with the band performing in a forest amidst desaturated October foliage. The video hit the mark, visually, and represented the song perfectly. It was also somehow too glossy and slick, and too edited to ever truly represent the Doom Metal quintet. It was a reminder of what being on MTV required.

Second single/video, “My Girlfriend’s Girlfriend,” was the decidedly anti-Type O Negative track of the disc. Reminiscent of a 1960s Psychedelic Rock track that was lighthearted and conducive to dancing – with prominent organ work by Silver – “My Girlfriend’s Girlfriend” was perhaps Type O Negative’s twisted take on a love song: dedicated to the woman that Steele loves, as well as the woman that she loves. (Afterall, “my girlfriend’s girlfriend is my girl, too.” Or two.) The threesome was a fun, flirtatious ride that would bring the band the closest to Pop music as they would ever be. The video contained girls in go-go boots, feather boas, ’60s garb, a Twister board and a heavy dose of sarcasm. This was, of course, the era of Peter Steele’s (real name Peter Thomas Ratajczyk) infamous Playgirl shoot and the idea that the band were, in fact, sex symbols seemed utterly ridiculous, at best.

The third single, “In Praise of Bacchus,” was released to radio but never received a video treatment. A delicious dance with the Greek god of wine, lyrically, Steele laments about a walk down the Brooklyn streets, drinking to try and forget the latest woman to leave him. Perhaps she hates him for the booze, perhaps she does not. Only Bacchus knows, so we raise another glass.

Released in June 1997, the final single/video from October Rust was the Neil Young cover “Cinnamon Girl.” Only one band of an endless list who have covered the track, Type O Negative put their own special spin on the Young track, turning it into something decidedly Gothic and macabre. The video contained footage of the band performing live, complete with a crazed mosh-pit.

After October Rust, the band would release three additional studio albums, 1999’s World Coming Down, 2003’s Life Is Killing Me, and 2007’s Dead Again. The final offering from the band, Dead Again, was put out after the band left longtime label Roadrunner for Germany’s SPV Records. Interestingly enough, it debuted at No. 27 in the United States, making it the band’s highest chart debut of their career.

Tragically, on April 14, 2010, Steele died suddenly, reportedly from an aortic aneurysm. His loss was a shocking surprise to both band members, family, fans, and the music community at large. By November, Hickey and Kelly had announced to the music media that the band would not continue in the wake of their loss, thus ending the story of Type O Negative. In honor of Steele, in 2011, an oak tree was planted in Brooklyn’s Prospect Park where fans still hang tributes to this day.

Having briefly recapped the story, Type O Negative was a band full of a beautifully haunting doom, a perverse sense of humor, and intelligent, Gothic lyrics. With a large catalogue of seven studio albums, two best-of compilations, a limited edition VHS, and two DVDs to their credit, Type O Negative are a Brooklyn band who never coveted success – and perhaps expected failure – but instead brought a fresh breath of rancor and doom to the Metal scene. It seems hard to believe that October Rust and Slow, Deep and Hard are twenty and twenty-five years-old, respectively, but time has shown them before to be important parts of history for The Drab Four. 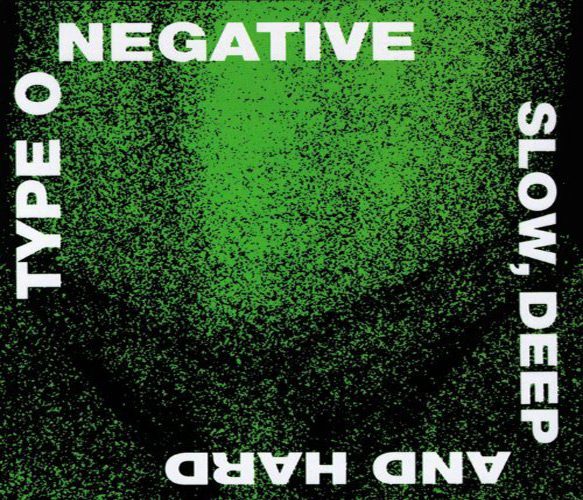 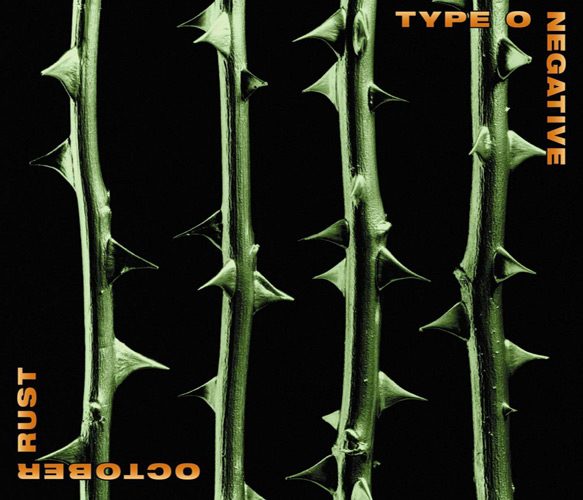