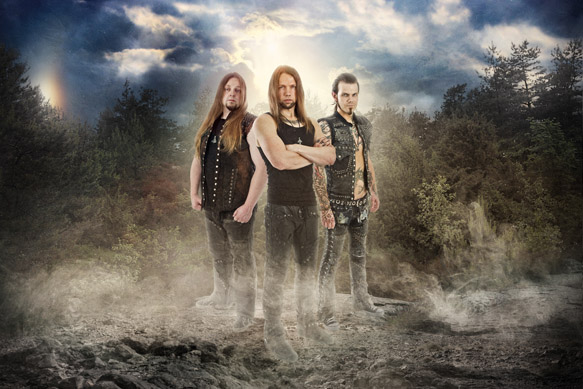 Seven quality albums in eleven years might seem like too tall an order for most bands. For Faroese pagan metal warriors Týr, its simply business as usual. After all, the people of the Faroe Islands are no strangers to hard work. The hardy fishing industry upon which they rely depends on an unyielding work ethic, so it should come as no surprise that their brightest metal export exhibits the same productive attitude. Lumped in with the oft maligned folk metal explosion of the 2000’s, Týr offers so much more than what one might expect from that subgenre, particularly on sterling new album Valkyrja.

Henri Joenson, on lead vocals and guitar, Terji Skibenæs on lead guitar, and Gunnar H. Thomsen on bass round out a lineup that recently experienced some upheaval behind the drum kit, as long time skinsman Kári Streymoy had to leave due to a back injury. Together the lads have delivered a master stroke of anthemic heavy metal guaranteed to please the hordes as well as baptize some new disciples to the cause. It is important to approach Týr as one might the Blind Guardians and Manowars of the world as opposed to the Korpiklaani’s and Finntroll’s. The eleven compositions on Valkyrja may be lyrically steeped in Norse mythology, as well as influenced by traditional Faroese melodies, but make no mistake. This is a power metal record at its heart, minus much of the cheese and vocal histrionics so typical of that genre.

The new album on Metal Blade records kicks off strong with ‘Blood of Heroes’, replete with juicy riffs and an infectious chorus, carried by Joenson’s robust vocals and a shout-along chorus that will not leave your head for days. It needs to be reiterated – Joenson’s voice may be Týr’s biggest strength. He possesses one of the best voices in metal today. The uplifting drive continues on ‘Mare of My Night’, with third track ‘Hel Hath No Fury’ exhibiting some of the atypical time signatures the band has become known for. After speaking of the fury of women scorned, ‘The Lay of Our Love’ comes off as . . . a ballad? Yes, and one with female vocals to boot! Fear not, metal hordes, Joenson is up to the task. Complete with a wonderful suite of guitar solos the song manages to sit nicely alongside the others on the album. Marching onward, ‘Nation’ returns things to familiar territory. ‘Another Fallen Brother’ could have been penned by Blind Guardian, the vibrant and orchestral track steered by Joenson’s voice as surely as a long ship through enemy waters. Just when things might be getting a little repetitive, the pace is broken up by the traditional melodies of ‘Fanar Burtur Brandaljod’, sung in the ancient tongue of Týr’s people. Its latter half is punctuated by a kick-ass solo, ensuring the tune has some bite to it. The album’s penultimate song, ‘Lady of the Slain’, may even be its strongest track, melding Týr’s unique style with the driving guitar attack of power metal. Again some amazing solos. Pay attention at about 1:55 to 2:29 . . . might just be the strongest half-minute on the whole record. The title track brings the new songs to a close, starting off slow but building in power, the crash cymbal and rising guitars heralding a galloping melody and an almost Metallica-like verse. But the best is yet to come. The bridge and chorus is certain to leave fans breathless. Last two tracks are without a doubt the best on a very good album.

Speaking of last two tracks, Týr tries their hands at two very ambitious cover songs here, in the form of stone cold classics ‘Where Eagles Dare’ by Iron Maiden and ‘Cemetery Gates’ by Pantera. Many fans have their doubts about covers, well, cynics can check their ‘tudes at the door; Týr do an outstanding job on both, not an easy task. Joenson’s voice is flat out amazing. Period. Check this record out, folks. Cryptic Rock gives Valkyrja 4.5 out of 5 stars. 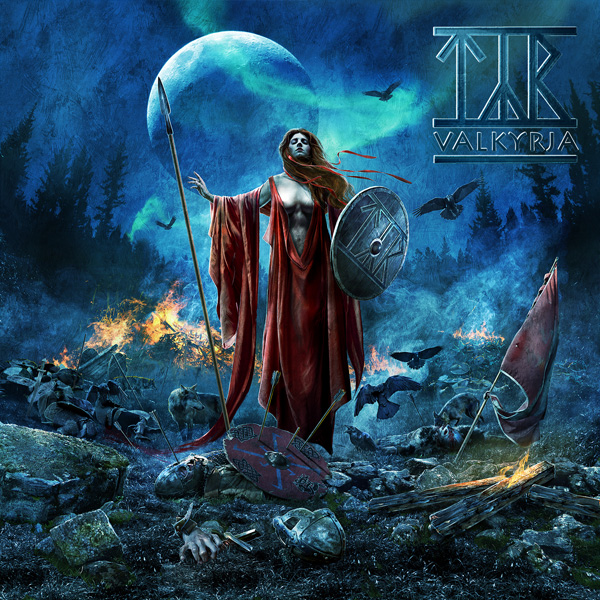