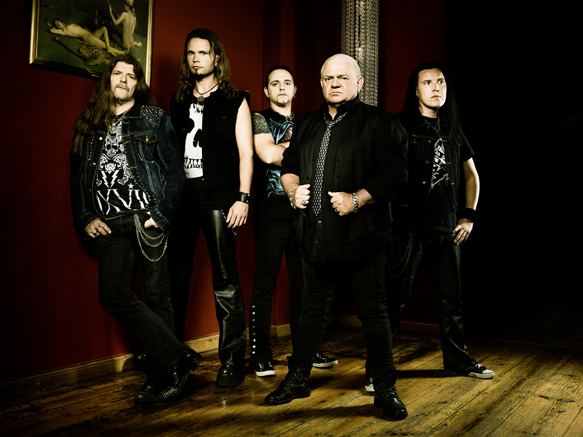 One of the most unique vocalists in the history of Heavy Metal may also be the most prolific, and yet Udo Dirkschneider gets far less credit for pioneering and defining the genre than he deserves. Fans of Metal will remember Udo’s two decade plus run with Accept. Originating in Soligen, Germany, Dirkschneider and Accept shaped the Speed/Thrash Metal scene. Commercial success evaded the band until the 1983 release of their fifth album, Balls to the Wall. The title track pushed this record to gold status in the U.S. In 1985, Accept saw the release of  Metal Heart, produced by Scorpions producer Dieter Dierks. Russian Roulette (1986) followed and would become the last recorded voice of Dirkschneider until 1993, when he returned for three more recordings, with his final release apart from Accept with 1996’s Predator. Upon his initial departure from the band, 1987 brought Dirkschneider’s Animal House under the name U.D.O. The entire record was written by his former band mates in support of Dirkschneider. Since then, U.D.O. has released thirteen studio records, five live albums, and has become a dominant force in Metal. Today, the current line up consists of Dirkschneider on vocals, long-time bassist Fitty Wienhold, Andrey Smirnov and Kasperi Heikkinen, two new additions on guitars. With a respected history in Thrash Metal, U.D.O. returns in 2015 with their fifteen track record, entitled Decadent via AFM Records. Produced by Martin “Mattes” Pfeiffer and Dirkschnieder himself, the album also features mastering by Jacob Hansen (Volbeat), while being the final record to feature Francesco Jovino on drums.

Decadent marks a return to complex song structure, meaningful lyrics and chunk heavy riffs that made 2007’s Mastercutor a financial and critical success. The arrival of Heikkinen and Smirnov on guitars has once again solidified a line up that has seen many changes over the years. While Smirnov appeared on Steelhammer in 2013, this is the first time for Heikkinen in the studio, who proves he belongs there with solid writing and a great performance. A solid start, the record starts off with an old school, straight ahead metal thrasher called “Speeder.” Next is the title track “Decadent,” which is easily a standout on the album. Speaking to the plight of the unfortunate due in part to the wasteful lifestyle of the privileged, U.D.O. strikes a precarious balance between heaviness, message and catch, and it works well. Next up is “House of Fake,” a driving, churning indictment of modern politics and corruption, and a real face puncher. Things slow down and gain intensity with “Mystery,” which is vocally more melodic than the rest. On this song, Dirkschneider begins with his unique, growling style that fits the deep, stomping march and then brings in a bit of the maniacal.

Moving on, “Pain” is a more mainstream tune with a great melodic chorus and done very well by Dirkschneider and Wienhold. Featuring a wonderful spoken word section, it is an unexpected break that works and also speaks to the band’s desire to challenge their own Metal tradition. “Secrets in Paradise” begins with a sweet acoustic intro flowing into pure, clean vocals by Dirkschneider, which shows yet another side of this Metal virtuoso. It is a ballad that showcases U.D.O.’s band chops and yet another stand out track. Things quickly escalate with “Meaning of Life,” where Jovino commands the drum kit, providing the double bass engine to this Metal steamroller. Reminiscent of his days with Accept, Dirkschneider speaks to his fans in “Breathless” while Smirnov and Heikkinen deliver blistering leads over complex, diversified rhythms. As another catchy, heavy track, U.D.O. has found the formula to deliver a memorable, hook laden Metal track without betraying their most hardcore fan base. Next is “Under your Skin,” thrashing all the way through with the lyrics, “Like a needle under your skin.” Dirkschneider wrote evocative a lyric that brings to mind a subcutaneous invasion. A freight train drum beat feel is deeply rooted by Jovino, who once again kicks the audience in the face with his double bass brutality, and Wienhold who is at the very deepest depths of U.D.O.’s heaviness. “Untouchable” brings fans back to a Balls to the Wall style, and yet has its own identity. Gang vocals highlight this anthemic, classic Metal tune, along with shredding guitar trading back and forth between Smirnov and Heikkinen. As the final two songs on the album, “Rebels of the Night” is a straight down the pipe Speed Metal piece, while “Words In Flame” is a diverse and engaging recording, using an orchestral element which is subtle yet extremely effective.

Decadent is a classic Heavy Metal record which many may be consider to be old school. While there are old school elements throughout, this record sounds fresh with stellar production by Dirkschneider, Wienhold and Pfeiffer, and some ambitious writing by the collective. Dirkschneider sounds amazing with all the grumble, growl and screech fans have come to expect, with a few new twists thrown in, proving that he is a true Metal legend. They are not trying to reinvent the wheel, there is no need. Genres and labels do not apply. U.D.O. has successfully brought their classic style to today’s scene and remind Metal fans once again what true Heavy Metal sounds like. CrypticRock gives Decadent 4 out of 5 stars. 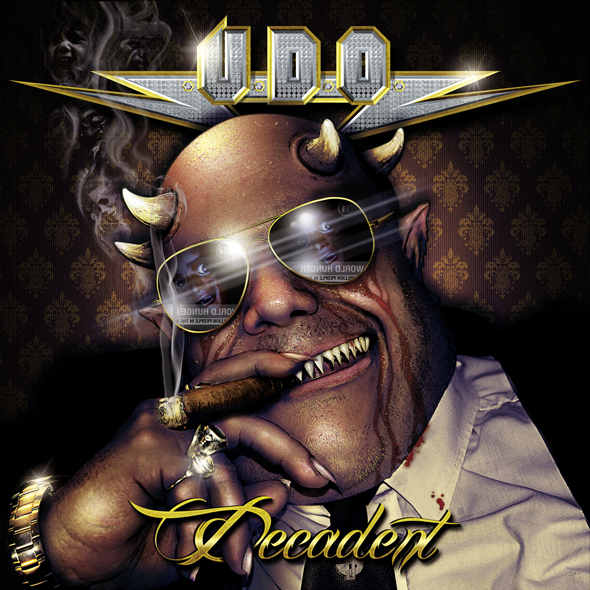 Decadent is due out February 3rd 2015.  Pre-order a copy on Amazon & iTunes