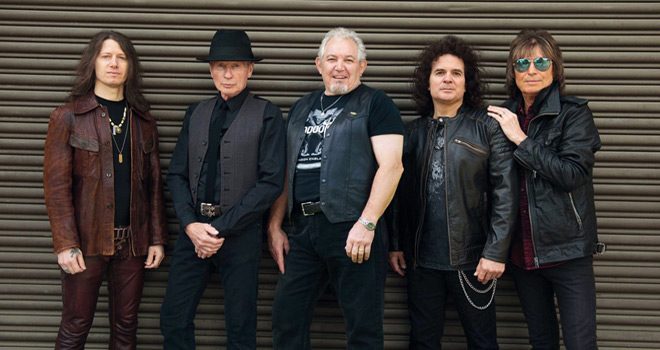 After a career that has been going strong for 48 years, including 22 studio albums, 14 live recordings, and 16 compilation albums, what is left for the legendary British Rock band UFO to do? How about release their first ever album paying respect to Rock-n-Roll history and their own personal favorites? Brilliant idea, and it comes in the form of their most recent album, The Salentino Cuts, released on September 29, 2017 via Cleopatra Records.

To many youngins, UFO has always been a logo they would see on t-shirts or drawn on the older kids notebooks in school. Who exactly are UFO? Well, they are considered one of the most important Hard Rock acts of all-time. Influencing countless other Rock-n-Roll bands, UFO was even ranked number 84 on VH1’s “100 Greatest Artists of Hard Rock.” This is not a nostalgic trip down memory lane though because UFO have been alive and kicking for nearly five decades, touring and recording new music. Still consisting of original members Phil Mogg on vocals and Andy Parker on drums, Keyboardist/Guitarist Paul Raymond joined the band in 1976, Lead Guitarist Vinnie Moore has been a permanent member since 2003, and Bassist Rob De Luca joined up in 2012.

All this being said, UFO, being a Classic Rock band, sticks to the basics – guitar, bass, drums, keyboard, and strong vocals. With The Salentino Cuts, if it all sounds familiar, it is probably because it is! They handpicked some of the most familiar and loved Rock songs to include on this 12 song collection. From The Yardbirds’ “Heartful Of Soul” to the Doors’ “Break On Through (To The Other Side),” they kick it off in grand style. Adding their own touch, De Luca’s bass groove adds something that you never knew was missing. This is layered on top of Raymond’s keyboards and Mogg’s Jim Morrison-like cadence on the Doors cover, making for something special.

The familiarity continues through the next few songs, including Steppenwolf’s “The Pusher,” John Mellencamp’s “Paper In Fire,” and Mountain’s “Mississippi Queen,” one of the greatest songs ever. Who does not love that song! A little less dynamic than the original cut, UFO’s rendition still makes you want to sing along.

While these are all classics, UFO does a nice job of not sticking to the obvious and cover a wide array of songs outside their genre. One that really stands out is their take on Bill Withers’ “Ain’t No Sunshine” where Mogg’s narrative style and deep voice gives the song a remarkable amount of feel. The smooth bass line adds to the deep emotion while Moore pulls you from the abyss and seems to add a glimmer of hope. On the flip side, Robin Trower’s “Too Rolling Stoned” is a fun Rock jam with whammy pedals, drum fills, sweet groove, and smooth riffs.

Overall, Mogg and the boys add grit and style to these classic songs. These songs are born from the generation of Classic Rock before today’s listeners grew up, and UFO offer a great history lesson! All this said, The Salentino Cuts solidifies UFO as a Rock icon who can still deliver and is showing no signs of slowing down. For these reasons, CrypticRock gives The Salentino Cuts 3 out of 5 stars. 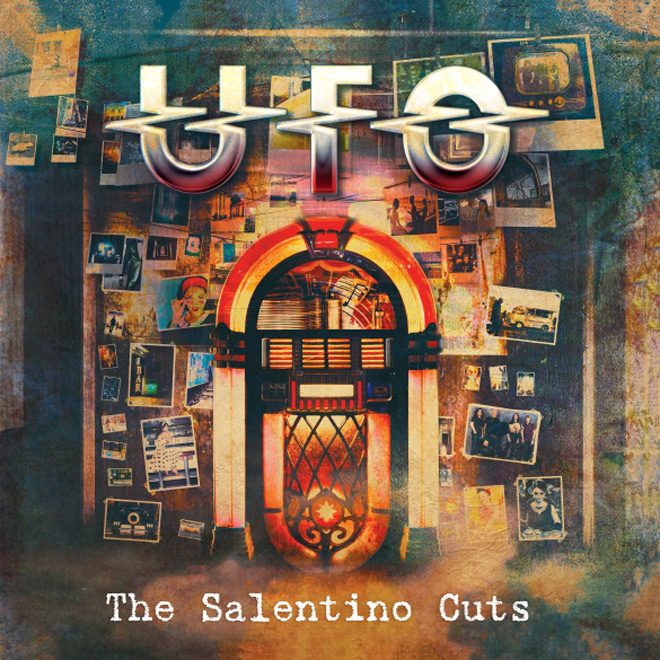